The Wirebug and Palamute are significant upgrades to how you can climb walls and vines. 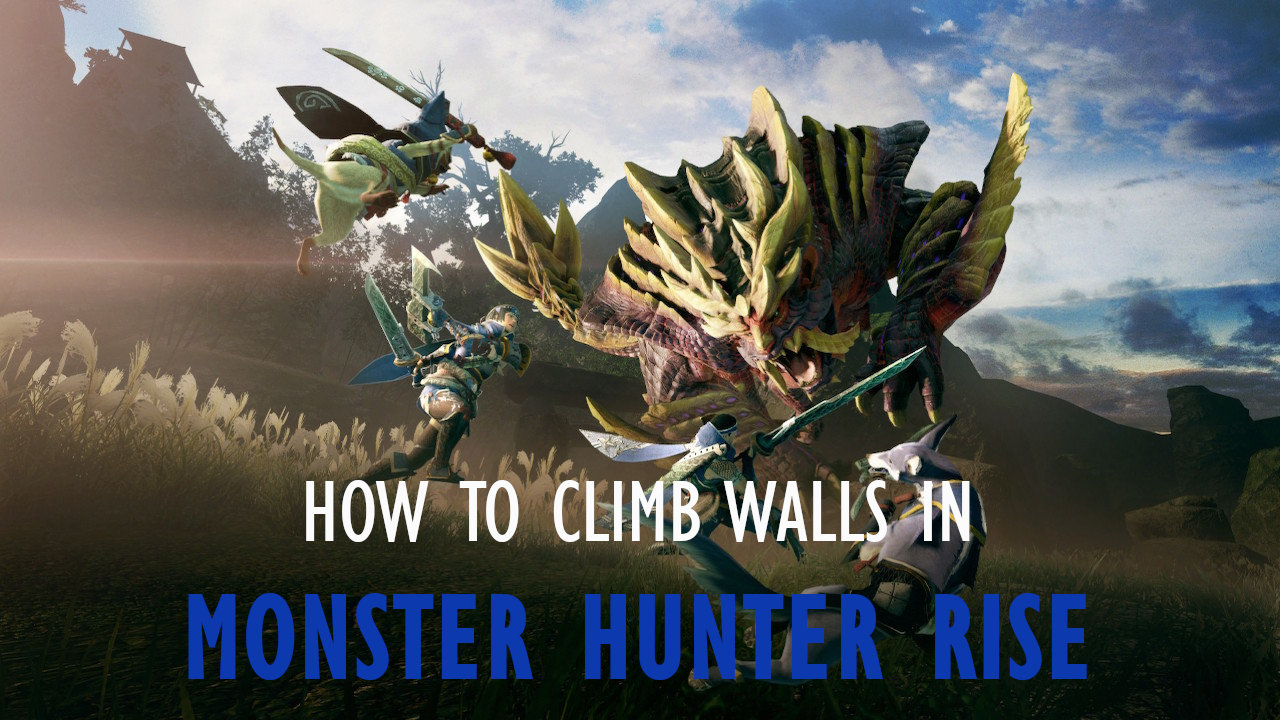 Monster Hunter Rise has a lot of systems that are self-explanatory for veteran players of the series, and how to climb walls is one of them. What if you just started playing the game though, either the demo version or the official release, and you are having trouble understanding such a ‘simple’ task? Then look no further, since nothing is simple in the Monster Hunter franchise, as everything has something more to it, being of technical nature or anything else.

How to climb walls in Monster Hunter Rise (MH Rise)

Even such simple in nature actions like climbing walls have received a lot of changes throughout the long span of the series, and Monster Hunter Rise kept the tradition going and added some extra features in the game that let you climb walls faster than ever before.

There are a lot of surfaces you can grab on to and climb. Vines, ropes, trimmed stones and more. To do so, while you control your hunter, you just need to get close to any of these and either walk or run towards them. The character will start climbing, and if you hold the R button, he or she will climb faster. This is the bread and butter as to how you can simply climb walls, but there is way more to it in Monster Hunter Rise, than any other entry prior.

First of, your new Wirebug tool can also let you climb walls. Aim with ZL anywhere on the wall you want, lash yourself to it and the hunter will start climbing, while also having the option to jump with force on the opposite of the wall, elevating you a little further. If the wall is a short one, without any surface to climb on to, then if you click ZL+X towards it, your hunter will make a short sprint upwards the wall, then make a fabulous jump.

Additionally, there is one more way to climb walls now in Monster Hunter Rise. That would be with the help if your new companion, the Palamute. Palamutes are fascinating animals, helping you in many more ways than you could imagine. Climbing is one of them, since you can climb walls extremely fast, by riding your Palamute. As you ride it, run towards the wall holding R, and the Palamute will start sprinting like a spider the specific surface. Also, they can jump with ZR, so they can literally bypass shorter walls with ease. Let it be mentioned that none of the above methods require Stamina, except the Wirebug’s short sprint and jump.

With that, you now know everything as to how you can climb walls and jump over certain obstacles. Monster Hunter Rise is set to release on March 26, for the Nintendo Switch. For more guides about the game, make sure to check our extensive list right here.