Monster Hunter Rise – How To Find All Lava Caverns Sub-Camps

Where to find both sub-camps. 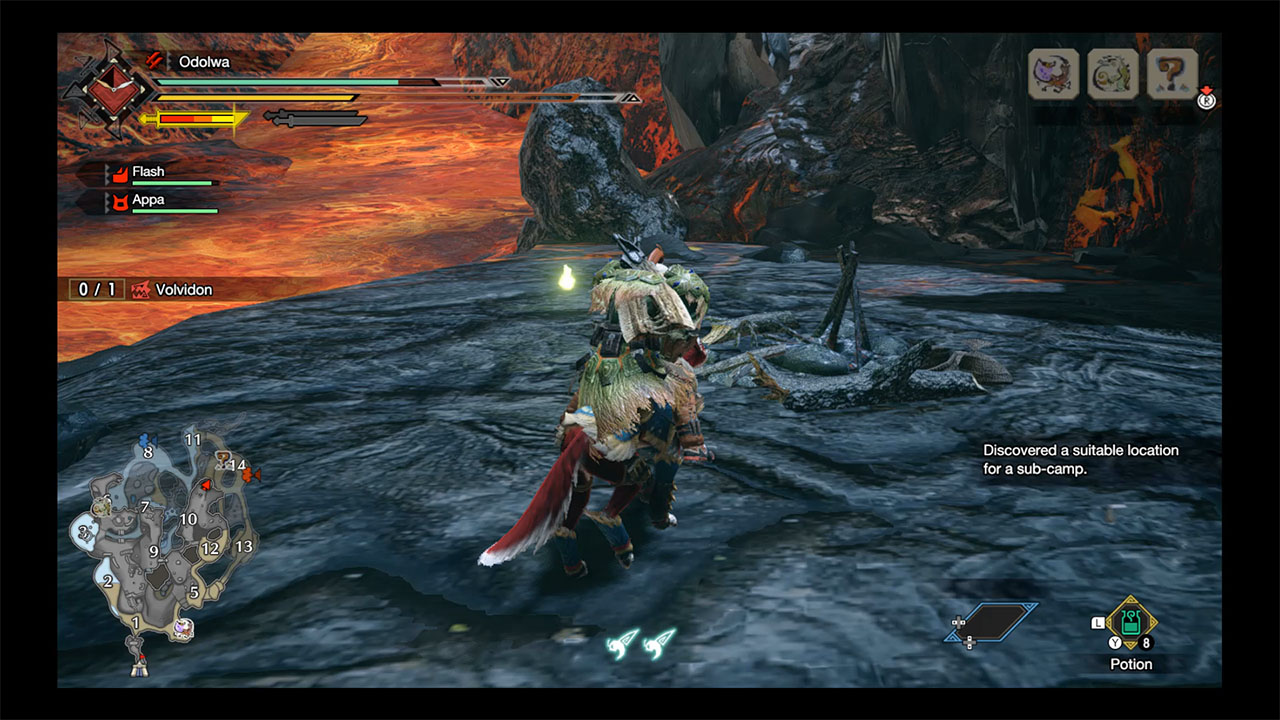 The fifth and final area in Monster Hunter Rise is known as Lava Caverns, which is set around a giant volcano. Unlike the previous stage, Flooded Forest, that only had one sub-camp, the final area has two for you to find and unlock. This guide will tell you just where to find and how to unlock both of the sub-camps in Monster Hunter Rise’s Lava Caverns.

How To Find All Lava Caverns Sub-Camps 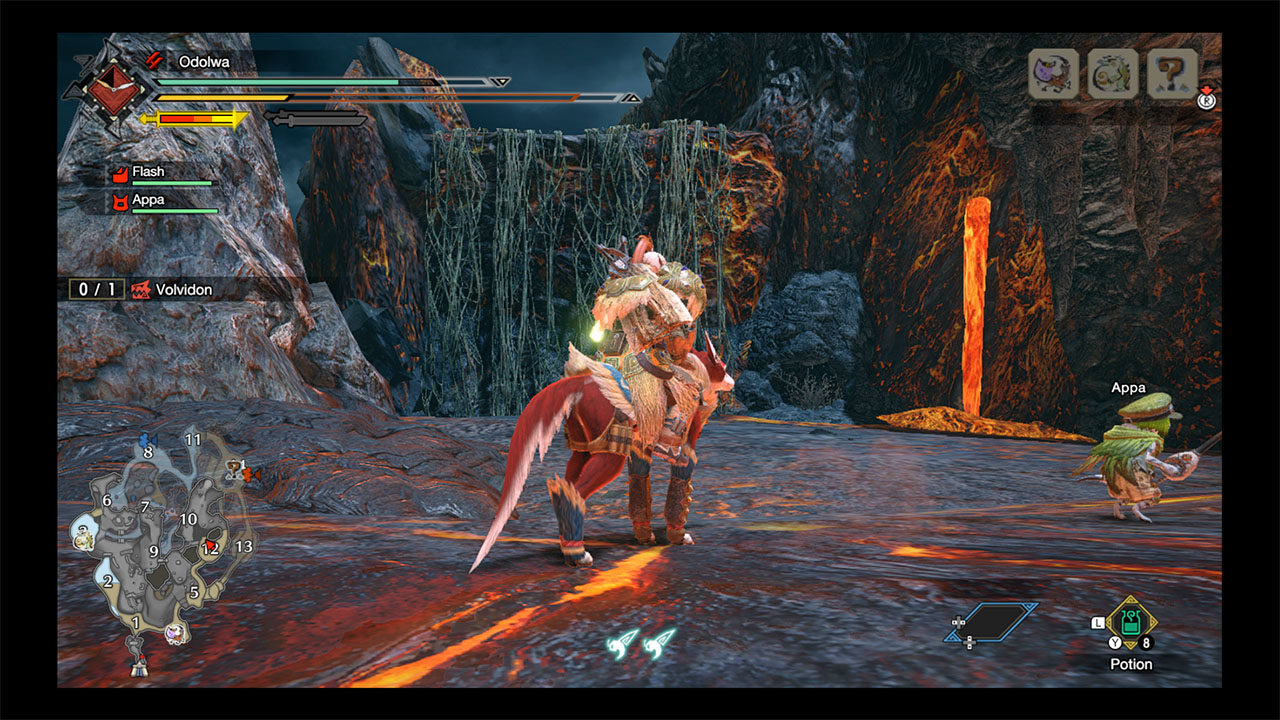 Lava Caverns can be a bit of a confusing level to navigate due to the different levels, but start off by heading to zone 12. From there, look to the west and you should see a vine wall that you can climb. Do that and then you’ll see another vine wall in the distance that is facing north, so climb that as well. Now head north on this mountain and be very careful not to fall. This is especially the case near the end of the pathway, where you will find a big hole that you can fall down. Make your way to the most northern part of this upper path and you’ll run across the camp at the location seen in the image at the top of this article. Just make sure you get the “Discovered a suitable location for a sub-camp” message and head back to the village. 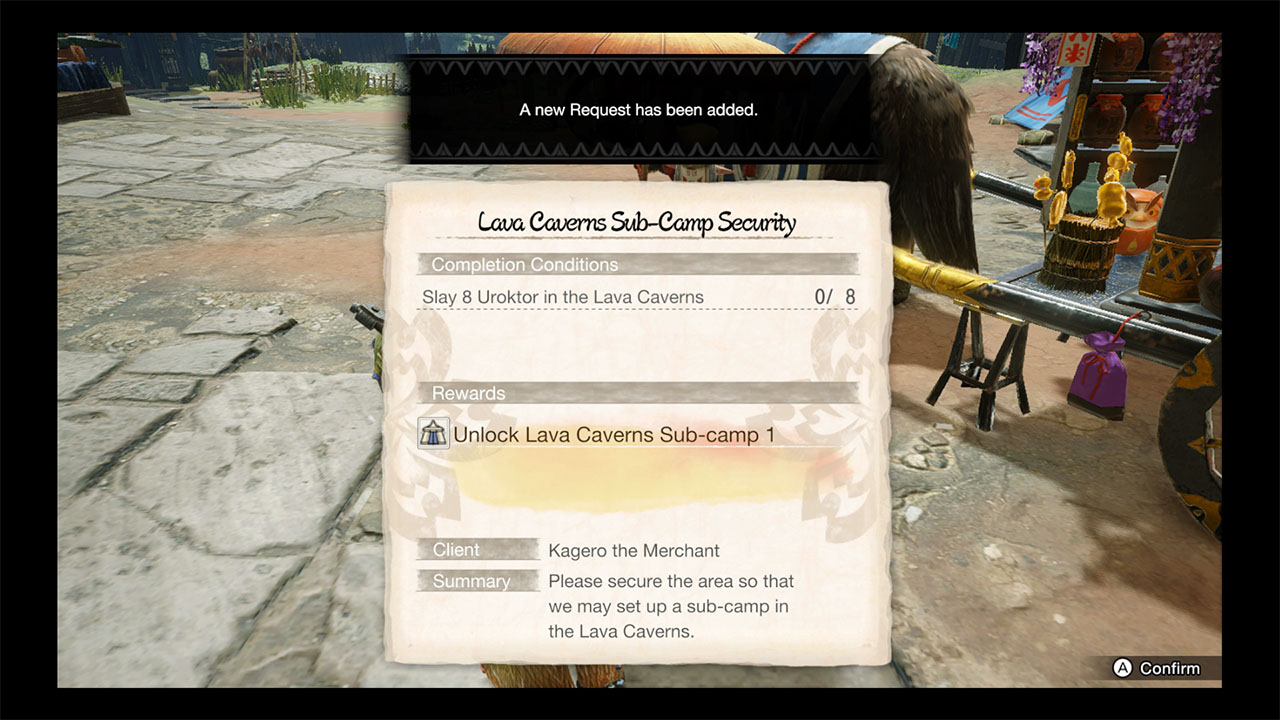 After you return to the village, speak with Kagero the Merchant and he will give you a new quest. This quest asks you to slay eight Uroktor in the Lava Caverns, so go complete this quest for him. Return and speak to Kagero again after doing so and you’ll unlock the first sub-camp for the Lava Caverns. 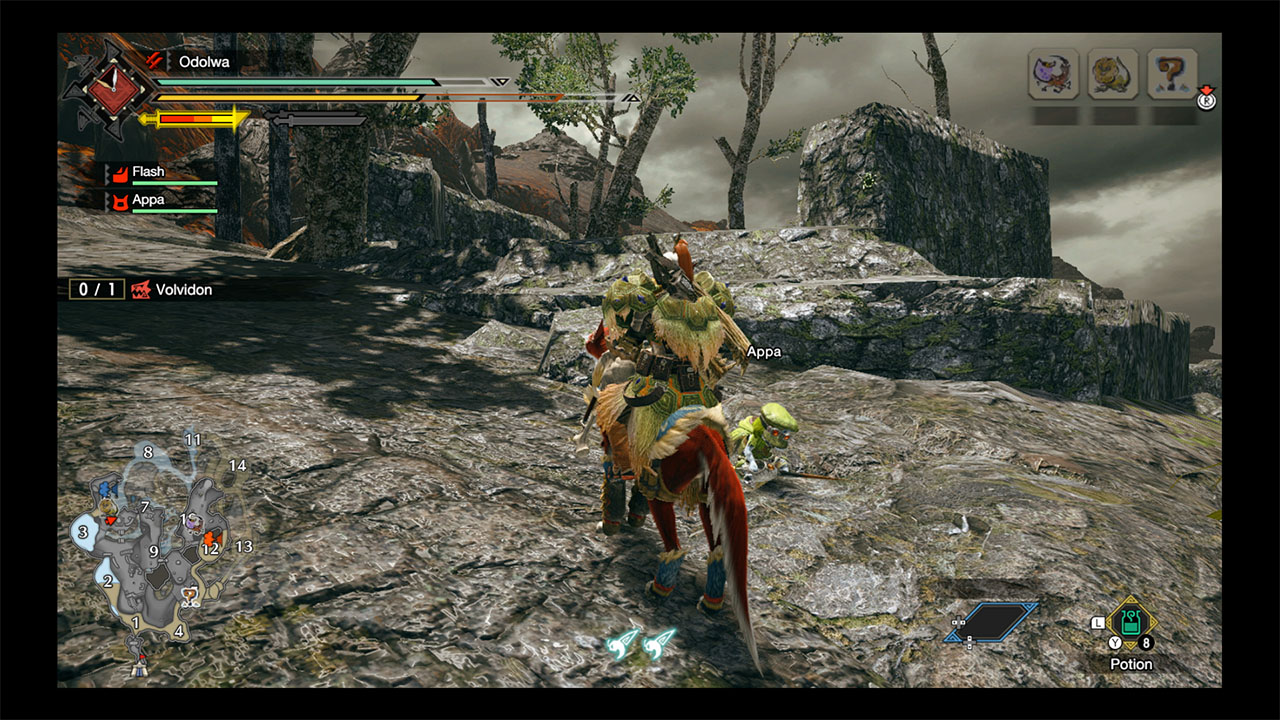 The second sub-camp can be found up near zone six on the upper level, so start off at base camp and take the vine just north of zone one to get on the upper level. Now make your way to the northwest and stay on this level. Eventually you’ll come across the area just southeast of zone six as seen in the above image. All you have to do is walk into this area and you should get the “Discovered a suitable location for a sub-camp” message. Once you have gotten this, you can head back to the village. 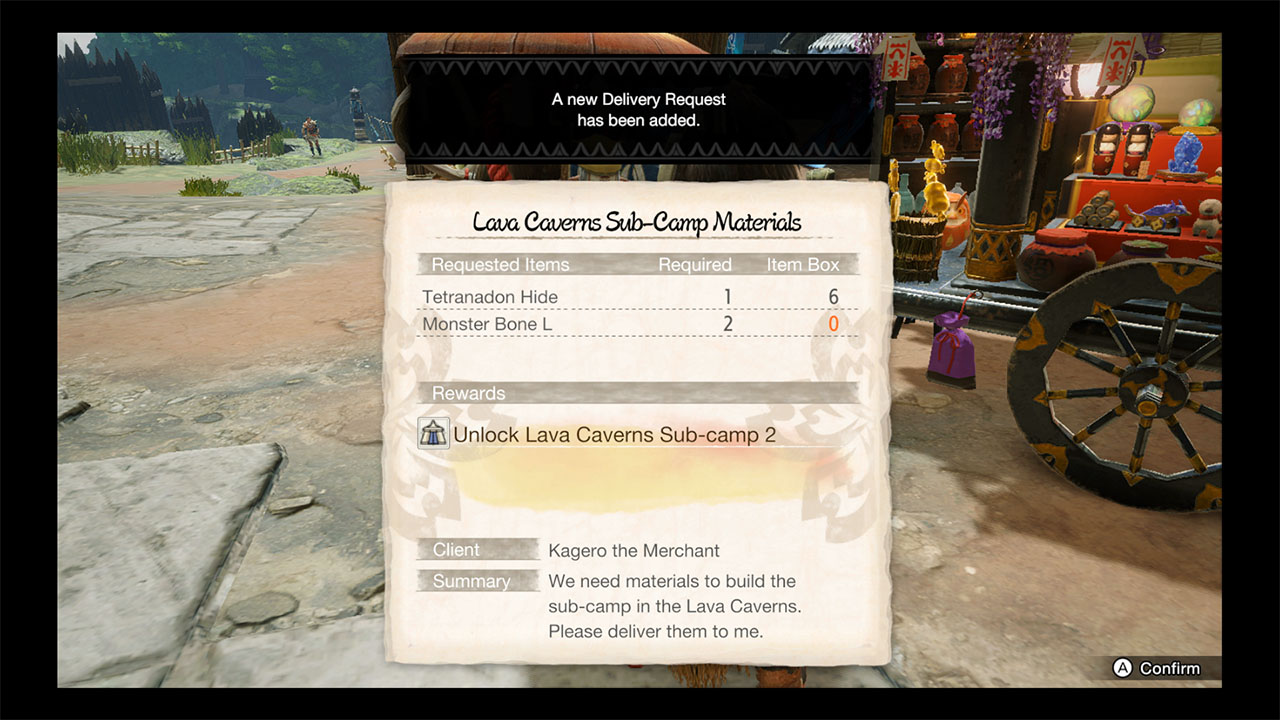