Monster Hunter Rise: How to Get Bloodrun Jewels

Get your Decorations ready with some hard-to-get Jewels 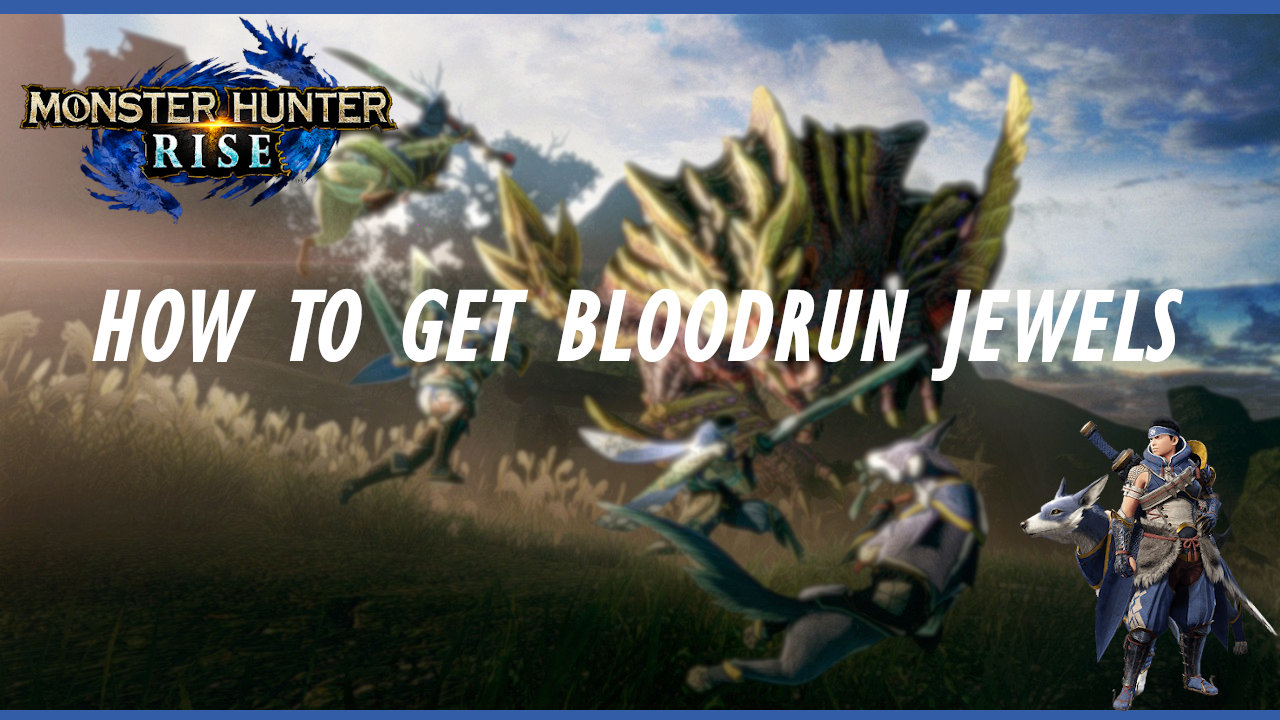 Aquaglow and Bloodrun Jewels are needed in Monster Hunter Rise to create the highly important Decorations, which can be put into weapons and armors to boost your character’s skills. They are materials found after successful quests as rewards, but not every mission provides the ones we are taking a look at in this guide, the Bloodrun Jewels. In order to see exactly what kind of quests give out some of these rocks, take a look below.

How to get Bloodrun Jewels in Monster Hunter Rise

Currently, there are three ways (kind of) in which you can obtain Bloodrun Jewels in Monster Hunter Rise. All include completing quests of course, but what kind of quests you may ask.

First of, we have the High Rank quests. Any HR quest of 6* and above you complete in the game, has chances of giving you some jewels at the end of it, whenever you complete it successfully. Bloodrun Jewels can create some of the best Decorations in the game, hence why the hardest quests are needed to get them.

Next, we have a method where it’s pretty much the similar as above, but we are talking about a very specific quest here, which is the one with the very last boss of the game as your target. We mentioned this specific quest, only because it has chances throwing at you multiple jewels at once, with the maximum amount that has been reported until now, being six. Which means that if you want to farm loads of these, in a short period of time, beating the last boss over and over again is the ideal way. It may be tough, but hey, it is the final boss after all.

Lastly, and most likely the easiest way of them all, is by joining other hunters’ Low Rank quests. LR Village quests normally don’t earn you any Bloodrun Jewels, but when you join someone else’s hunt and help them defeat the monster, as a token of appreciation you do earn a single jewel. As mentioned, you can only get one jewel this way, but since you can finish the quest extremely fast, it can be a decent way of gathering some with minimal effort. If that’s what you prefer, by all means use the “Accept via Join Request.” system, and jump right into an ongoing LR quest to complete.

With that, we have all the ways of getting yourself some Bloodrun Jewels, in one place. As with many Decos requiring these items, it is hard to imagine someone not needing lots of them. Hopefully the guidelines above gave you some insight as to how to get them, so happy farming!