How to get new missions and travel to new areas. 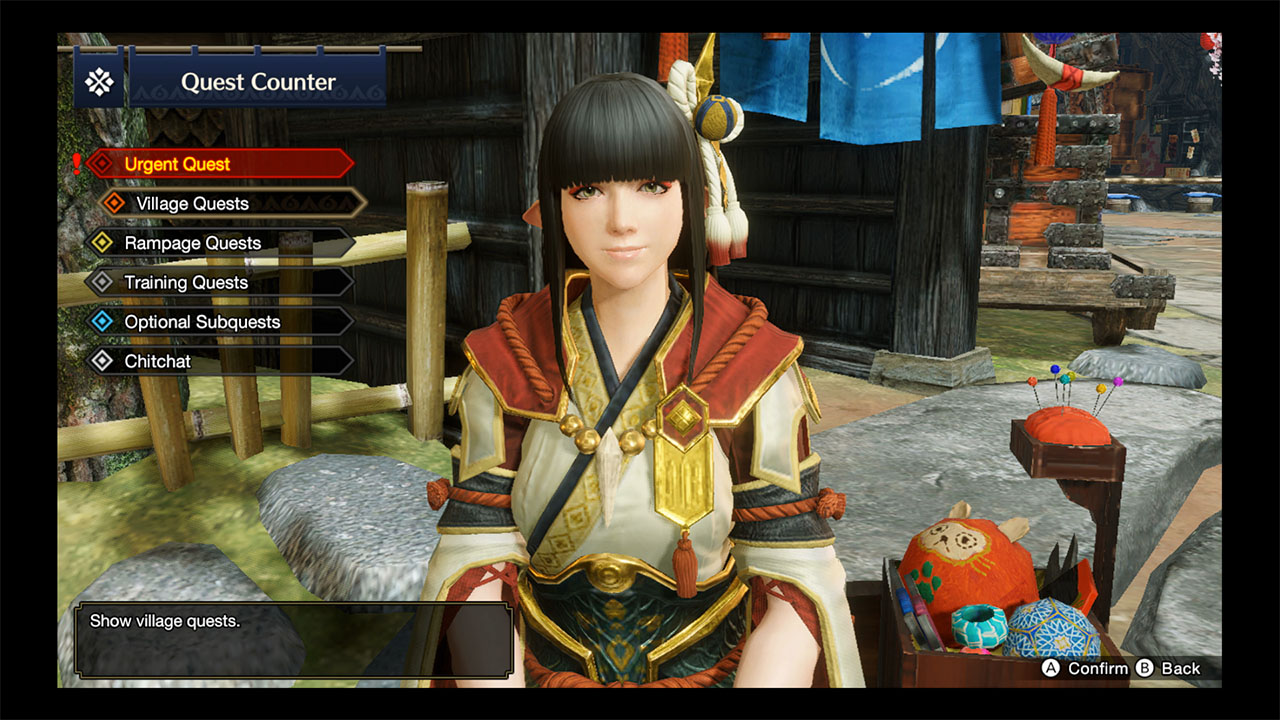 While the games in the Monster Hunter series vary from one another in a number of different ways, the core idea of taking quests and going out on hunts for monsters and to find items is present all throughout the series. That naturally continues with the new Monster Hunter Rise that just released for the Nintendo Switch as well, which has a number of different quest types that you can choose before. The Village Quests are the basic requests that you have to complete to move along in the game and this guide will tell you how you can unlock more of them while playing Monster Hunter Rise.

How To Unlock More Village Quests

Hinoa the Quest Maiden is your go to person for anything involving single player quests in Monster Hunter Rise, with the Village Quests being the most basic of these. She has Optional Quests that can reward you with items for completing tasks while doing other quests, along with other options like Rampage Quests and the Urgent Quests when you reach certain places in the story.

Village Quests are split into levels, ranked by stars on the difficulty of them. At the beginning, you will only have access to the Level 1 missions, which may leave you wondering how to get more of these unlocked. This is pretty simple, as all you really have to do is start choosing and completing the Village Quests she has available for you.