The ultimate support weapon that also packs quite a punch. Monster Hunter Rise and its previous installments introduced the Hunting Horn, a literal instrument of death. By playing various tunes with the simple press of a button, you enhance yourself and others with different buffs that significantly increase the team’s performance. The Hunting Horn was never a really popular weapon type among the fans, however, Monster Hunter Rise revamped it quite a bit, and it is now one of the most, if not the most, talked weapons in the game by the community. Below we will see exactly why.

As mentioned above, the gimmick of this unique weapon is to keep buffing yourself by playing some music. Each attacking button corresponds to a different melody, and all you need in order to get the different buffs, is to press the specified attack button twice, in contrast to previous entries, where complete notes were complex to. For example, if you want the Attack Up buff, you just need to click A twice, as that’s the melody it produces.

X offers the Defense Up enhancement, while ZR the Self-improvement buff, where your speed and accuracy get a boost. With that we covered all three main buffs, and additionally we have the X+A attack, which gives the character Health Recovery (S). Your aim is to gather three different notes, in order to be able to use the Hunting Horn’s finisher, Magnificent Trio. Not only this is a very damaging sequence, but also provides the hunter all three buffs at the same time, refreshing them. Due to its long animation, it’s best to use it by itself when needed, but if you end up with a stunned or knocked out monster, feel free to unleash a full combo of all 3 main attacks, then finish it up with a Magnificent Trio.

In regards to combat, we only have one move to cover, the Infernal Melody, which is a follow up to Magnificent Trio. As you attack, a certain gauge is filled up, found next to your sharpening bar. If it is full, after a use of Magnificent Trio, you can click ZR again and Infernal Melody will be cast. It is a very strong ability, that significantly increases the attack of the whole party, making it a very important tool in Hunting Horn’s arsenal. It doesn’t last too long though, so it is best to use it only if you are sure you will be able to dish out some combos.

The Hunting Horn is finally sitting on top of the ‘tier’ list, since impressions from the multiple demos were astonishingly good. The newfound ease of use of the weapon made it a very popular choice for players, and it seems it will be that way even in Monster Hunter Rise’s end-game. It is now so easy to use this specific blunt type weapon, and with its new Wirebug and Silkbind abilities, it would be a shame to not try it out, even if you don’t like its playstyle. Only be careful when using your long combos, and you will be able to defeat monsters with barely any effort, especially in a party.

** Note that the Self-improvement buff is actually obtained automatically whenever you complete other buffs, or use Magnificent Trio. Making the use of Perform less needed, used mostly to evade enemy attacks as it has evade frames in the beginning of its animation. 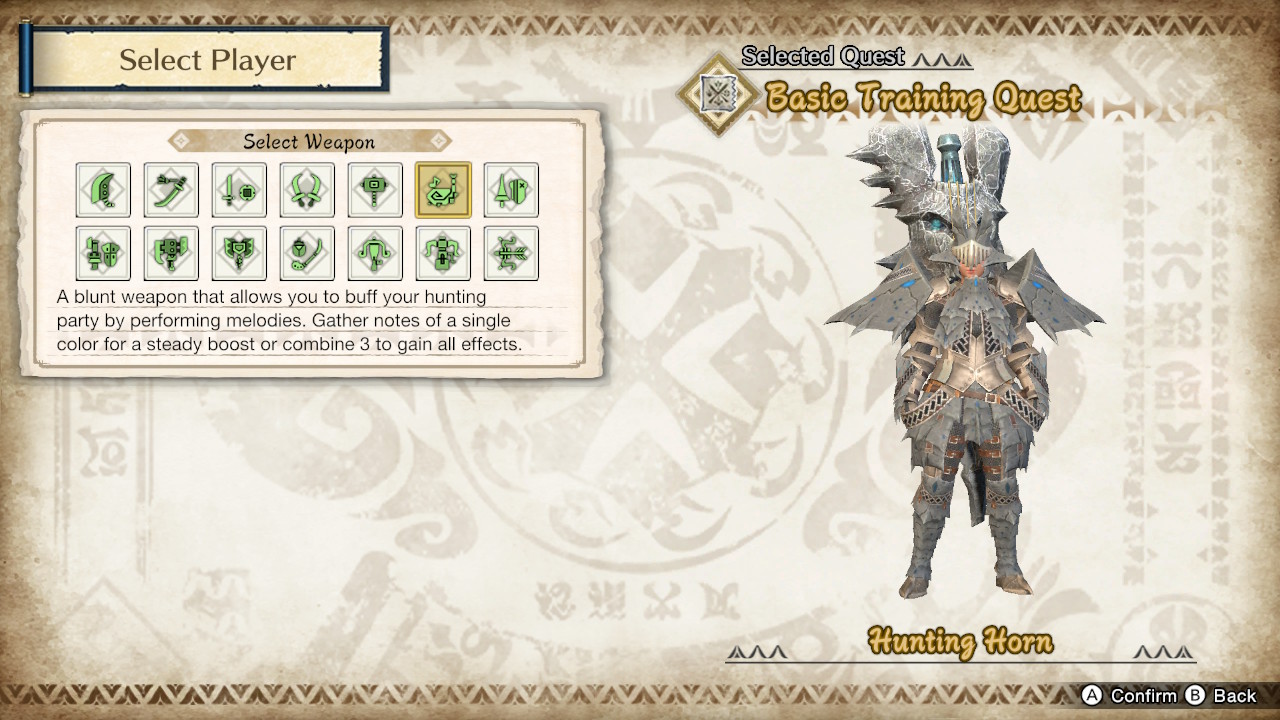