Make sure you have practiced your parkour skills 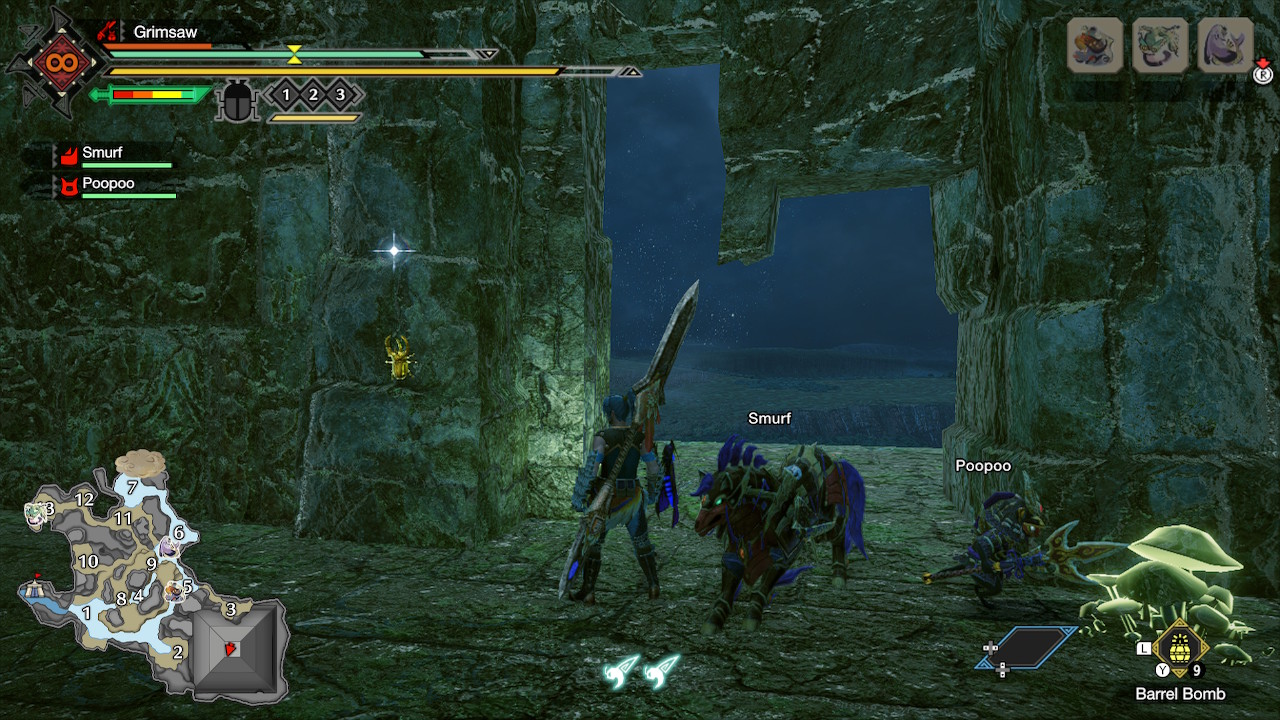 There are a lot of rare items and wildlife to find in Monster Hunter Rise, with the elusive King Rhino bug being one of them. Found very rarely in the environment, and usually in very tough spots to reach, this collector’s dream insect is mostly sought to complete a side, although very important, quest. See below in this guide for more info about it.

Where to find King Rhino, needed for the Economic Stimulation Quest

Flooded Forest of Monster Hunter Rise is full of endemic life, since the environment really calls for it. Areas with waterfalls, underground caves, lush greenery and a gigantic pyramid, anything can be found there. Including the bug we are looking for, the King Rhino. 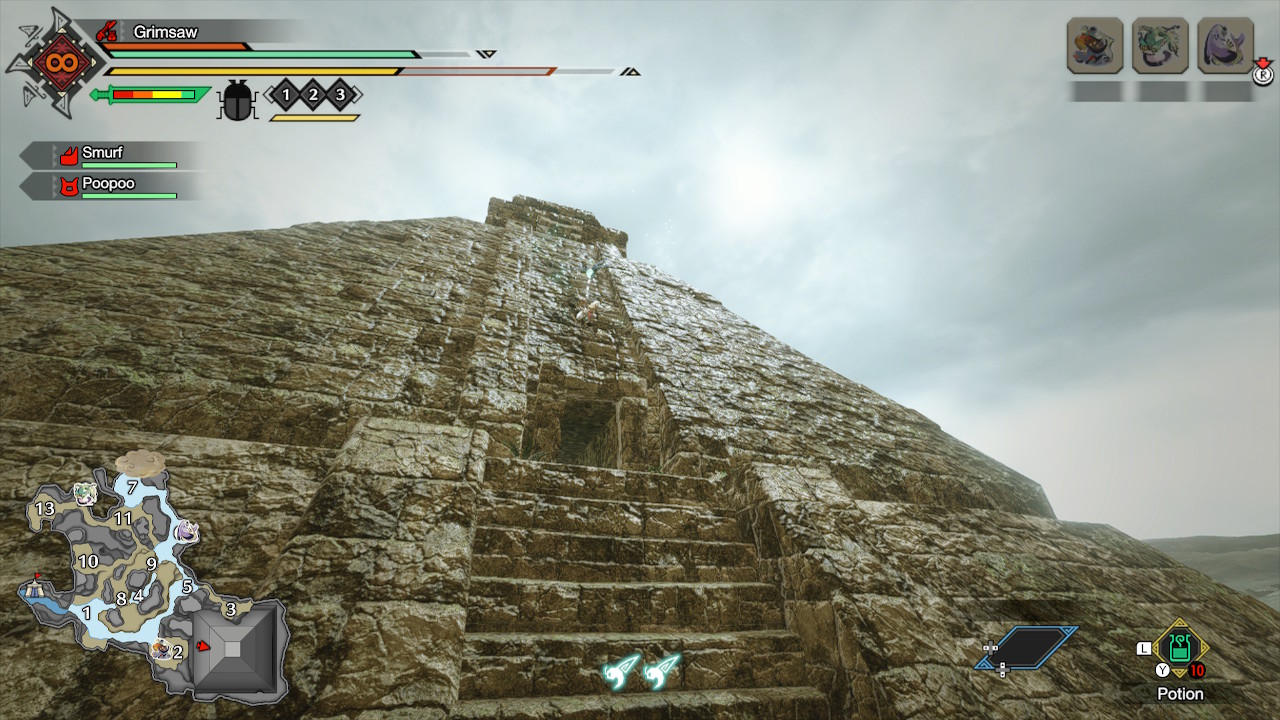 King Rhino is needed for completing part of a side-quest, called Economic Stimulation. The quest is triggered after completing the 3* Gathering Hub Key Quest and then the 4* Urgent Quest. There are a lot of side quests in the game, but this one in particular is very important, as it unlocks an additional Argosy Submarine, making it a total of three if you have unlocked the other one through Village Quests. 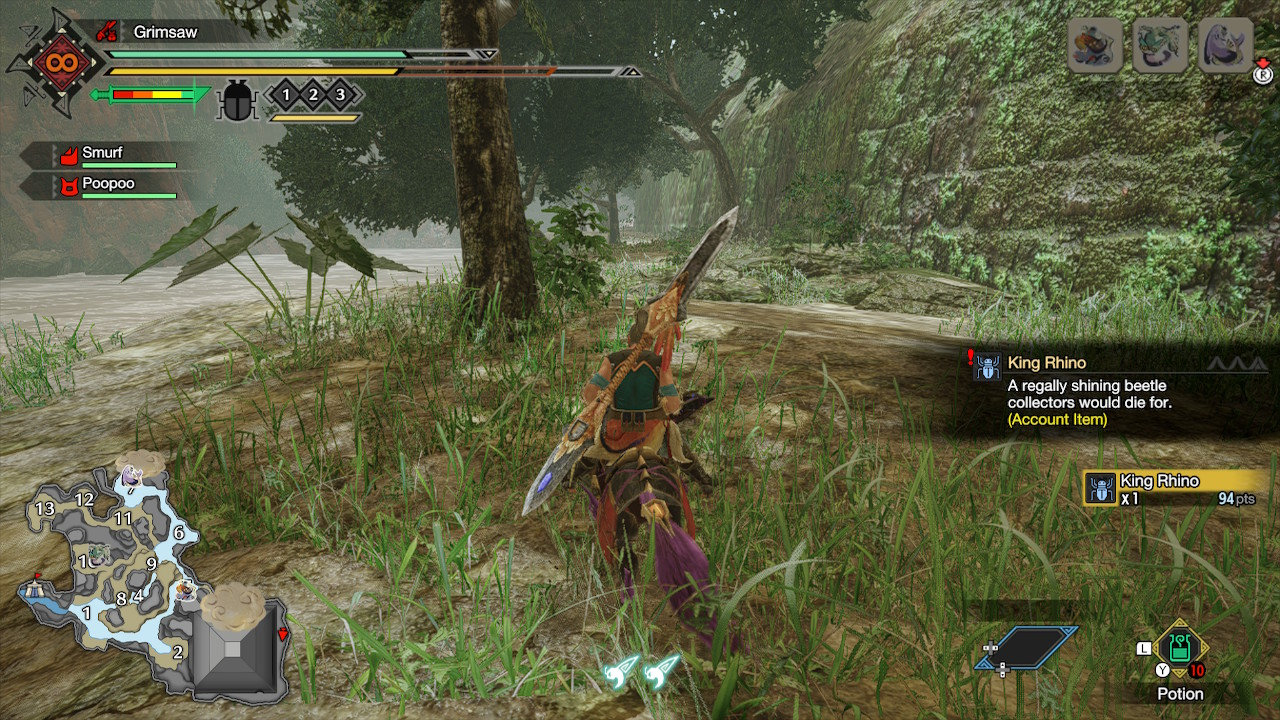 That said, let’s see how you can find this insect. Easier said than done, since it rarely spawns in the easy-to-reach regions of the map, like behind the pyramid at the spot we are located at, in the picture above. If you are lucky enough, one may spawn on the trees found in that area, as with many other spots around the Flooded Forest.

However, a surefire way to get a King Rhino in Monster Hunter Rise, is to literally climb the pyramid to its very top. This is an actually hard task, as it requires precise parkouring in combination with your Wirebug skills. First, you need to climb the stairs at its entrance until you reach an empty room. If you turn the camera up, you will see that the ceiling has a hole in the middle. You need to pass through that hole, in order to reach the floor above.

To do so, there could be a couple ways of succeeding. What I did, was to ride my Palamute, run to the wall of this empty room, then jump with my hunter and aim my Wirebug at the hole above. I used two Wirebug shots, in conjunction with extra jumps, so if you have a third one it is of course way easier. Then, after getting to the higher floor, reach its exit. There will be a dead end, leading all the way down where you started. Don’t jump down, as we are climbing even higher.

From that exit, here is the tricky part. You need to aim your camera the best way possible, targeting above at the top of the pyramid, While having your camera directed there, leap from the exit’s edge, and use your Wirebug to get above that exit to a ledge it has. From there, refill your Wirebugs and do exactly the same, in order to reach the top platform. 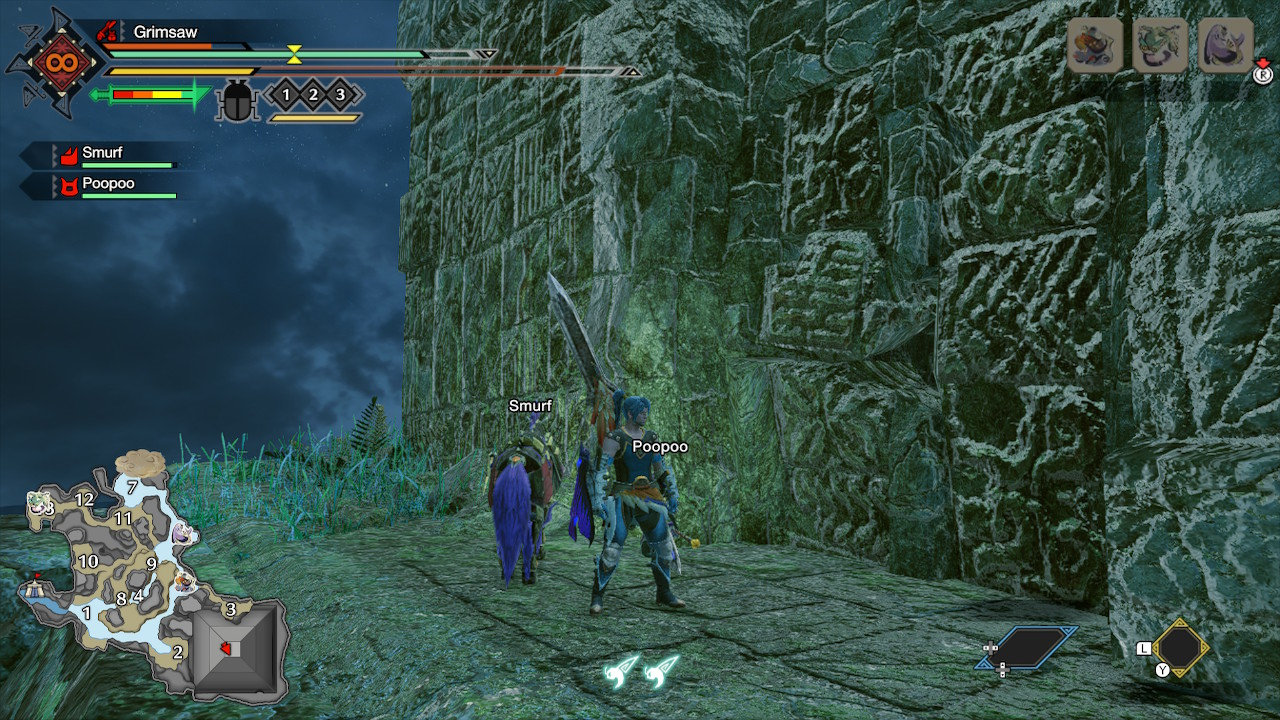 If you manage on doing all of this platforming correctly, you will finally reach the top end of the pyramid. While there is seemingly nothing here, if you pay attention close enough, you will notice a cracked wall. This wall can be broken by putting some Barrel Bombs next to it. Just be careful to not get caught by the blast. After the wall is shattered to pieces, you can finally enter the pyramid’s last room, which not only has a relic inside, but also on one of its walls, you will see the fabled King Rhino. Every time I visited this place, there was one there, making it most likely a 100% chance to appear.

This concludes our guide on how you can find yourself a King Rhino. While there is a lot of effort put into reaching that bug, it is for sure worth it, as you are now one step closer to getting a third submarine.