Monster Hunter Stories 2 – How to Defeat and Get Royal Monsters

Tame the most powerful Monsters in the game. 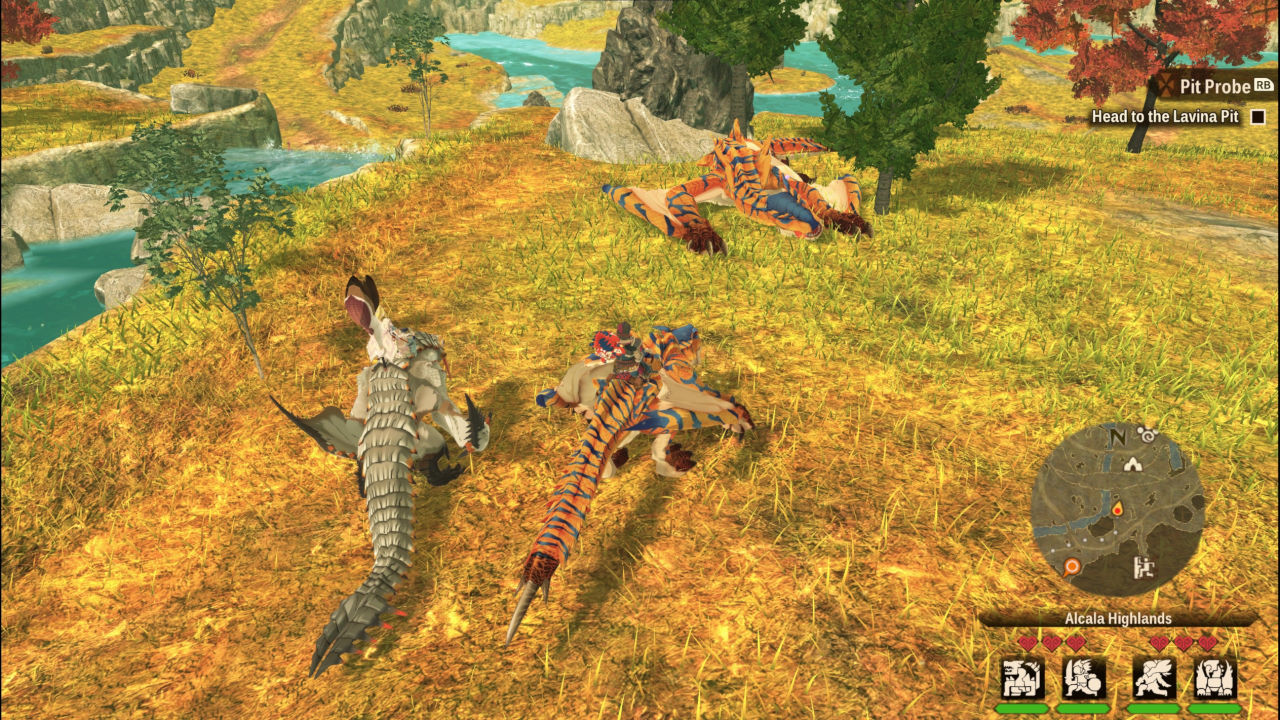 Monster Hunter Stories 2: Wings of Ruin introduces the almighty Royal Monsters, who are actually familiar faces of the Monster Hunter universe. These are wild Monsters far stronger than what you actually find in Monster Dens and while roaming any field, and they are usually found in fixed places, in every region you visit. Each place has its own Royal Monsters to find, and trust me when I say they are a tough nut to crack each. Below we are taking a look at how to beat them and grab their egg, as most of them are actually rideable, making powerful allies in the process.

How to tame Royal Monsters in Monster Hunter Stories 2: Wings of Ruin

Like any other Monster in the game, in order to make a Monstie out of these Royal creatures, you need to find their egg and hatch it. Contrary to the regular Monsters however, you won’t be finding any of their eggs randomly in nests, anytime soon. You need to first defeat a Royal Monster and make it retreat to its Den in order to then follow it and grab its egg.

That is easier said than done though, as Royal Monsters are exceptionally strong, and usually unbeatable when you first encounter them, unless you have farmed for a while. Navirou will notify you when you are close to any Royal Monster, and they tend to sleep at fixed places instead of walking around. This makes it easy to avoid them, but if you want to add them to your party, sooner or later, you will need to face them directly.

Each fight with a Royal Monster is a challenge, so in order to win over it you need to come prepared. They tend to use multiple attack types, and it goes without saying that their attacks can literally one-shot you, if you are at a lower level than what you should be in order to face them. As any other Monster, they have weaknesses and resistances, alongside their respective attack type. You need to make sure that you win every Head-to-Head instance with them, otherwise they can obliterate you in an instant. Breaking their Monster parts is also crucial, as they tend to have special techniques tied with those parts. Rendering them unable to use some of their attacks, will be the key to success.

If you have the battle strategy down and you are actually able to beat the Monster, there is a couple of more things left to do, in order to have a chance to make them retreat to their Den. First, and the most important, is to not forget to throw them a Paintball before you defeat them. This significantly increases the retreat chance, so it is mandatory. Other than that, you need to break as many parts of that Monster to further increase the chances and lastly, try and complete the requirements needed that increase their retreat chance by a huge amount. Let’s take for example Tigrex. Its unique pre-requisite, is to break its Head part with a Great Sword, after it is staggered by a Shock Trap. Indeed, the requirements are this specific, but well worth it. If you manage to pull this out, the retreat chance is increased by a lot, and in conjunction with a Paintball, you have more chances for a retreat. You can check a Monster’s specific requirements through their Monsterpedia page, so feel free to give it a look when possible.

If everything is set and done, and the Royal Monsters ends up retreating to its Den, just follow it and grab the egg from that nest. It will always be that Monster’s egg, so enjoy your new, powerful Monstie. Additionally, defeating a Royal Monster will then make its eggs appears in Monster Dens as well, although not as frequently as other Monsters’.