Monster Hunter Stories 2 – How to Get Anjanath 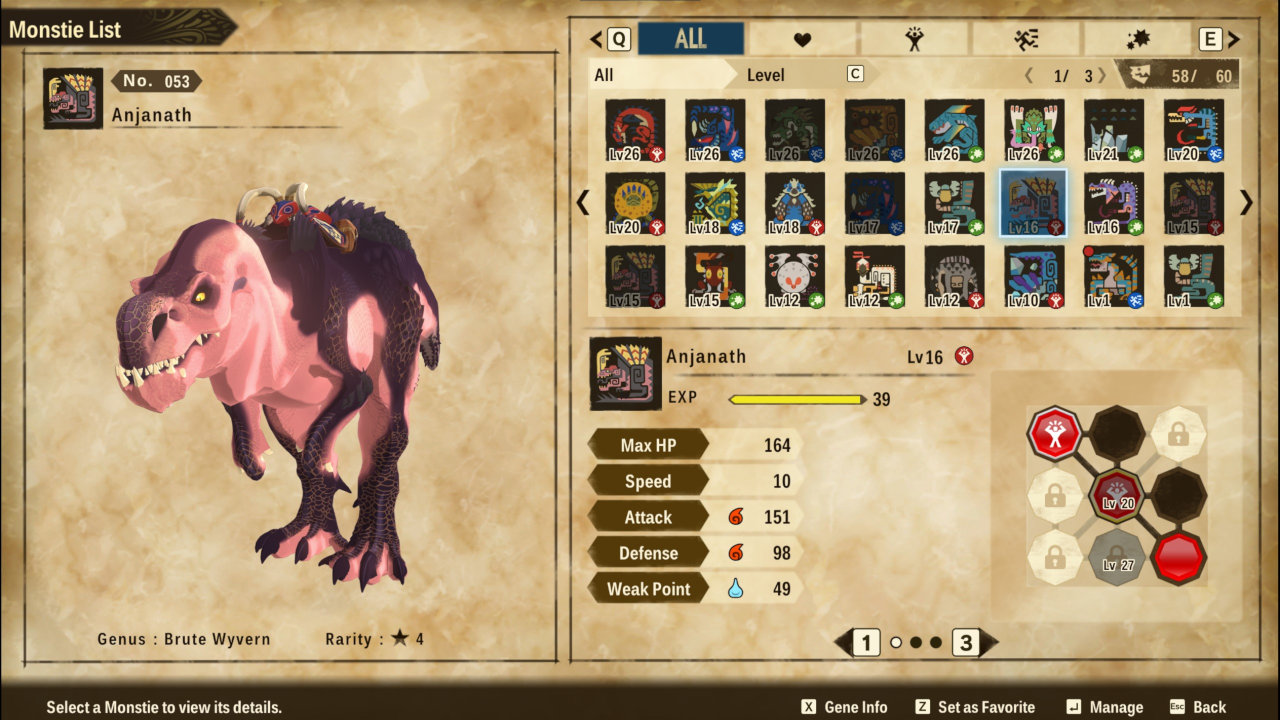 Monster Hunter Stories 2: Wings of Ruin has a lot of Monsters to tame and ride, and Anjanath being one of the most recent additions to the whole franchise, its debut being Mosnter Hunter: World, is indeed here and you can of course ride it. The fierce Brute Wyvern is no joke when in combat, so rest assured it will be a powerful ally to have alongside your journey.

How to get Anjanath in Monster Hunter Stories 2: Wings of Ruin

Anjanath is actually encountered very early into the game, being a story-based boss which you can’t beat at your current state when you face it, so you get a glimpse of its destructive power before you are even able to tame it. To do so, you will need to wait for a while, as Anjanath can be found and raised after reaching Monster Hunter Stories 2’s third region, Loloska.

This literally icy-cold location is home to many Ice-based Monsters, but Anjanath is here as well. After your first interaction with it, you then again directly face it in combat as the final Boss of the second region of the game. After beating it you can access Loloska, in which wild Anjanath can be found roaming the frozen wastes of this place. Additionally, it can also be found in Monster Dens in this area too, so make sure to search each and every one you find, in order to increase your chances of making an Anjanath appear, or at least find its egg.

Home / Game Guides / Monster Hunter Stories 2 – How to Get Anjanath