Mortal Shell – How to Unlock Parry, How to Parry

This critical ability is easy to miss, but the game does try to point you in the right direction. 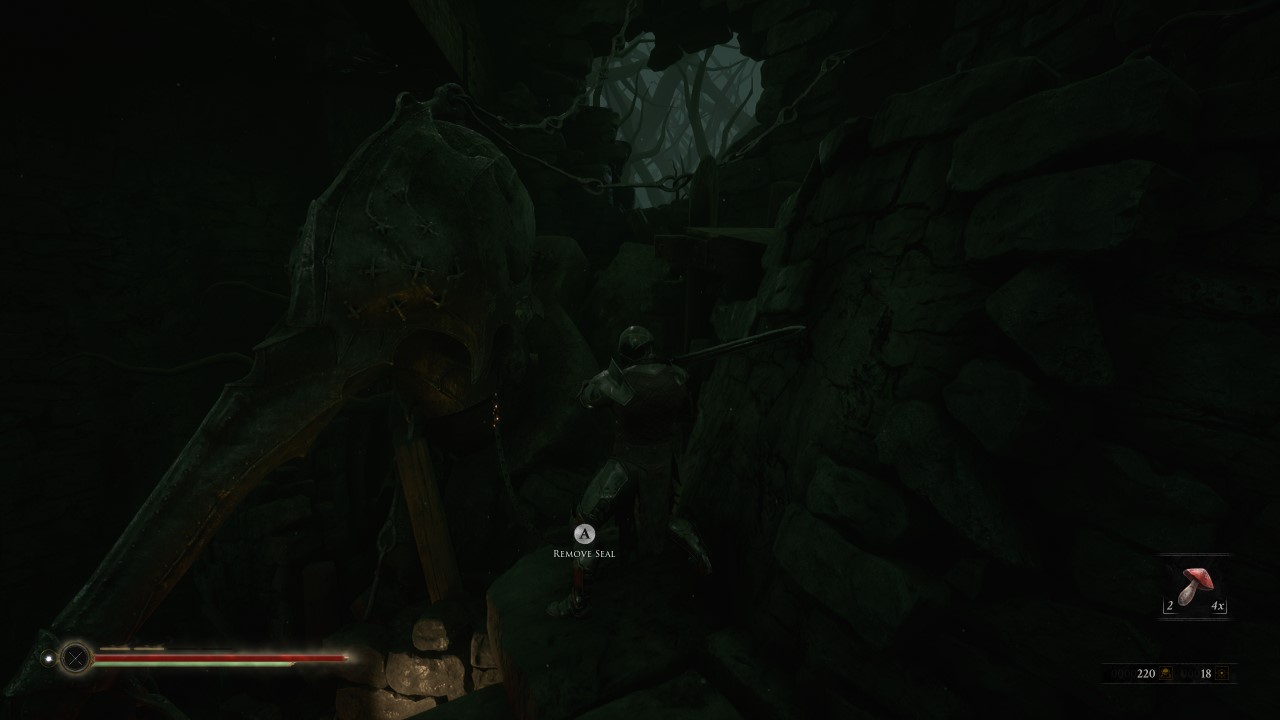 Mortal Shell is perhaps one of the most traditional Soulslikes we’ve had in a while, with an aesthetic that hews closely to From Software’s landmark titles. The game has a critical parry ability that allows players to heal when they have enough resolve, but they don’t start the game with the skill unlocked. So, where the Fallgrim is it?

Mortal Shell’s parry is unlocked in the Fallgrim Tower.

Immediately after the brief tutorial players will find themselves in Fallgrim, a foggy swamp full of danger. They’ll head up a linear path until reaching a wide open area, and the game will seize control of the camera and zoom in on a tower in the distance. That’s the hub for Mortal Shell, Fallgrim Tower, and not only does it have a handful of friendly NPCs, an upgrade bench, and an area to swamp both Shells and weapons, but the parry ability. Head towards the tower, and when you get there make your way to the upper level.

On the wall opposite the workbench is an opening that leads to a giant character bound in chains. Go up the stairs that end at The Old Prisoner’s head, and interact with the object on the ground. Ta-da: you now have parry, and the Empowered Riposte. There are a couple of different ripostes to find in Mortal Shell, but the first one will allow you to heal after a successful parry, assuming you have the resolve to do so (don’t worry; a good parry will provide the requisite amount, so a follow-up parry will be capable of healing you).

Parrying itself is simple: using either the F key or the left-bumper/L1 button will trigger the parry animation. The trick is to use it right as the enemy is about to land their attack. So long as they hit the seal when it glows white you’ll parry their blow. If you have enough resolve for an Empowered Riposte they’re pulse red and a light attack will launch the riposte.

Home / Game Guides / Mortal Shell – How to Unlock Parry, How to Parry