It's not the largest selection, but it'll do. 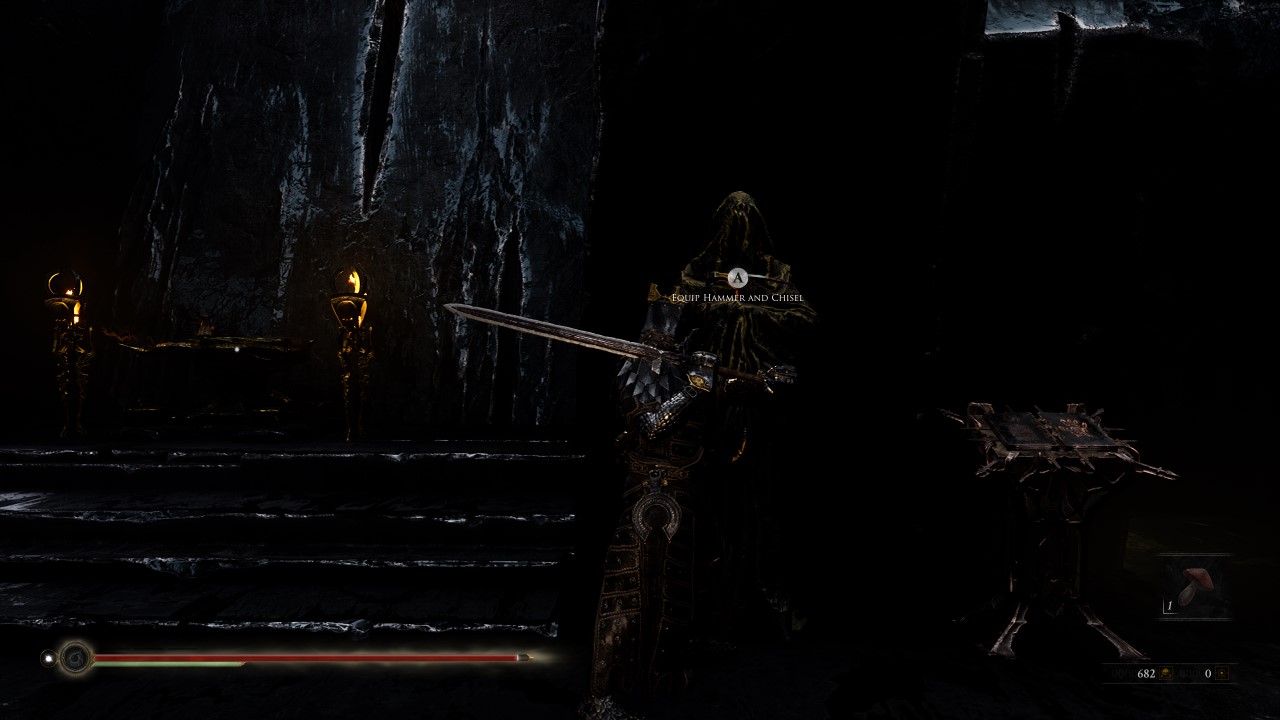 Mortal Shell has perhaps the smallest arsenal of weapons I’ve ever seen in a Soulslike. There are only four weapons total, though each comes with two abilities that shake things up once unlocked. There’s generally a flavor for everyone, and by everyone I mean, “people who don’t like casting magic or hunkering behind a huge shield.”

Mortal Shell has four weapons to find, three via a boss battle.

Let’s get the basic information out of the way first. The Hallowed Blade is found in the tutorial, so everyone will have access to it from the start. The Marty’s Blade, Hammer & Chisel, and Smoldering Mace are all buried a bit deeper within Mortal Shell, but they don’t take long to grab if you know where to go.

In the main hub of Mortal Shell is Fallgrim Tower, and at the top is a wall where your weapons are stored. Any weapon you do not own can be located via an echo of sorts after interacting with its empty mantle. Or, you could just blitzkrieg to the entrances of the three temples in Mortal Shell. All three have a book at the start where the Sester and workbench rest, and interacting with them will trigger a boss fight against a foe wielding the weapon you are trying to earn. From there you can find the two items required to unlock the weapon’s abilities deeper within the temple. None are hard to find: as a matter of fact, they’re all on the critical path, so you’ll only miss them if you’re ignoring loot.

Couple of final notes: you can’t swap weapons willy-nilly in Mortal Shell till you find an item that’s outside their respective temples in a chest only accessible when Fallgrim is coated in a heavy fog (killing the temple boss will trigger it, and after your first boss has been slain you can manually trigger it at Fallgrim Temple). Additionally, you can swap at the start of a temple near the book, but you’ll only swap what you have with what’s there. You can swap between any unlocked weapon in Fallgrim Tower, however. A bit stifling to be sure, so don’t forget to loot those weapon items when leaving a temple after slaying the boss.