Naraka Bladepoint – How to Change Appearance

Naraka offers the most comprehensive appearance editor I've seen in a battle royale. 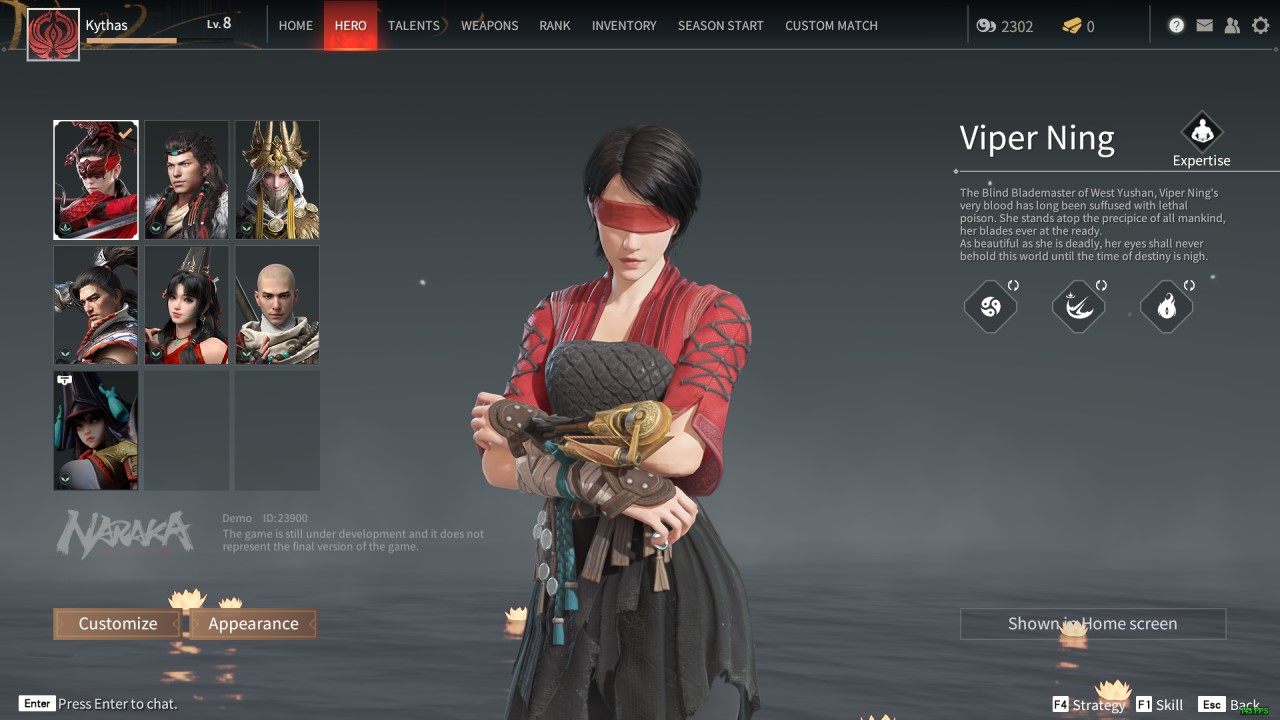 Naraka Bladepoint allows players to change the appearance of their favorite characters in a variety of ways. The Wuxia battle royale may feature Heroes like Apex Legends, but that doesn’t mean we can’t sculpt their faces to our liking. Players can use the robust character editor in Naraka Bladepoint to alter nearly every aspect of a character’s appearance with the exception of their figure, which makes sense considering Naraka’s competitive foundation. So, how do you change your appearance in Naraka Bladepoint?

Naraka Bladepoint: Change your appearance within the Appearance menu in the Hero tab.

To change your appearance in Naraka Bladepoint you need to first migrate over to the Hero tab on the landing page. From within this tab you can alter the customization and appearance of each and every Hero you have unlocked. Simply select the hero whose appearance you wish to alter, then click the “Appearance” button at the bottom-left of the screen.

Within this Appearance menu you select one of nine custom faces, though the first three are curated defaults (that can be edited, but not overwritten). To edit an existing appearance select the face you want to alter and click “Edit” below the list. To create a new face just click the “+” symbol to get started. Within the actual appearance edit menu you can tweak just about every aspect of your chosen character’s face. To list just the major categories and their associated subcategories, you can change the appearance of your:

Each option has a variety of sliders, palettes, and presets to choose from, so you can completely change your character’s appearance. What’s really cool about the appearance editor in Naraka Bladepoint is the baked-in save and import function. You can save any appearance as a file on your computer, which can then be shared with other players in the community. In short, if you see a face online you really like you can ask the creator for the file to import it into Naraka for yourself.

Once you have changed your appearance and are ready to store it you can click “Store as New Data” to save it. From here you have the option to save your new appearance in one of the non-default appearance slots, and can even equip it if you so choose. That’s all you need to do to change your appearance in Naraka Bladepoint. If you don’t want to fiddle with all the dials and knobs within the editor you can always select randomize.