Use these badges for shooting boosts. 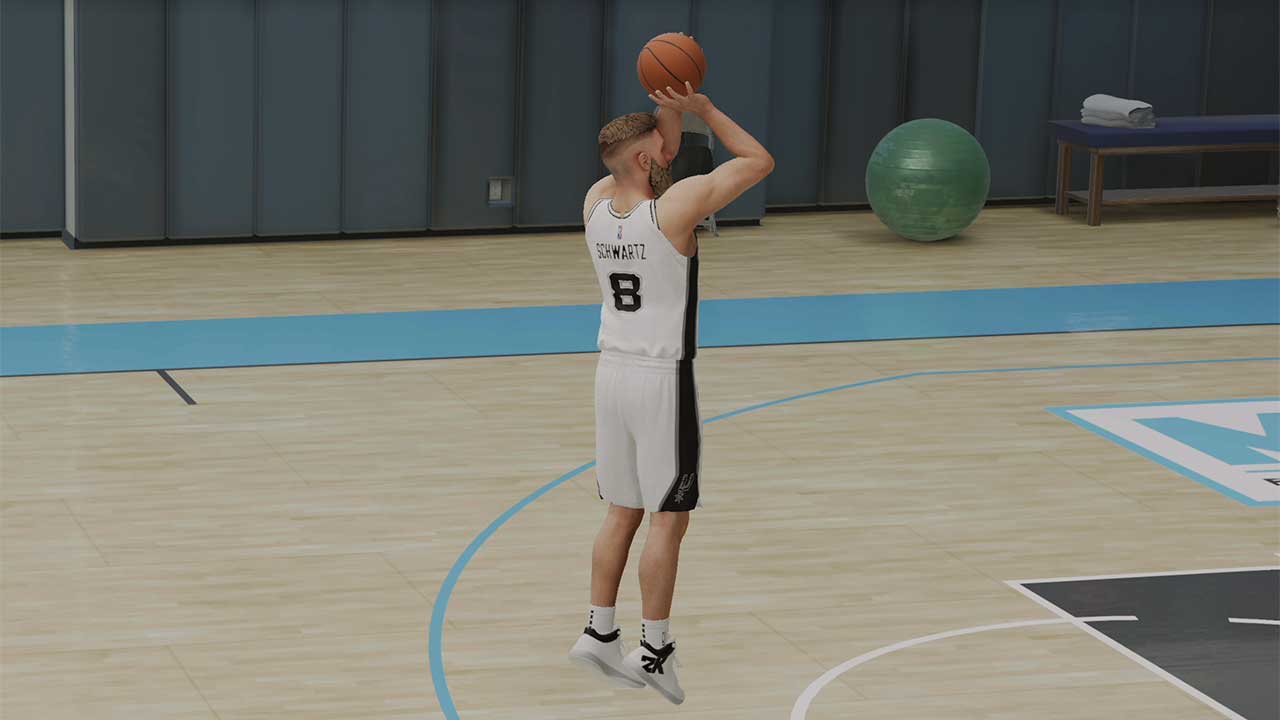 Everybody wants to be a good shooter in NBA 2K22.  Getting there is going to take a number of things, from timing your shots to picking the right jumpshot animations, but more importantly picking the best shooting badges.  This guide will explain which shooting badges you should put on your player in NBA 2K22 if you want to be a good shooter in the game.

The list of badges below will make any shooter better in NBA 2K22 when used properly.  Read the descriptions below to know how and when to apply these badges.

Green Machine – Gives an additional shot boost when consecutively achieving excellent releases on jump shots.  Once you’ve got your shot timing down the Green Machine badge will make you even better by giving you that additional boost by repeating that shot over and over again.

Dead Eye – Jump shots taken with a defender closing out receive less of a penalty from a shot contest.  Good shooters are able to shoot while someone is running at them in real life and NBA 2K22 is no different, especially if you have the Dead Eye badge.  When defenders are running at you and trying to close out you’ll get less of a penalty.

Hot Zone Hunter – Shots taken in player’s hot zone are given a boost.  Once you’ve got your hot zones established for your player, this is a must have badge.  Because then you can simply head to these hot zones and for a shooting boost at any time.

Must have badges for Spot Up Shooters

If you’re trying to be an absolute knock-down spot-up shooter these badges are absolute must haves.

Catch & Shoot – For a short time after receiving a pass, the receiver’s ability to knock down threes gets a significant boost.  For those that play more off the ball and wait to knock down threes or perimeter shots, the Catch and Shoot badge will give you a boost if you catch and shoot within a short window.

Corner Specialist – Deep range shots taken along the baseline of the court receive a boost, whether it is off the dribble or off a catch.   Couple Catch & Shoot with Corner Specialist and you get a double boost catching and shooting from the corners.

Limitless Spot-up – Gives a boost to the range that a player can effectively shoot standing three point shots.  Want to hit those catch and shoots shots from deeper?  Add the Limitless spot-up badge and you’ve got increased range and a boost.

And those are the main badges you should be focused on as a shooter in NBA 2K22.  These are the badges that have been working for us, but every player is different and every build is different.  Mix and match for best results to suit your personal play style in NBA 2K22.