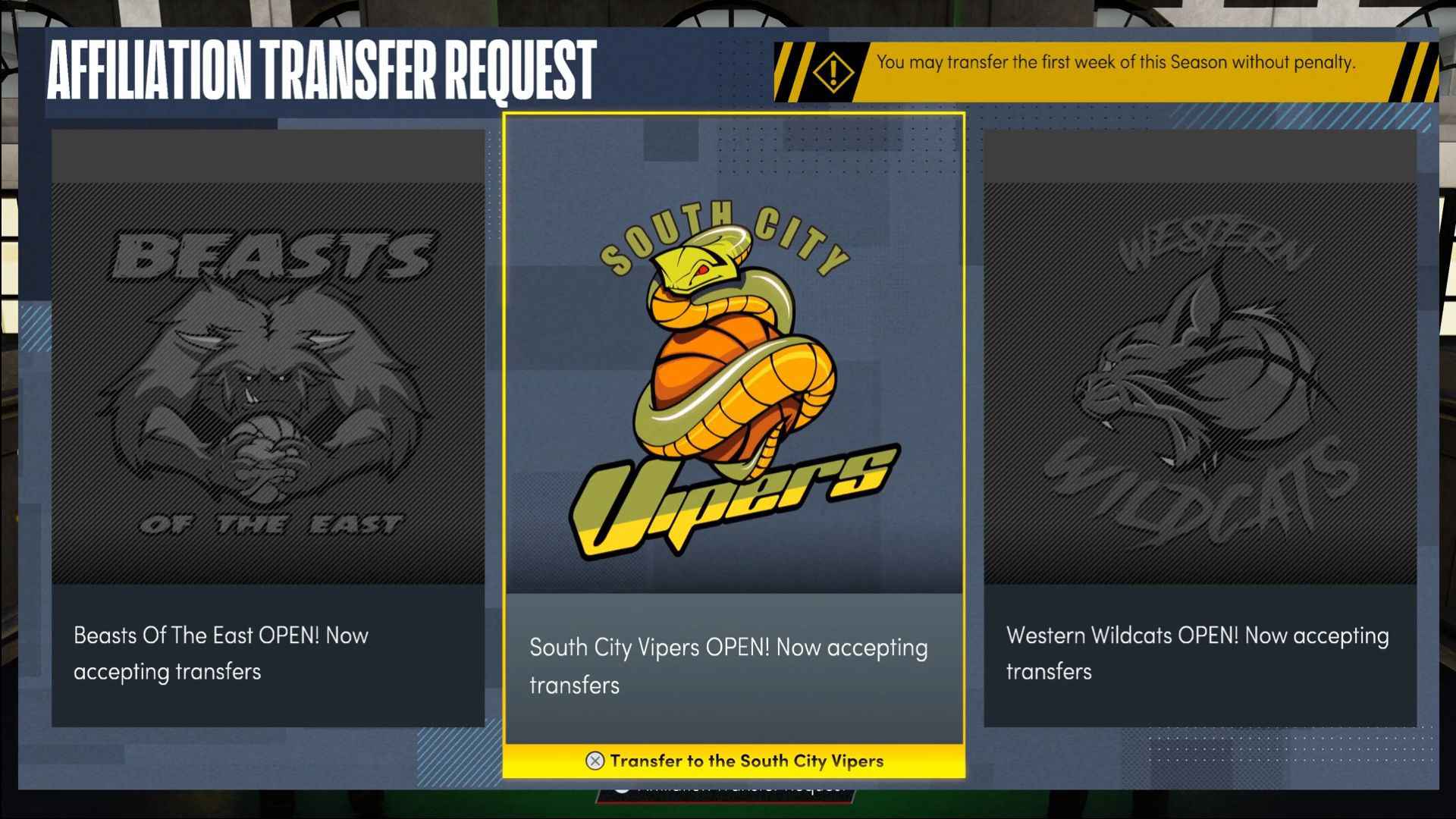 NBA 2K22 has just released a few weeks back, and with it has come massive amounts of players wondering how to change their 2K22 affiliation. Affiliations can be very important to some players, and with four of them it can be easy to land somewhere you do not want to be. Luckily, the process is extremely simple and should take players no time at all to move on over to a new one.

First, players must decide what 2K22 affiliation they would like to join. Once decided, make your way over to the town hall in front of the affiliation you would like to join. Enter through the front posts and go up the stairs, where you will meet 2 security guards. Here, all players need to do is talk with the security guards, where the menu above will pop up. Press the button on-screen to join the affiliation wanted and boom! You are now officially a part of the new affiliation and have switched from the old one!

It should be noted that once a player switches affiliations, 2K22 resets all rep and progress for the character. Keeping this in mind, players should only switch affiliations late in the grind only if they really want to. We recommend switching at the start to minimize the amount of progress lost, as it is incredibly precious and lengthy. Note that even after the switch, it might take just a bit for the game to catch up and move you to a new spawn point, so be patient and do not stress about this.

For the latest on NBA 2K22, be sure to check out our guides to assist with all of your questions and needs!