Need For Speed: Hot Pursuit Remastered – How to Drift

Tips and tricks to master one of the game's better techniques. 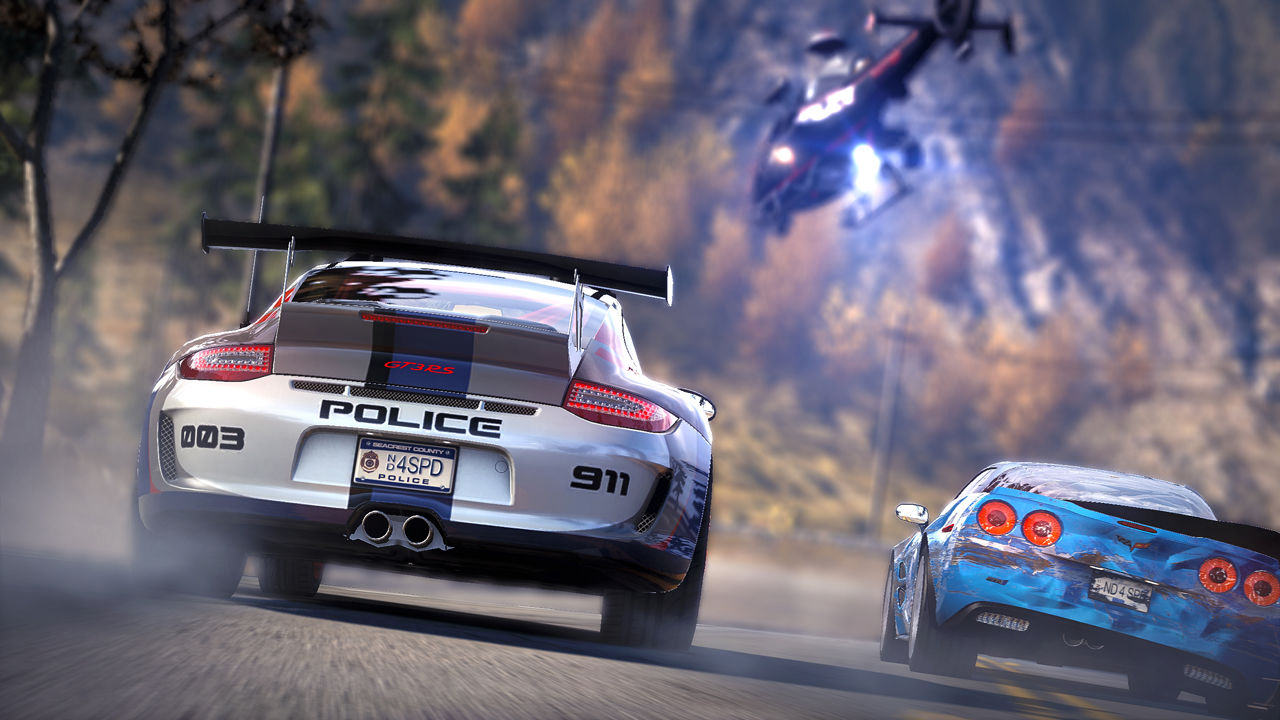 One of the key mechanics in a straightforward racing game like Need For Speed: Hot Pursuit Remastered is drifting and getting good at it is a practical must in completing all the challenges. There are four primary methods of drifting that I use for this game and I would like to pass this knowledge on to you.

Normally, with driving games, a fishtail drift is done with rear-drive cars, where you hold on the gas and you tap the break through the drift, swinging the back end of your car around through the turn. This allows you to keep as much momentum as possible while still making a turn. This kind of drift should only really be used through more gradual turns. Since Hot Pursuit Remastered doesn’t really care about front-wheel, rear-wheel, or four-wheel drive, this is a little harder to emulate exactly as it should but the method is, more or less, the same, as well as the effect.

You execute this kind of drift by holding on to the gas through the turn, depressing the brake at certain intervals through the turn, causing the back end of the car to pull out in the direction opposite the direction you want the car to go in. Depending on the car, you’ll likely break a little harder as you enter the turn but you’ll want to start letting off on the break intervals as you exit the turn. Some cars are rather sensitive to this as you’ll have less traction with them and some cars are lighter but if you start trying this with more beginner vehicles, you’ll start to sense how the drift should operate and account for this.

This is kind of a weird drift that only really occurs from game to game, of which Hot Pursuit Remastered is one: the sliding drift sees you go into a corner with such speed that all you need to drift is to ride the wheel into the turn as quickly as possible while letting go of the gas as you go into the turn. This could be used in the circumstances a normal fishtail drift would be used, generally speaking, but would be a lot safer if you didn’t mind losing a bit of momentum to gain a bit more control through the turn. This helps if you’re not confident enough going through a turn or if you need to put space between yourself and racers around you.

It’s interesting that this is an option because drifting like this isn’t exactly something I see all the time as you normally have to use the gas or break in a certain way in order to drift but it is possible to do this. To engage in a sliding drift, you’re going to want to hit the outside of the turn at top speed, let go of the gas and steer as hard as you can towards the inside of the turn without hitting the edge, and then hit the gas again as you start coming out of the turn. This drift, again, is for more gradual turns.

This is, hands down, my favorite way to drift in this game and just about any other where it’s an option and there’s essentially two ways to do it as it works very similarly to the previous two techniques but is incredibly aggressive, pay out big if it works, and can give you a sizeable gain or lead on your opponents. What you’re doing here is, through the apex of the turn, hammering down on your nitrous to, you guessed it, power you through the turn and actually give you more momentum as you exit the turn. However, this can be very risky as you’re likely to stop almost dead if you hit the edges and you could very well lose total control if you do more than touch other cars at certain angles.

How you would do this one is you enter the turn much like you would the other two techniques but just as you’re about to enter the exit of the turn, you lay it on the nitrous and you fly out of the turn, making sure to counter-steer in case your car goes a little out of control. In the earlier going, you don’t really need to do this to do anything other than show off as the nitrous is better off saved for straightaways but as you advance into the higher difficulties, mastering a technique like this can be really handy.

A technique like this can also lend itself well to handbrake turns, which are almost primarily used to make sudden 180 turns and hairpins almost exclusively because you lose a great deal of momentum. Using the nitrous in such a turn tries to compensate for the lack of momentum but something like that in a game like this should only be used sparingly and, even then, you’re really only ever going to use it when you’re playing as the cops.

Speaking of which, there’s a way, in this game, to weaponize your drifts and handbrake turns:

When Hot Pursuit first came around ten years ago, Criterion lent one of it’s most popular mechanics from its own franchise of racing games: the takedown. Hot Pursuit saw to it that takedowns were a little less technical but still operated under, more or less, the same premise: with enough contact, your car is taken out and resets on the track. The more inertia applied to the force, the less it takes to take the racer out. With that in mind, some of the easiest ways to hit your opponents hard is to hit them while you’re drifting.

The ideal way to perform a drift slam is to be more inside the turn than your target and, through your drift, go a little bit looser on your drift than you normally would. In most circumstances, this should point you right towards the edge of the track but the idea here is to use your opponent as a means to stay on the track. You should really only hit your opponent once or twice and after you’ve hit them you should power away using nitrous, if possible, to gather back any momentum you’ve lost. This could be used, too, if you’re not so confident in your ability to drift, especially if you’re battling for position, because you’re effectively hurting your opponent more than you’re hurting yourself this way.

This should cover just about everything you need to know about drifting in Hot Pursuit Remastered. Be sure to check out our review on the game!