Find out who voices your favorite character in Neon White! 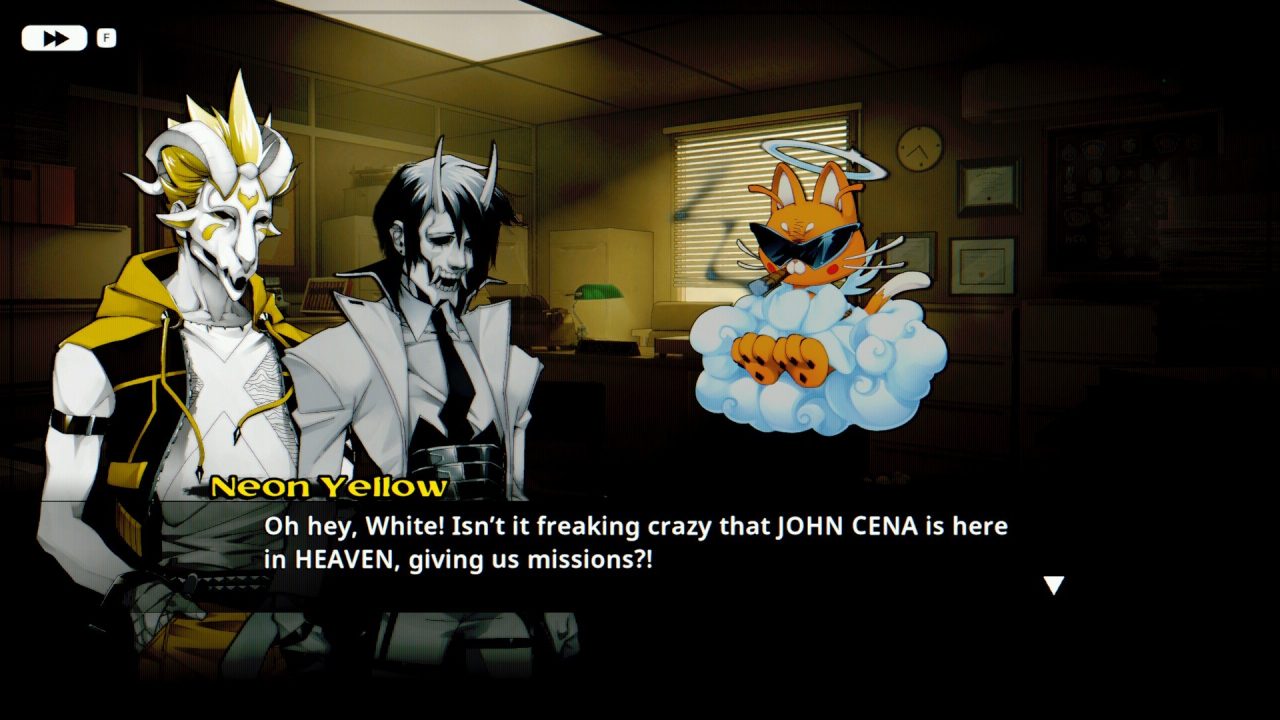 As you make your way through your heavenly journey in Neon White, there may be a few times that you have to stop and say, “Where do I know this voice from?”. With a laundry list of excellent talent on board, you’ll be sure to feel the emotion, laughs, and sarcasm roll off of their tongues, as you are treated to some of the best writing in a game.

They fully embrace the cringe, as well as deliver well and true when it is needed, so let’s dive right in and see who is on the roster for Neon White.

When you first boot up the game, you’re treated to a horribly familiar voice, something that may resonate with you, especially if you grew up during the Toonami and Adult Swim era of Cartoon Network. The titular hero himself delivers smooth lines, with an iconic tone that can only be attributed to one person: Steve Blum. That’s right, they got Toonami TOM in this game, and it’s stellar, alongside the maniacal voice of Neon Violet, and the sensual tones of Neon Red.

There are bound to be a few voices in this game that strike a chord with you, especially with a wide range of vocal talents in anything from Anime to other popular Video Games. If you’re looking for more tips, such as how to get Ace Medals, and how to earn some extra Heavenly Delight Tickets, we’ve got you covered. We’ll be here with you until you meet your true ending, no matter the platform you choose to play on!

Neon White is available on June 16th on Nintendo Switch and PC.