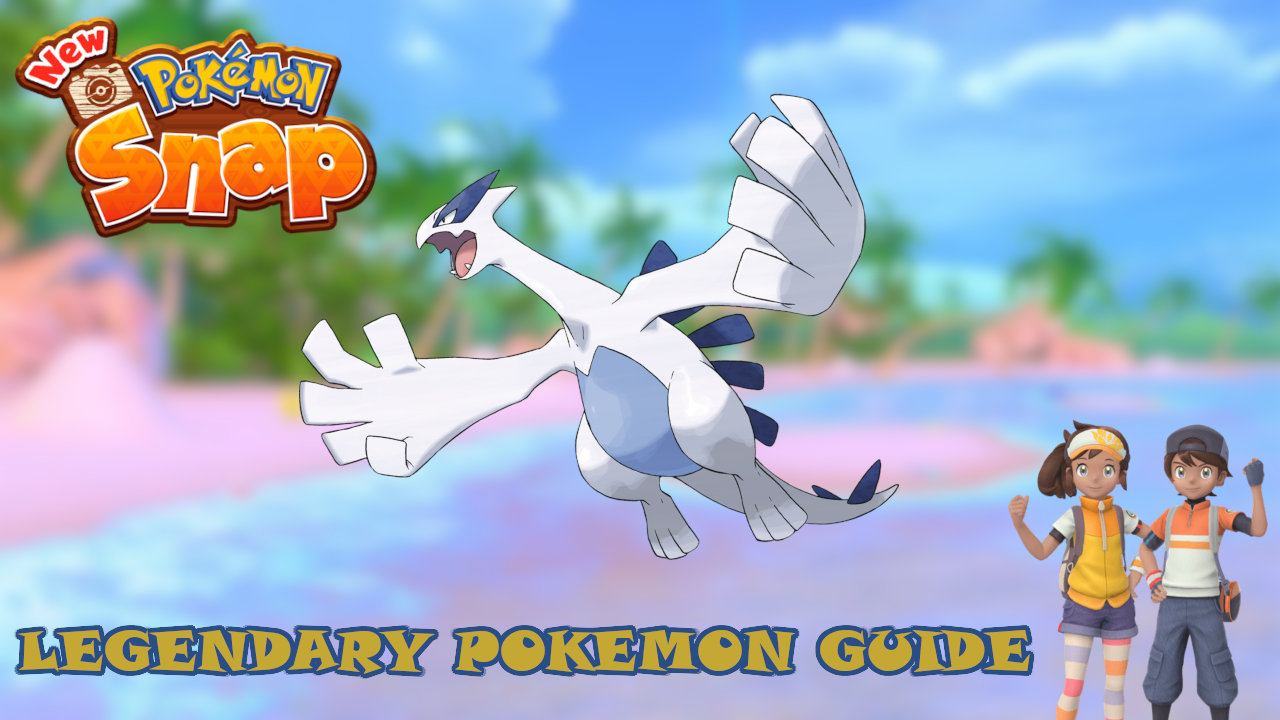 While not every Legendary Pokémon  is included in New Pokémon Snap, there is a good amount of them to capture on camera. Some may be tougher than others, but if one thing is for certain, is that all of them are equally exciting to see on the big screen, in their natural habitats. There are exactly ten in total found, at least for now, and below we are going to list each one of them and how you can take a photo of their interaction with the environment and other Pokémon. That said, if you want to avoid any spoilers, it goes without saying you shouldn’t keep reading. If that is not something you mind though, well by all means, feel free to take a look.

Shaymin is most likely going to be the very first Legendary Pokémon you will encounter in New Pokémon Snap. Not only that, but it’s one of the few that can be found in three different places. Well, two in fact, as the third is the same stage but during the day. One place to find it is the first Illumina Spot you unlock, where Meganium is also located at, on your left side behind the cliffs. It’s hard to actually notice it, but it’s there.

Second place is in Florio Nature Park during the night. Reach the very last part of the stage, the flower field, and on your right side there will be a Crystalbloom flower. Actually, there are two Crystalbloom there, but one of them is kind of hidden. Try to aim at the one that’s is not easily visible, throw an Illumina orb and Shaymin will be lured out. Take some pictures of it, and after this whole instance, you will be able now to also find Shaymin during the day, in the same stage. It is usually together with Grookey and Pichu, on your left side as progress through the stage.

Right when you start the Founja Jungle stage during the night, turn your camera around. You will see two Morellul standing there, watching you. Use the Melody right away, and they will start dancing. A purple orb will appear in the middle, and if you manage to hit that orb with a Fluffruit, Mew will actually emerge from it. After this, it will appear within the stage as you go further down the road. Additionally, Mew will be unlocked for the day version of the stage too.

If you know what to do, Celebi is one of the easiest to actually catch on camera. Jump into NEO-ONE and head to the Elsewhere Forest. Simply don’t take any turns in the maze, and Celebi will be at the final area, flying around.

Ho-Oh is one of the most fascinating Pokémon ever, and you can find it in Fireflow Volcano. It is also an interesting one, since Ho-Oh can actually appear randomly within the stage. Your best bet for finding it without any effort, is to turn your camera on your right side, the moment you begin the stage. It is possible for it to spawn between the two rocks found there. If it doesn’t, just keep going down the area and stay alerted with your camera raised kind of high, to see it if it passes through.

Outway Cave is your destination for this one. When it is time to choose the regular or the alternate route, towards the end of the level, just take the alternate one. Just to make sure here, this is available only with Research Level 3. You will see below a couple of Carbink and a Mawile. Hit all three of them with an Illumina orb, and Diancie will pop up from the right side of the screen.

Another easy one to find, but the execution can be tough if your aim is not good. You need to travel to Maricopia Reef during the night, which is unlocked very late into your adventure (we are talking about credits-late), and take the alternate route that appears at some point as you progress through the stage. The area will be full of Lapras, and what you need to do is to hit all of them with Illumina orbs. Pay attention though, since a couple of them are really far away, making it hard to actually target them. After you do, two of them, the closest to you, will get next to each other. Use your Melody at that time frame, and Manaphy will literally jump from the water right in the middle of those two. As you may have guessed, you need to be quick with this one.

Jirachi is found in Ruins of Remembrance, after you beat the game. And that is all you need to know, there aren’t any special triggers for this one, other than beating the game, so go ahead and take some pictures.

Literally the ‘end boss’ of the game, so Xerneas is not even a hidden Legendary. Reach the final part of New Pokémon Snap and enjoy your photos with it. Research Level 2 and above will unlock new behaviors.

Lugia is the first of the two Legendarys that are hard to get on camera. Begin a Lental Seafloor run at Research Level 3 and take the alternate route in the begining of the stage. The one that is unlocked after Clawitzer breaks down the wall on your left side. Keep going down that path, and you will be able to see a Lanturn. Hit it with an Illumina orb and it will start going to the bottom. A lot of Water Pokémon will start going up the current, blocking your view, kind of. A Wailord will also pass through, so be ready for that. After everything passes over, you will see the same Lanturn being caught by a pair of Frillish.

It’s quite far, but aim well and hit Lanturn again with an Illumina orb. If you succeed, Lanturn will free itself and you are pretty much done. It will guide you to a hidden underwater cave, which you need to Scan in order to unlock the path so be ready for that, where Lugia is sleeping. You can take pictures like that, but if you want to make things more interesting, you can hit with an Illumina orb the Crystalbloom flower that is next to it, in order to wake it up and see events unfold.

Last, but certainly not least, Suicune is the last Legendary Pokémon you can find in New Pokémon Snap. The way to unlock Suicune, is absolutely a challenge to go through, as it has a lot of mechanics and phases to pass before you even reach it. Hear me out:

As you see, Suicune is by far the hardest Legendary to get a picture of, but it is well worth it.

With that, now you have captured on camera every Legendary Pokémon in New Pokémon Snap. At least the ones that are found up until now, so if by any chance some new ones emerge, we will update this guide accordingly. For the time being, enjoy your awesome photos and fill that Photodex!