Nioh 2: Complete Edition – Which Starting Weapons Should You Choose? 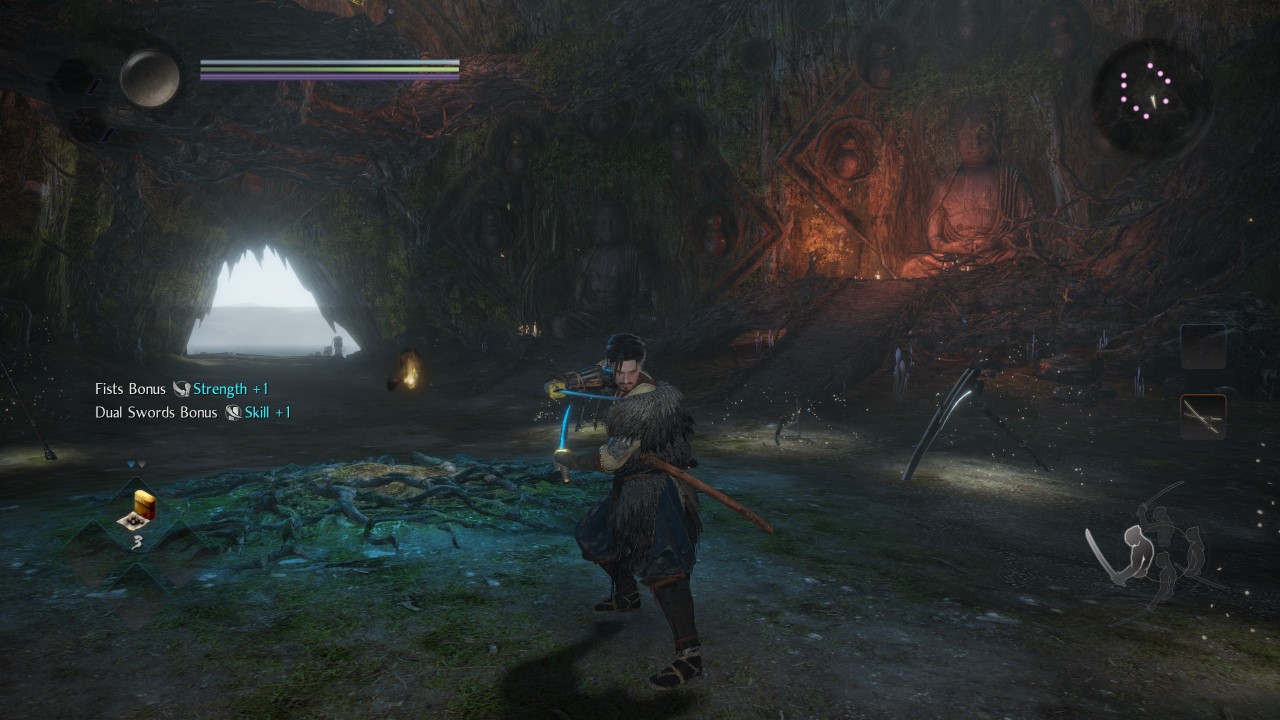 Nioh 2 is a difficult game. That statement shouldn’t surprise anyone. Team Ninja isn’t pulling punches with their sequel, ensuring that players are consistently challenged.

That’s why it is important to get off on the right foot immediately. Choosing your two starting weapons, while not a permanent decision, does affect early stats and general gameplay. In this guide, we review the various options available and which weapon types you should choose for the beginning of this demanding adventure.

Which Starting Weapons to Choose

The question of which weapons to choose isn’t straightforward, as there are multiple facets that change the answer for each person. The game offers up a wide array of selections to fill the two available weapon slots. Keep the following in mind while weighing the options.

Although you are free to switch to whichever weapons you wish after the intro choice, that does not change the stat bumps provided in the beginning. Those free attribute boosts are helpful nudges in the direction of your targeted build.

All stats — Constitution, Heart, Courage, Stamina, Strength, Skill, Dexterity, Magic — begin with a base value of 5. Each of the chosen two weapons will increase the associated category by one point without the need to spend Amrita (XP) to level. It’s an early game bonus that can set players on the right path.

The bonuses are as follows:

Since weapons can be swapped in and out at the player’s discretion, focus on the stat boost that best aligns with your desired build goals. Selecting a particular weapon does not lock the character into a certain playstyle.

The weapons provided in the beginning not only host attribute bonuses, they scale off specific attributes that are increased throughout the game. Preferred playstyle is still an important factor, but your life will be made easier by grabbing weapons that have overlapping attribute preferences.

For example, pairing the spear and dual swords share proficiencies in Skill and Strength. Leveling in those areas will benefit both weapons. This also means that skill points need to be spread across fewer categories so that damage can be amplified more efficiently.

Maybe you prefer close quarters combat, and that’s fine. But having two weapons with minimal reach will restrict the tactics available throughout encounters.

Each weapon fills a different engagement range. Using the pairing example from earlier, the dual swords will slice up close whereas the spear will hit from afar. Taking combat distances into account can make you a formidable foe as you begin making progress through the story.

Follow this guidance and there will be few scenarios in Nioh 2’s early hours for which you are not properly equipped.