Nioh 2 – How To Transform, How to Yokai Shift 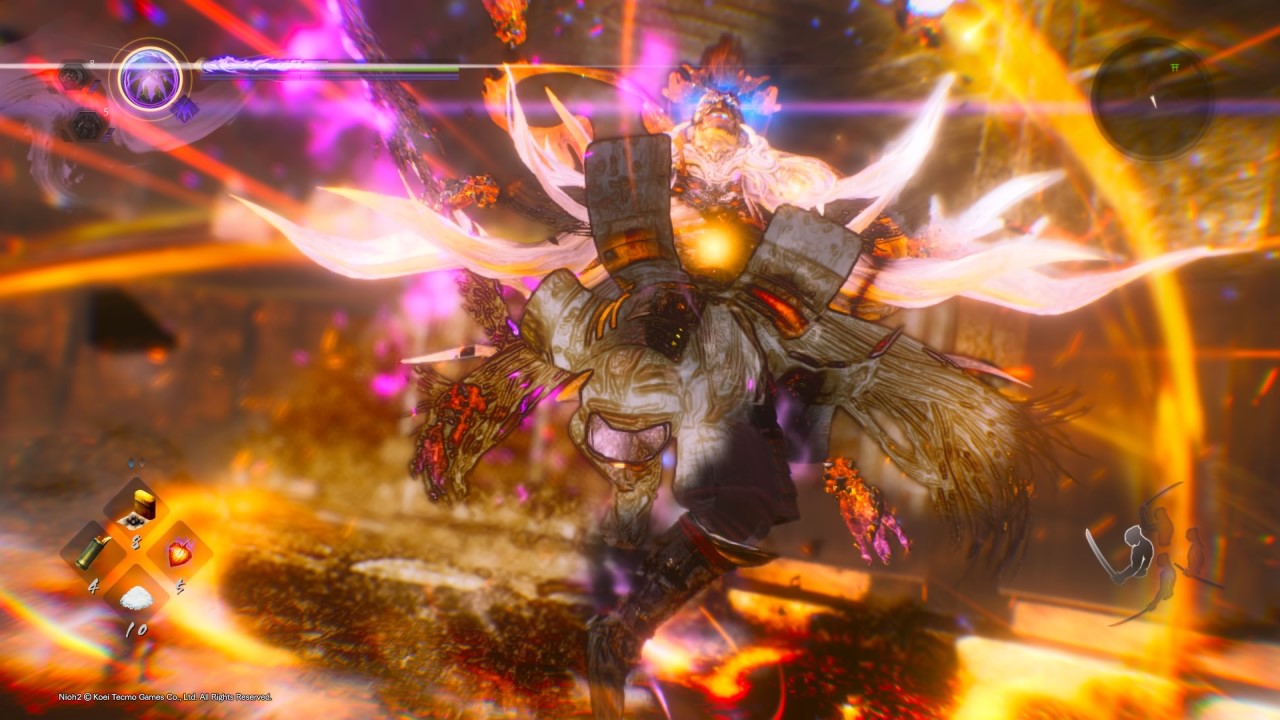 Nioh 2 shares much in common with its predecessor, but new to the samurai Souls-like is the ability to transform into a powerful form called Yokai Shift. It can’t be used whenever you desire, but when deployed on the battlefield it can sway a troublesome encounter in your favor.

Yokai Shift can be used by pressing the Circle and Triangle buttons together when the Amrita Gauge is full.

Yokai Shift can alter a fight dramatically in Nioh 2, so you need to first build up your Amrita Gauge before using it. The gauge is the giant circle to the left of your health and Ki bars, with the icon of your current Guardian Spirit within. As you collect Amrita in Nioh 2 the gauge will slowly fill until it starts to glow. That’s your indication that it is ready for use.

At any point thereafter you can press the Circle and Triangle buttons together to activate Yokai Shift. You will take one of three forms depending on your Guardian Spirit: Brute, Feral, or Phantom. Brute is all about getting up close and personal with your foe, Feral encourages a nimble dodge-focused approach, and Phantom balances ranged and melee with quick cycling between attacks. The Yokai Shift Gauge will replace your health and Ki gauges, and any damage taken will deplete the Shift Gauge instead of your health and Ki.

Dodging, blocking and attacking will also reduce the gauge, and it does deplete over time. You will want to avoid damage if you wish to prolong your Shift. Whenever you see a pool of Yokai Realm you can disperse it by walking into it with your Shift form, and it will provide Amrita that can be used to power your next shift. Attack the Yokai Realm will boost your attack damage instead.

If you press Circle and Triangle again you can unleash your Guardian Spirit for a super attack, but it will use the remainder of your Shift Gauge. You can also end your Yokai Shift early by “sheathing” it with R1 and Circle.

That’s how to transform into your ultimate Yokai Shift form in Nioh 2. With smart use it can swing an impossible boss battle in your favor.

Home / Game Guides / Nioh 2 – How To Transform, How to Yokai Shift