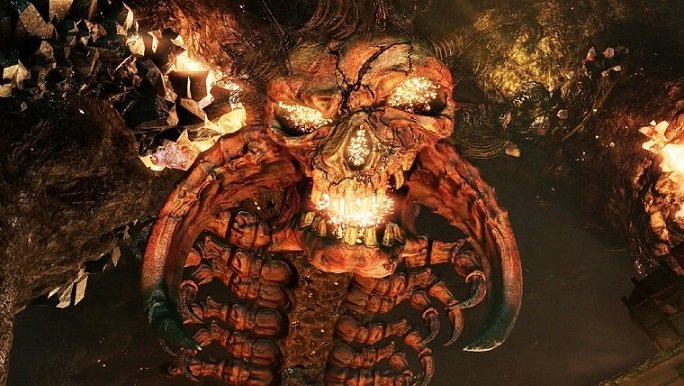 Most of the Nioh bosses that you’ve faced up to this point have been incredibly challenging, but things are definitely ramped up with the boss fight against the Great Centipede. Other than the fact that it’s a monstrous bug that can cover a lot of ground quickly, it likes to sprinkle around poison generously that can be a royal pain to deal with. This guide will get you prepared for this tough boss fight.

First of all, before even beginning this battle you want to make sure that you have as many antidotes as you can going into this battle, because you’ll be using many of them. Also, if you manage to come across any gear that has any poison resistance at all, then be sure to equip it because it will make your life a lot easier during this fight. One of the things that can make this battle so challenging is the fact that your health will be slowly draining throughout it due to the poison, so limiting that happening is crucial to you surviving it.

Another thing that makes this battle unique compared to the others in the game is that the battle area is much larger than previous ones, with upper levels that you can move to in order to get the upper hand. As soon as the battle begins you’ll want to run for the nearby ladder on the right and head up to the platforms. Keep in mind that the boss will follow you up here, but he has a long route to take in order to finally reach you. You’ll want to use this time to get to the air filter and crank it, which will get rid of the poison in the room. Then hop down to the first floor and find the poison mass near the pillar and destroy it to stop the poison from coming back.

While you can take the boss on directly on the first floor and maneuver around his lunging attacks, rock throws and poison spewing to get in shots from behind, there is an easier method that involves taking your battle to the second floor. Go up to the portion with the air filter and stand near the column, which will begin the boss’ long journey towards you. If you have projectile weapons then this will be a fantastic opportunity to get some easy shots in on him, such as with the bow or a gun. However, once he does reach you you’ll want to slowly move around the pillar to use it as a shield against his attacks, and then run around it to quickly attack him from behind and then get behind the pillar again.

The great thing about this battle method is that the boss will occasionally fall back down to the first floor while trying to attack you, which means that he will once again have to slowly journey his way back up to you while you can get in more easy shots with projectiles. It’s the poison that really makes this fight a challenge, but if you’re able to keep on top of it by regularly filtering the air and having plenty of antidotes then you shouldn’t have too much of an issue.