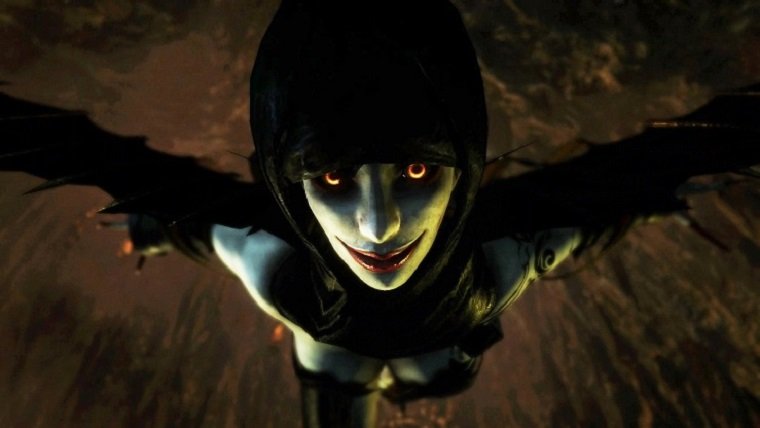 It’s the boss fight with Hino-Enma where things start getting very strange in Nioh, as she’s very different compared to the ones that have come before. She seems to be kidnapping men and suspending them from the top of her lair as she feeds off of them, and you find yourself in the unfortunate situation of interrupting her meal. We’ll help you avoid being her next snack, but it certainly won’t be easy.

She’s very nimble and is able to attack you from very far away, so once again taking a nimble approach to this battle is a must. Stick with the mid stance so you can deal decent damage and guard against her projectile attacks, of which there will be many coming your way. You’ll also want to try and equip gear that has paralysis resistance (such as Archer’s gear), as she has a projectile that can paralyze you and leave you completely open to what will likely be your death blow.

The boss’ standard attacks involve sweeping kicks that have relatively short range, though the initial two kick attack will eventually become a three kick attack. As soon as the final kick has been used then dash in for a quick hit before backing away. She will also attack with her umbrella that shares a similar pattern with her kicking move set, which will also allow you to get in more hits after she finishes than you would with her kicking attack. She’ll occasionally use a sweeping spin attack towards you that covers a lot of ground and deals big damage to your health and Ki, so be ready to dash out of the way and get behind her to attack.

It’s when she takes things to the air where things get tricky, as that is when she will use her projectile attacks. She will fling a handful of blades at you that usually come in two waves, and if you fail to dodge the first wave then you’ll likely be hit by the second wave. She’ll also be using her paralysis projectile while in the air, which you’ll want to make sure you dodge out of the way of each time. She’ll also do a charging attack that you can dodge out of the way of easily enough if you see it coming, which will result in you being able to get some quick attacks in from behind.

You’ll always want to be careful when you’re going in for attacks as the battle wages on, however, as she has a deadly grab move that does big damage on you and restores her own health. If you see it coming and are able to dodge out of the way, she will be vulnerable for a couple of seconds for you to dish out some damage.

If you are able to learn all of her moves to the point where you can dodge them most of the time, then that will be when you are finally able to get far in the fight and even bring her down. As always, even one mistake can spell your doom, so be patient and be sure to always avoid her most lethal attacks to stay in the fight.