Nioh Guide: How And When To Use The High, Mid And Low Combat Stances 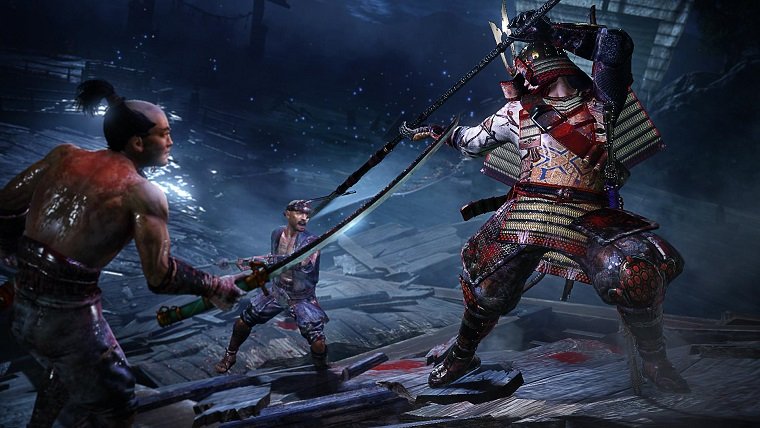 Nioh mixes things up when it comes to its combat that is heavily inspired by the Souls series, as it works in the ability to swap between three different combat stances on the fly. These stances may not seem all that important when you first learn about them, but their impact on combat is substantial. This guide will get you familiar with each of the three stances, as well as informing you of the best situations to use each one.

The following are the three combat stances that Nioh has to offer:

Low Stance: Sacrifices offense for defense, allowing you to withstand enemy attacks better when you defend. However, you’ll also be dealing less damage per attack, though you will be attacking more quickly. This stance is best used when you’re facing an opponent that doesn’t give large windows for you to attack, so you can quickly get in and deal some damage before quickly getting away. You will come across enemies that will crawl on the ground and are difficult to hit with Mid or High Stances, so switching to Low Stance is a must in these situations. It uses a small amount of Ki when attacking, and results in the loss of a small amount of Ki when attacked.

Mid Stance: The most well-rounded of the three stances, which makes it the ideal stance to have set when venturing into unknown areas. Whenever you’re facing an enemy that you’ve never faced before, start with the Mid Stance to get a feel for how the enemy ticks. If your attacks are too slow then you should switch to the Low Stance, but if the enemy moves slowly and gives you big windows to deal damage then switch to the High Stance. It uses a medium amount of Ki when attacking, and results in the loss of a medium amount of Ki when attacked.

High Stance: Sacrifices defense for offense, allowing you to deal the maximum possible damage at the expense of being able to get yourself out of harm’s way as easily. You’ll find that once you’ve gotten a feel for many of the game’s enemies that you’ll be switching to the high stance, as you’ll memorize the windows for attack opportunities and then deal the maximum damage that you possible can. You can also use this stance to break through an enemy’s guard, which will stun them and give you a great opportunity to deal even more damage. It uses a large amount of Ki when attacking, and results in the loss of a large amount of Ki when attacked.

As for how you actually switch between these stances, all you have to do is hold the R1 button and press the triangle button (High Stance), square button (Mid Stance) or x button (Low Stance). Getting the hang of switching stances regularly will make combat less brutal for you, as you’ll adapt to enemy types and learn the best ways to eventually bring them down.

Home / Game Guides / Nioh Guide: How And When To Use The High, Mid And Low Combat Stances