Nioh Guide: How To Use Guardian Spirits & Living Weapons 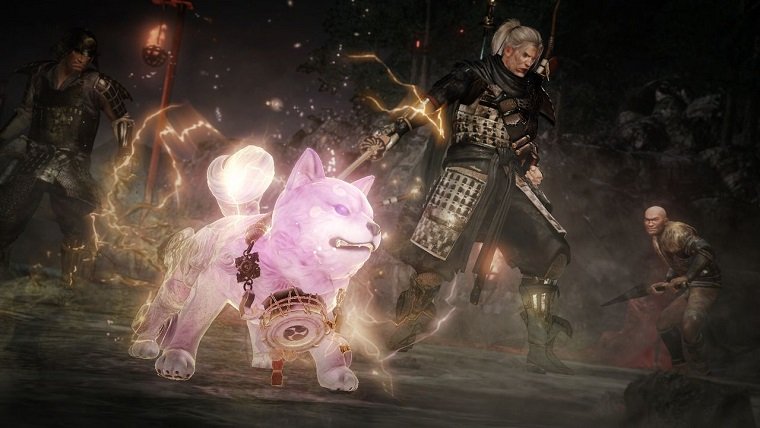 Combat is always brutal in Nioh, but the game does offer some powerful moves that can be pulled off when the going gets particularly tough. One example would be with Guardian Spirits, which accompany you on your journey and protect your Amrita when you are killed by an enemy. However, they also give you passive stat boosts and allow you to perform powerful Living Weapon abilities, and this guide will detail all of that.

As you duel with an enemy and land attacks you will notice that next to your health and Ki bar is a circular icon with your currently-equipped Guardian Spirit. This icon serves as its own gauge, which will fill up as you land more and more attacks. Once it is completely filled you will be able to use Living Weapons, which can be performed by pressing the triangle and circle buttons simultaneously. Doing that transforms your health and Ki gauge into a Living Weapon gauge, which makes you invulnerable to enemy attacks as long as it is active. However, it quickly depletes and depletes further when you are struck by an enemy, so you need to make sure that you are quick with your attacks.

While your attack power will be greatly enhanced while the Living Weapon is activated, you can also pull off a special attack while in this mode. Pressing the triangle and circle buttons simultaneously while it is activated will pull off your Guardian Spirit’s unique skill, which will typically deal some big damage. The following is a list of each of the game’s guardian spirits:

As you make your way through Nioh you will unlock more and more of these Guardian Spirits, though they each come with their own strengths and weaknesses. This means that you’ll ultimately want to experiment with them and find the ones that you like the best and stick with them. However, just having any Guardian Spirit at your service is a big plus, because as long as you are able to utilize them as Living Weapons in battle then they will always provide a brief sigh of relief no matter which one you have equipped. You can change these Guardian Spirits at any of the game’s shrines.

While they will be powerful in their own rights, there’s more that you can do to increase their strength. When leveling up at a shrine you probably noticed that there is a stat called Spirit, which directly impacts the strength of your Guardian Spirit. While it’s not a stat that you’ll want to put all of your Amrita towards seeing as you have your own character’s stats to worry about, increasing your Spirit level every now and then is a good idea to ensure that your Living Weapons gradually get stronger.

Guardian Spirits and their accompanying Living Weapon moves are something that you’ll want to make sure you have handy going into a boss fight, but they can also be a great way to finally overcome a particularly touch section of a dungeon. Just be sure that you have the enemies in a position where you can quickly deal damage before unleashing the special move, and you’ll likely find some nail-biting battles turning in your favor.