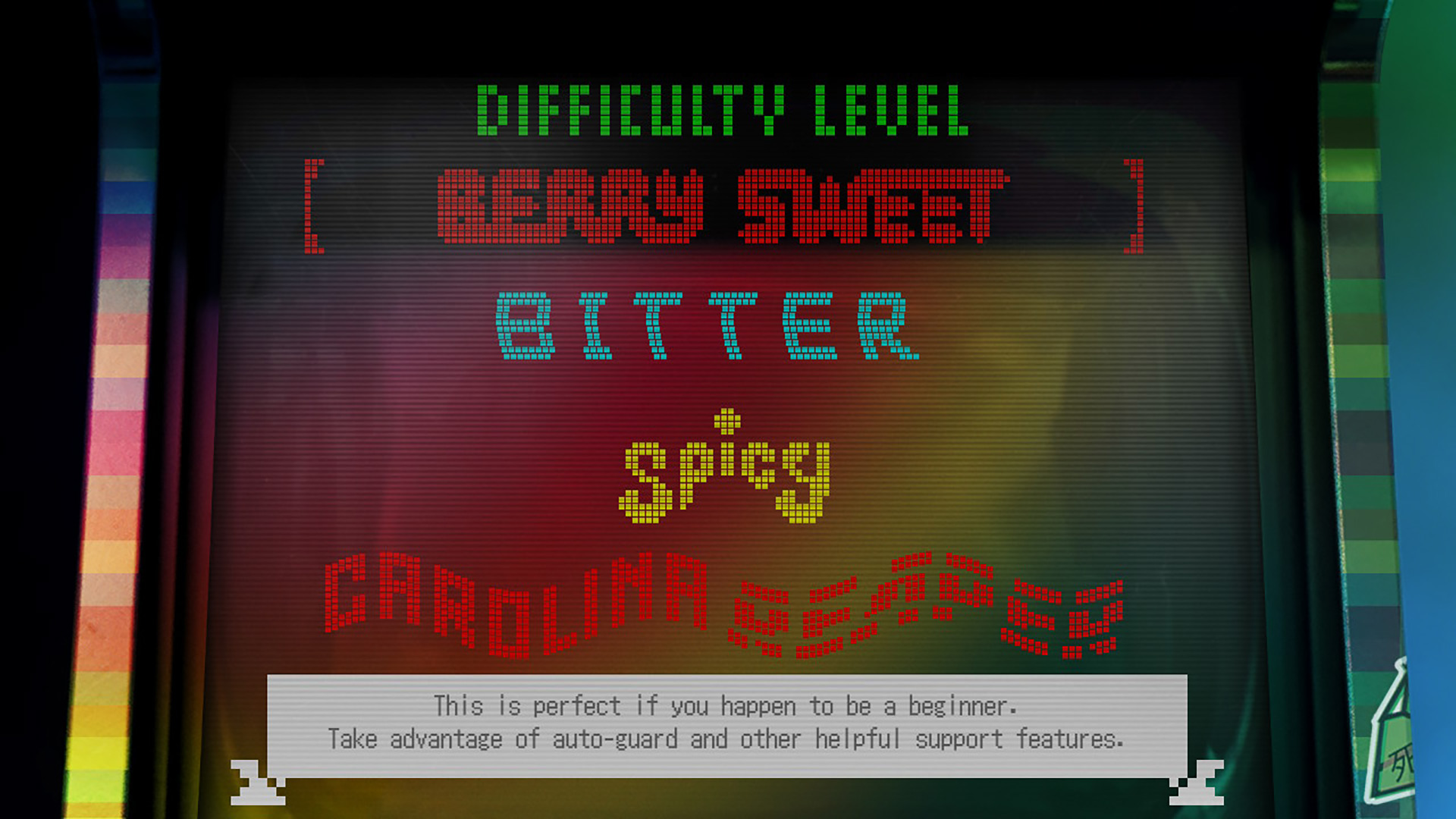 Difficulty Settings in No More Heroes 3

The No More Heroes 3 difficulty settings range from Berry Sweet (easy mode) to Carolina Reaper (ultimate/very hard mode). Each difficulty setting affects how hard enemies hit, how much HP they have, and on the easiest setting, even if autoguard is a thing or not. See below for a full breakdown of all currently known difficulties and what they entail.

The Spicier the Better

You may have noticed in the time machine that there is one additional difficulty setting, Death. It’s unclear at the time of this writing if this is able to be unlocked as a main game difficulty setting so it is absent from the below list.