Outriders – How to Change World Tiers

Avoid tears by learning about Tiers 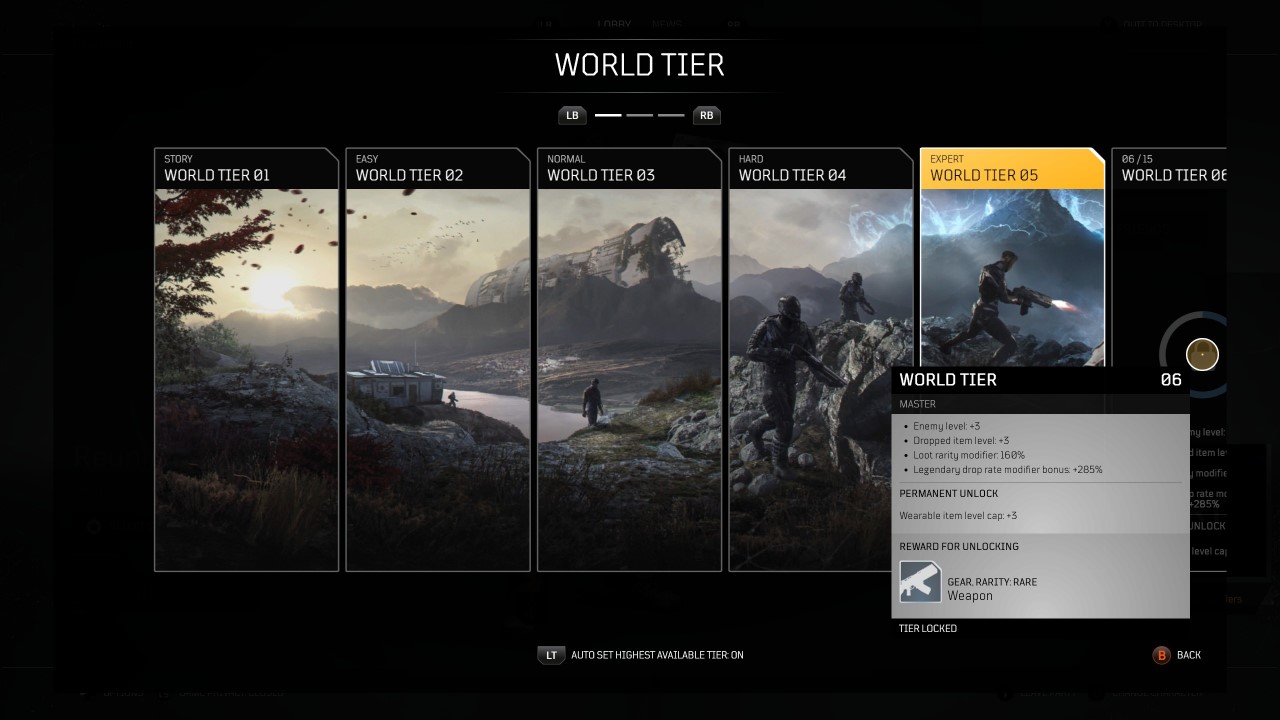 Outriders doesn’t boast the typical difficulty level selection often found in other games when starting a new campaign or digging through gameplay options. Replacing the traditional difficulty settings are World Tiers, People Can Fly’s way of letting players adjust the challenge as they see fit.

There are 15 World Tiers, each one offering tougher opposition with the benefit of better bonuses than the preceding tier. If you are finding that your loadout is breezing through the fleshy targets or that the opposition is near unbeatable, the World Tier can be changed at any time to best suit your current combat prowess.

How to Change World Tiers

World Tiers can be changed either in the lobby or pause menu (titled Game Menu). Clicking on the World Tier option in either area will bring up the World Tier selection screen.

Here, you can enable whichever World Tier is desired. However, not all tiers are unlocked by default. A progress bar separate from the player level fills up over time as XP is earned. Filling the bar unlocks the next tier.

If the “Auto Set Highest Available Tier” setting is turned on, the game will automatically make the switch when a new tier becomes available. It is recommended that players find a comfortable tier for their initial campaign run instead of letting the game boost the difficulty by itself. World Tiers are not a natural progression appropriately scaled for those not yet in the endgame.

Here are all available World Tiers and their associated bonuses.