Outriders – How to Dismantle Gear and Weapons

Let's break it down 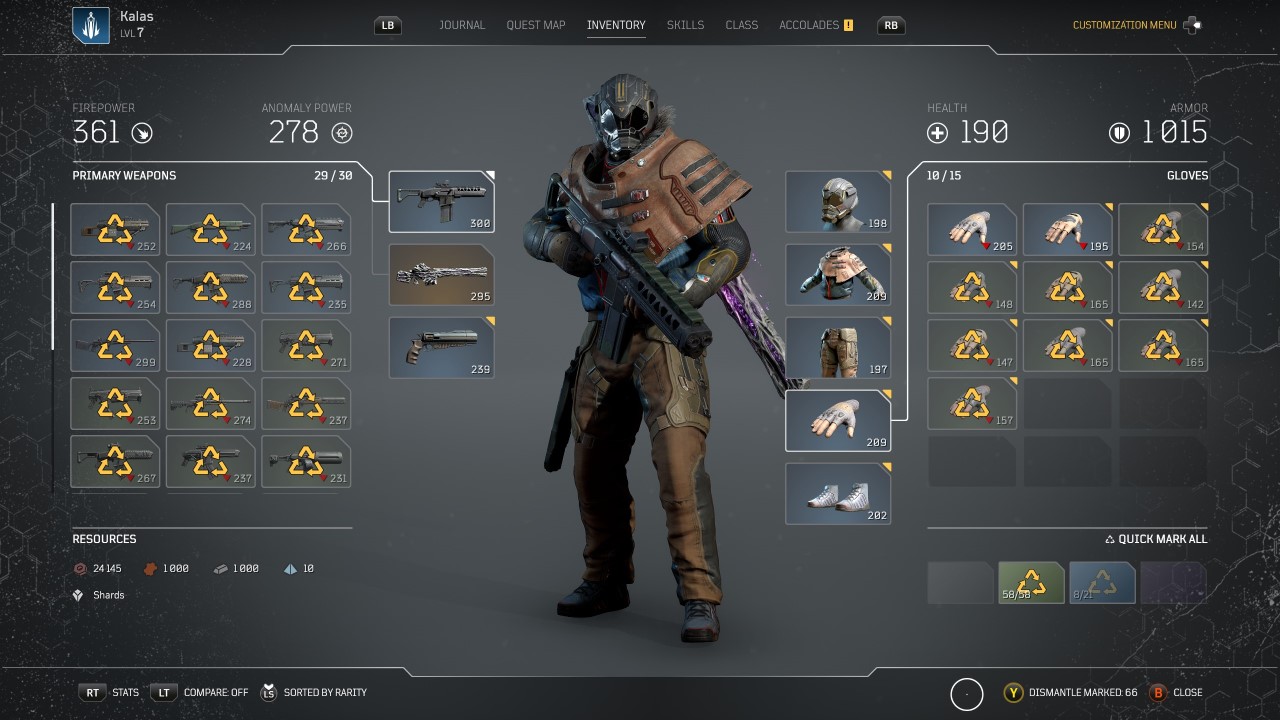 Outriders is very much a looter shooter, meaning gear is going to flood the player constantly. Weapons and armor of various rarities will drop regularly as the adventure across Enoch progresses.

As with all other loot-based games, eventually that gear will become obsolete. When that happens, armor and weapons can be broken down. The resulting resources are useful for those interested in crafting.

How to Dismantle Gear and Weapons

Weapons and armor are dismantled from the player inventory. Pull up the inventory screen and then hover over the item in need of dismantling. Click the Mark option (right-click on PC; right stick on consoles). Once marked, an item can be broken down by clicking the Dismantle Marked option at the bottom-right or holding its associated button/key.

Items can also be marked in bulk by rarity via the Quick Mark All option found at the bottom-right of the screen. Clicking on the green box will automatically mark all weapons and armor of Unusual rarity, for example.

The resources gained from dismantling are as follows:

Being able to quickly and efficiently remove all items under a targeted rarity level will certainly prove useful for those who plan on farming heavily in the endgame.

Home / Game Guides / Outriders – How to Dismantle Gear and Weapons