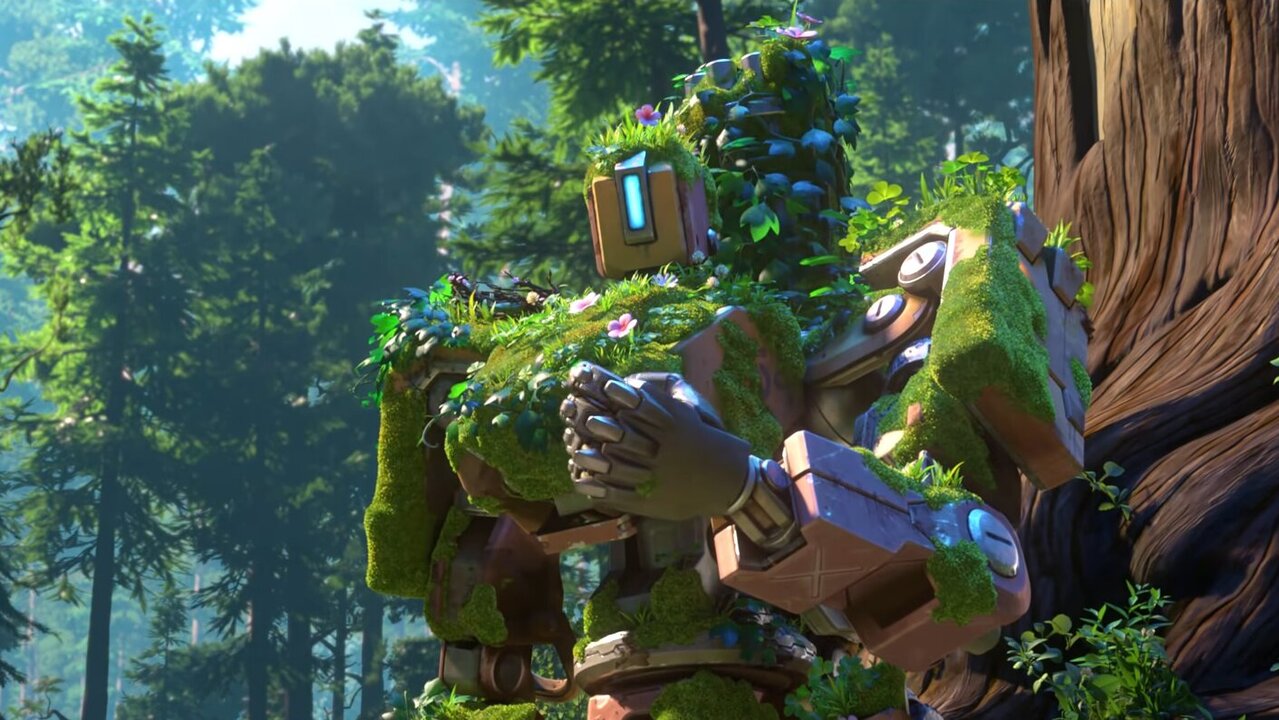 Bastion has received a big rework for Overwatch 2 and it feels great. Instead of being able to heal, swap weapons, and turn into a tank, Bastion now has one automatic rifle, the ability to lob a grenade, and a mobile Gatling gun tank mode. Here is how to play Bastion in Overwatch 2.

The Bastion in Overwatch 2 is new and improved. For his main attack, Bastion is always in Configuration: Recon mode. This mode allows Bastion to shoot a medium-speed assault rifle that is highly accurate.

Bastion can switch guns with his Reconfigure ability. Once this is pressed, Bastion will use Configuration: Assault for an extended period of time. This mode makes Bastion a slow-moving tank that fires a Gatling gun. Bastion’s other ability is A-36 Tactical Grenade which is a standard grenade that explodes on enemies or surfaces. 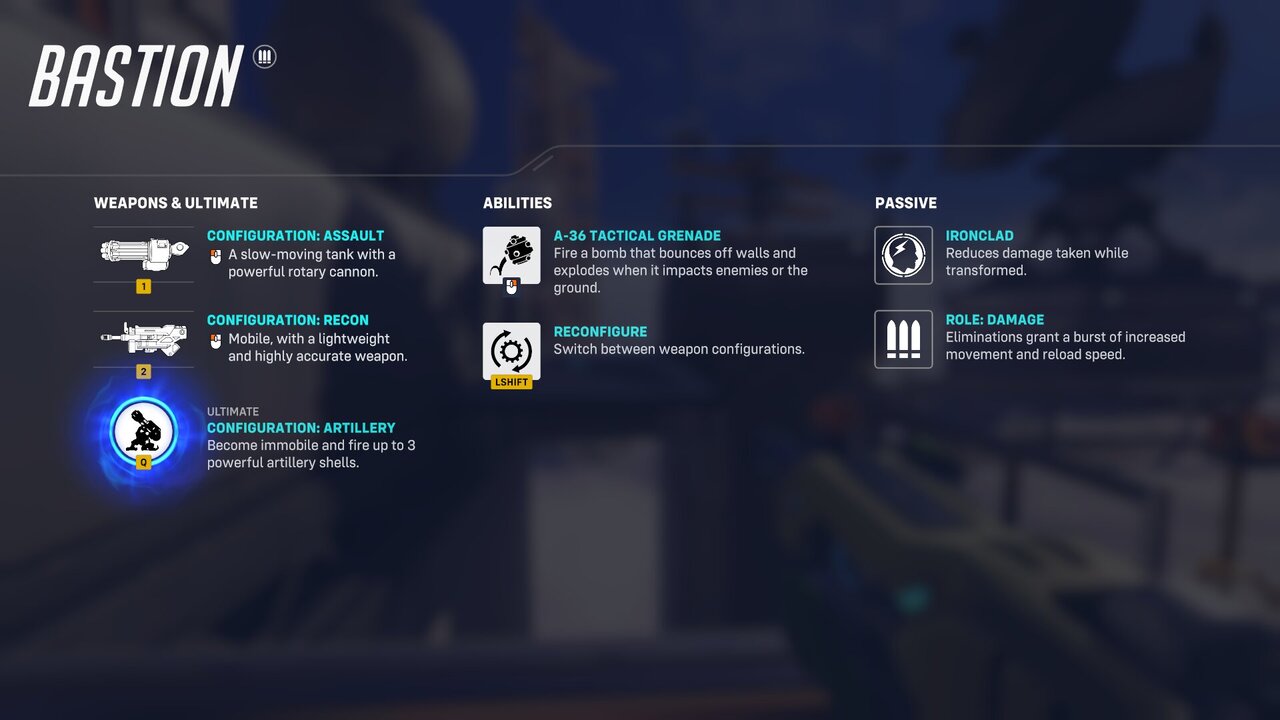 Bastion has two passive abilities: Ironclad and Damage. Ironclad reduces damage taken while in Configuration: Assault mode. The Damage passive is standard for all Damage Heroes and grants a speed boost to movement and reload speed on eliminations.

Bastion works well with Orisa or Reinhardt as they are both sturdy damage sponges with strong shield capabilities. For the second Damage Hero, any Hero will do for different reasons, but Soldier 76 or Hanzo are particularly good picks for continuous damage.

To capitalize on all of Bastion’s potential, make sure to stick with your Tank and Support. With a solid front of Reinhardt, Baptiste, and Bastion, you can create an impenetrable wall. Be sure to always be firing and use Configuration: Assault as often as possible, especially to quickly eliminate the enemy’s healer.

Now that you have the knowledge you need to successfully play Bastion in Overwatch 2, you’re ready to win some matches. If you need help finding the best defensive team, how to fix any errors you’re having, or you are looking for more Hero guides, visit our Overwatch 2 page for more.