Overwatch 2: How to Unlock Sojourn’s Cute and Pixel Sprays

Show off your skill as Sojourn with her Cute and Pixel Sprays! 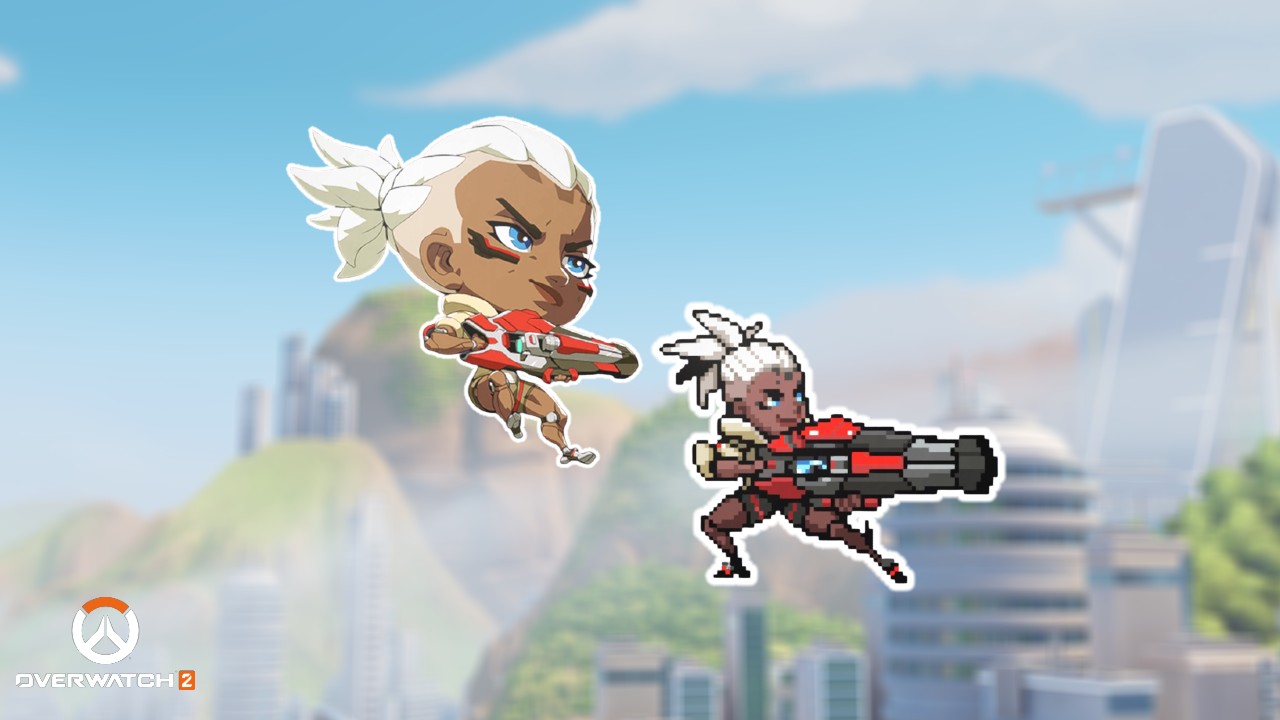 Overwatch 2 continues the tradition of every Hero having unlockable ‘Pixel’ and ‘Cute’ Sprays, which feature Heroes in a retro game and chibi style, respectively. Players can complete challenging achievements to obtain these Sprays, and spray them almost anywhere in-game to show off their skills. Kiriko, Junker Queen, and Sojourn — Overwatch 2’s brand-new heroes — all have their own Sprays to expand your existing collection from the first game. In this guide, we will be detailing how you can unlock Sojourn’s Cute and Pixel Sprays in Overwatch 2.

Sojourn’s ‘Cute’ spray is obtained by completing the ‘Taking Charge’ achievement, while her ‘Pixel’ spray is tied to her ‘On The Move’ achievement. Before we begin delving into further detail, we recommend reading our guide on Sojourn’s Playstyle to gain a better understanding of her Abilities. If you’d like even more Sprays to add to your collection, we also have guides on how to obtain Junker Queen and Sojourn’s Cute and Pixel Sprays!

How to Unlock Sojourn’s Cute Spray 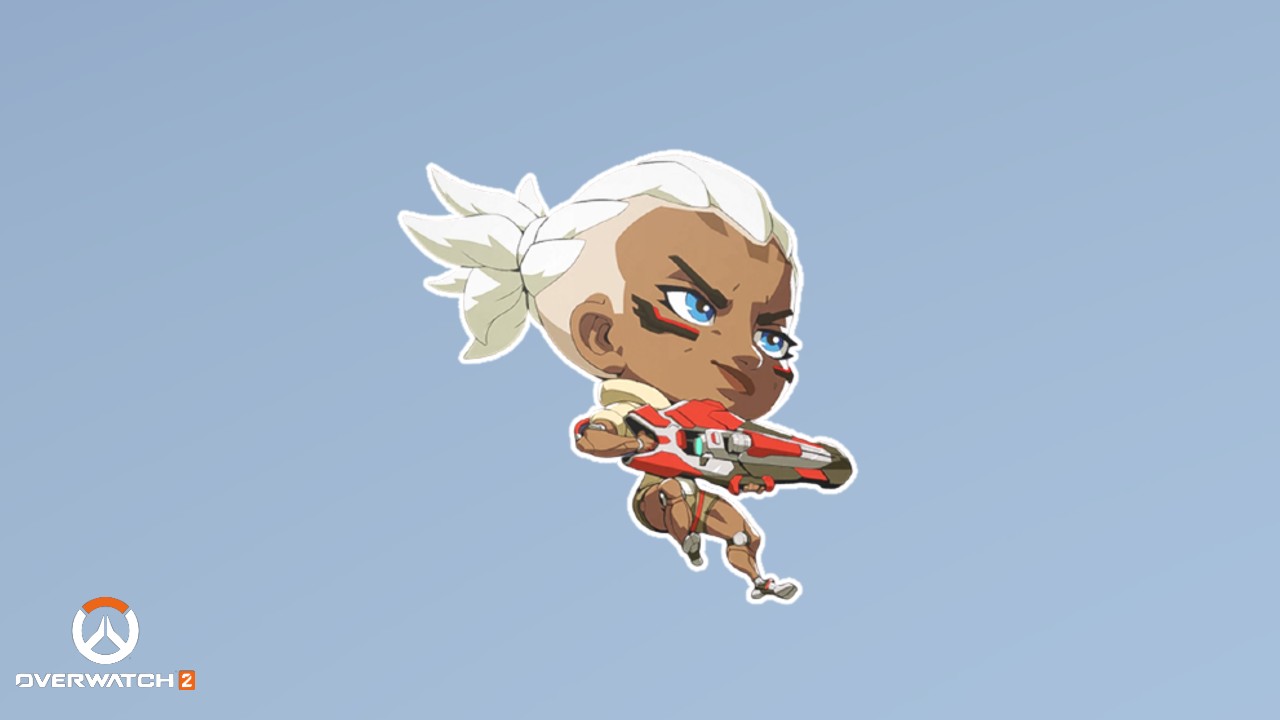 To unlock Sojourn’s ‘Cute’ Spray in Overwatch 2, you will need to earn the ‘Taking Charge’ achievement, which can be earned by getting 4 killing blows with a single use of Overclock in Quick Play or Competitive.

Overclock is Sojourn’s Ultimate ability, which will constantly charge her Railgun to 100% while the Ultimate is active. You will want to constantly use Sojourn’s secondary fire, at 100%, while Overclock is active. Headshots will instantly kill most non-Tank characters. You will only have around 6 full charges, so hitting critical hits is paramount. With enough practice, luck, and co-ordination with your team, Sojourn’s Cute Spray will be yours.

How to Unlock Sojourn’s Pixel Spray 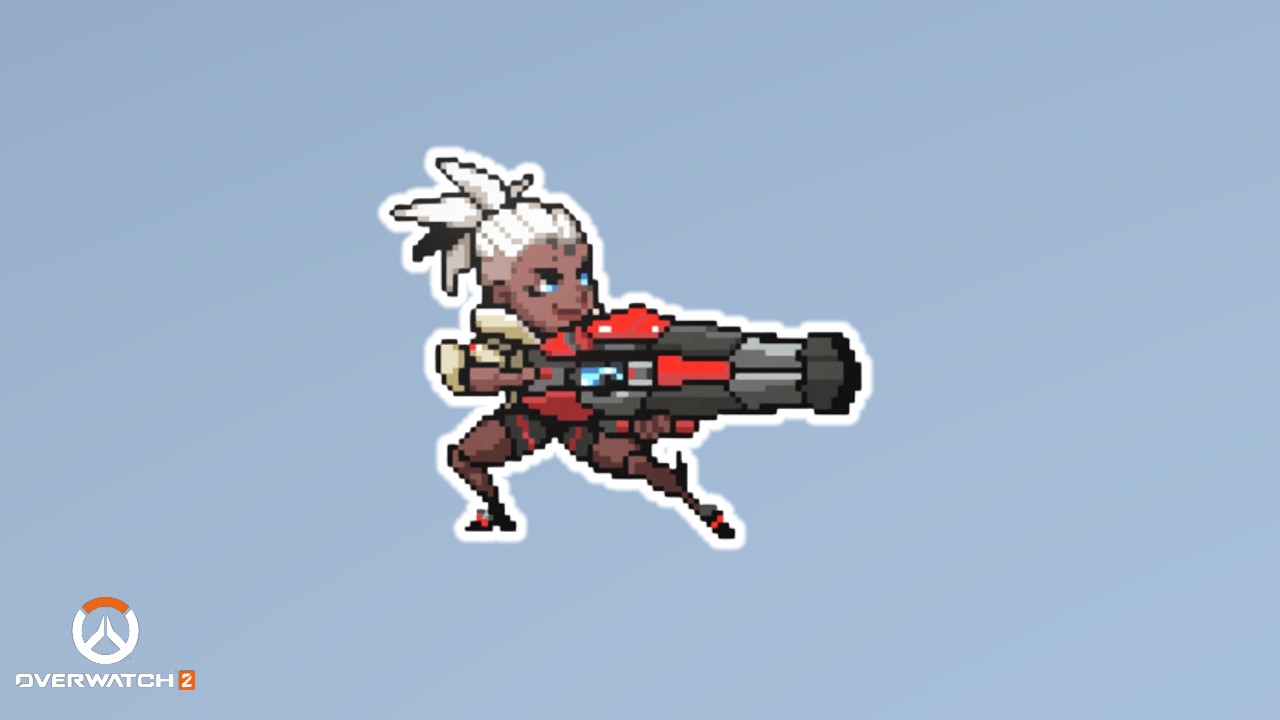 To unlock Sojourn’s ‘Pixel’ Spray in Overwatch 2, you will need to earn the ‘On The Move’ achievement, which can be earned by killing an enemy with a charged Railgun headshot while sliding in Quick Play or Competitive.

This one will mostly be down to practice. Sojourn’s Railgun will charge when she deals damage to enemies or enemy barriers. When her charge is at 100, which is shown below her crosshair, her secondary fire will deal a considerable amount of damage that will instantly kill most non-Tanks. You will need to headshot an enemy with this charge while sliding using Sojourn’s ‘Power Slide’ ability. As mentioned above, using Sojourn’s Ultimate will continuously and fully recharge her Railgun for a period of time. Although Power Slide has a 6-second cooldown, activating her Ultimate will give you the opportunity to damage a Tank hero to the point where a charged headshot would kill them, ready for your slide and shoot. Don’t forget to use Disruptor Shot for extra damage, but make sure it doesn’t kill them before your Railgun can.

Attack of the Fanboy / GAME GUIDES / Overwatch 2: How to Unlock Sojourn’s Cute and Pixel Sprays