Persona 5 Guide: How to Get The True or Good Ending

The latest news in the world of video games at Attack of the Fanboy
April 9th, 2017 by Al McCarthy 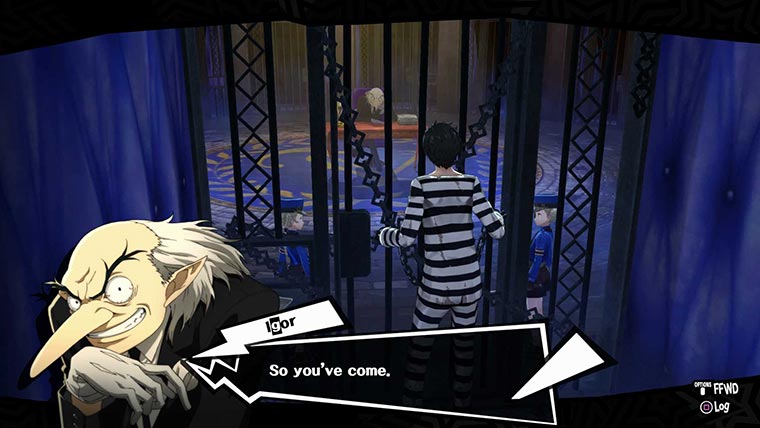 In Persona 5 there are multiple endings to the game depending on the choices that you make throughout the game.  There are many ways that you can spend you time in the game, mismanaging your time can set you on the path to bad endings.  This guide will tell you how to get the good ending and true ending in Persona 5, and how to avoid the bad endings.

Please note that everything below this could potentially be a spoiler for the game so if you don’t want some of the story revealed do not read.

The first bad ending can be gotten by failing to meet the deadline of completing a palace and getting the treasure inside before time runs out.  All you have to do is ignore the deadline and you’ll get this bad ending to Persona 5.  The second can be gotten by making the wrong choices and spilling the beans when you’re being interrogated by Niijima.  If you turn on the Phantom Thieves and reveal the identities of your friends you’ll get a bad ending.  Lastly, if you make it all the way to the final dungeon and choose the dialogue line “Is it really the right world,” you’ll trigger the third bad ending.

If you managed to not get any of the aformentioned Bad Endings in Persona 5 you have a chance to get this alternative ending.  If you can make it to December 24th, you’ll need to speak with Igor in the game’s final dungeon… but don’t fight him.  He’ll offer you a choice to return to the world to its previous form.  Not fighting Igor is the path to getting this alternative ending.  However, if you want the “true” ending, read on.

The True Ending for Persona 5 requires you to do a mixture of things.  First of all you’ll need to have not gotten any of the bad endings, so that means you’ll need to have gotten the treasure from the palace by the deadlines.  However, you also need to not cooperate with Nijima during your interrogation.  If you give up your friends, the ending of Persona 5 will be that the detective has cracked the case.  If you were avoiding the bad endings, you’ll also have not chosen the “Is it really the right world” dialogue line.  Now at this point you need to not take Igor’s bargain of returning the world to ignorance at which point you’ll fight a final boss battle and recieve the True Ending in Persona 5.

Home / Game Guides / Persona 5 Guide: How to Get The True or Good Ending