Persona 5 Strikers – How to Level Up Personas Fast

Prepare your wallet, as it is not ready for this. 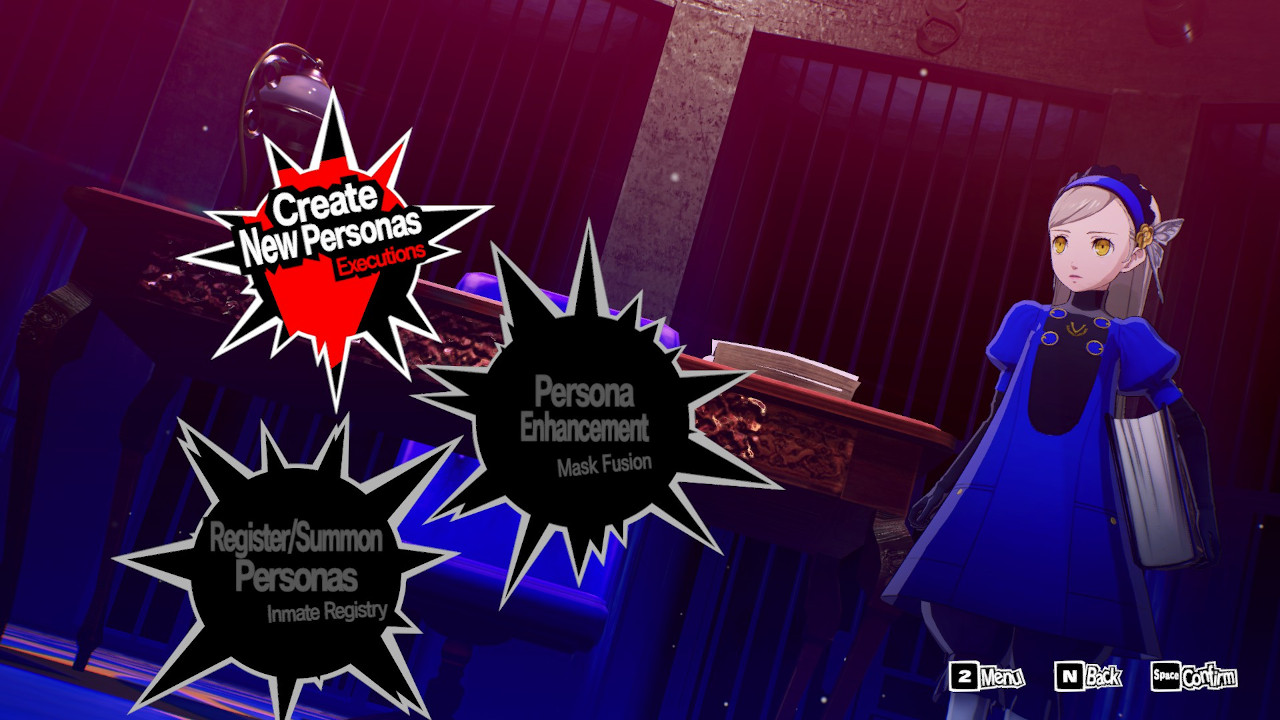 Persona 5 Strikers carry on the tradition of its predecessors, of having available a multitude of different Personas for us to raise and utilize in combat. Of course, only our protagonist Joker can have more than one with him in battles, but that doesn’t change the fact that all these beasts need some exp and levels to actually be useful. What we are going to see below, is a great way of leveling up all of our Personas, very fast and with minimal effort. If you have the money needed, that is.

How to level up any Persona, the fast way

First things first, how do you actually level up a Persona? There are 2 prerequisites. One, a Persona can’t surpass the level of your protagonist. If Joker is level 10 for example, the max level of a Persona will be 10 as well, no way of increasing that limit. Then, what we also need, is Persona Points. Those Points can be earned through battles, whenever you loot masks from enemies and you ‘enslave’ them as Personas of your own, or, whenever you release a Persona from your active list. In both cases, you earn Persona Points, which are used to increase the level of other Personas.

With that said, in order to ‘abuse’ the game’s mechanics and actually level up fast, we also need to know the following. Active Personas can be registered to the Velvet Room, in a some short of a manual. A registered Persona can be then summoned again, for a certain fee. The fee is of course increased, based on the registered Persona’s level and stats. Finally, as you’ve just read, you need to have a lot of money in hand, as higher leveled monsters do need quite a few bucks to be summoned.

Now then, with all of the above said and done, let us proceed with the actual leveling. What you need to do, is to release all of the active Personas you own, that you won’t be using in your playthrough. Make sure to registered them at their highest level. Right after, go to the summoning tab, and simply summon the highest level Personas you have in there. Depending on your goal, spend and summon accordingly. If you just want to give a level or two to your Persona, there is no need to call out dozens of them. Now all those summoned creatures, release them again for Persona Points. See where I’m getting at? You release beasts, you then use your money to summon them again, rinse and repeat.

This method requires a hefty amount of money if you are planning to level up multiple personas to their highest level, depending what is your max level as well, but it is literally the fastest way of doing so. Playing the game normally and grinding battles is of course a thing you can do as well, but for efficiency’s sake, I personally prefer this method here.