Persona is Making It’s Way to Xbox – Everything We Know

You never saw it coming, Persona is making it's way to Xbox in the future! 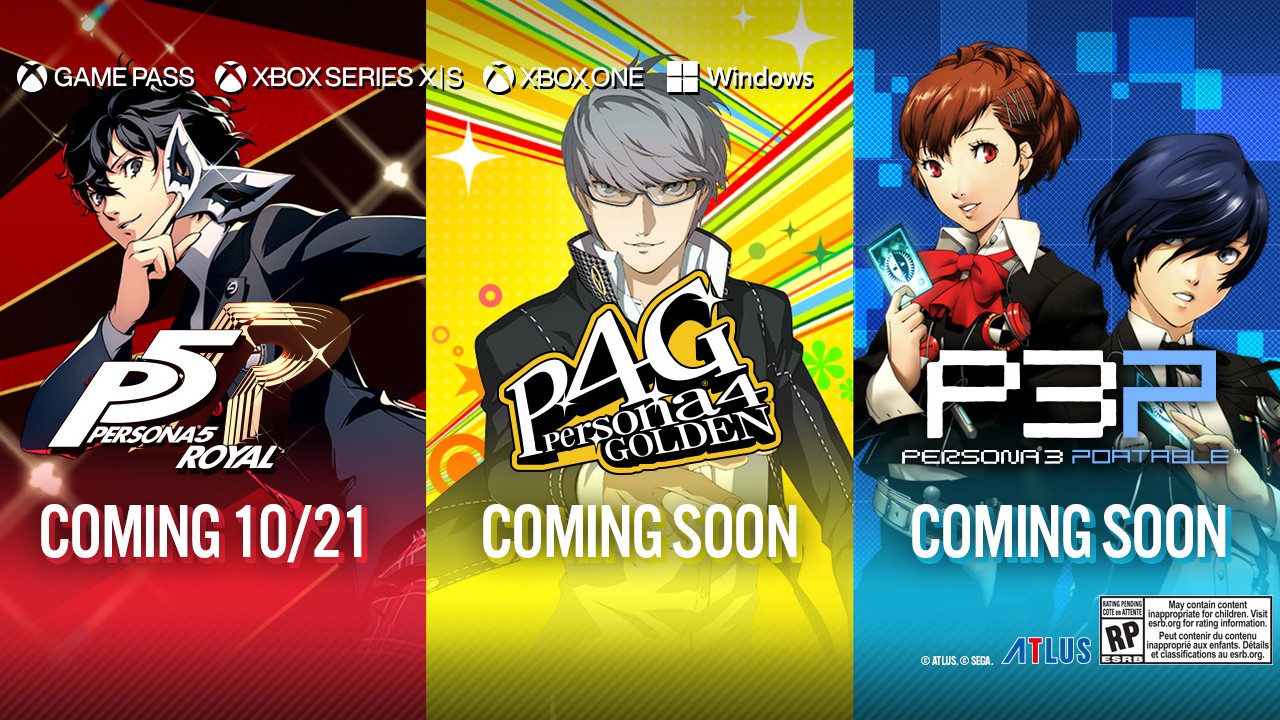 You’ll soon get to experience some of the greatest JRPG games ever created on a whole new platform, now that the Persona series is coming to Xbox. You’ll be able to play these three masterpieces on your Xbox consoles, as well as on PC. Persona 4 Golden has made its way to PC by way of Steam, whereas Persona 5 Royal and Persona 3 Portable have been locked to the PlayStation family for years.

However, starting very soon, you’ll be able to play through these on whatever system you choose. Let’s take a look at the details of what we can expect, and what we currently know about these titles.

Currently, it is known that Persona 5 Royal will launch on Xbox Series X/S, Xbox One, and PC on October 21st, 2022, with Persona 4 Golden and Persona 3 Portable following at a later date. With Persona 4 Golden already having a PC port, the release date may be sooner than expected, but with Persona 3 Portable being confined to the PSP for many years, it is unknown when this title will make its way to the service, and what kind of updates it may see along the way.

You never saw it coming!

Will These Games Come To Other Platforms

Currently, it seems like Nintendo Switch and even PlayStation gamers may need to wait for a while before these titles make their way to their systems, as this looks to be an exclusive offer for Xbox gamers. While the Persona series began life on PlayStation, we can expect that Persona 3 Portable and Persona 4 Golden will eventually make their way to the platform. Switch owners may have these to look forward to in the future, as well, but time will only tell.

It’s great to see that Atlus is doing something after the last few announcements for the Persona anniversary have fallen flat. We can only hope that this is a sign of things to come and that these games can grace all platforms, but for anyone with a PC or an Xbox, you are in for a great time, especially as they will launch Day One with Game Pass.