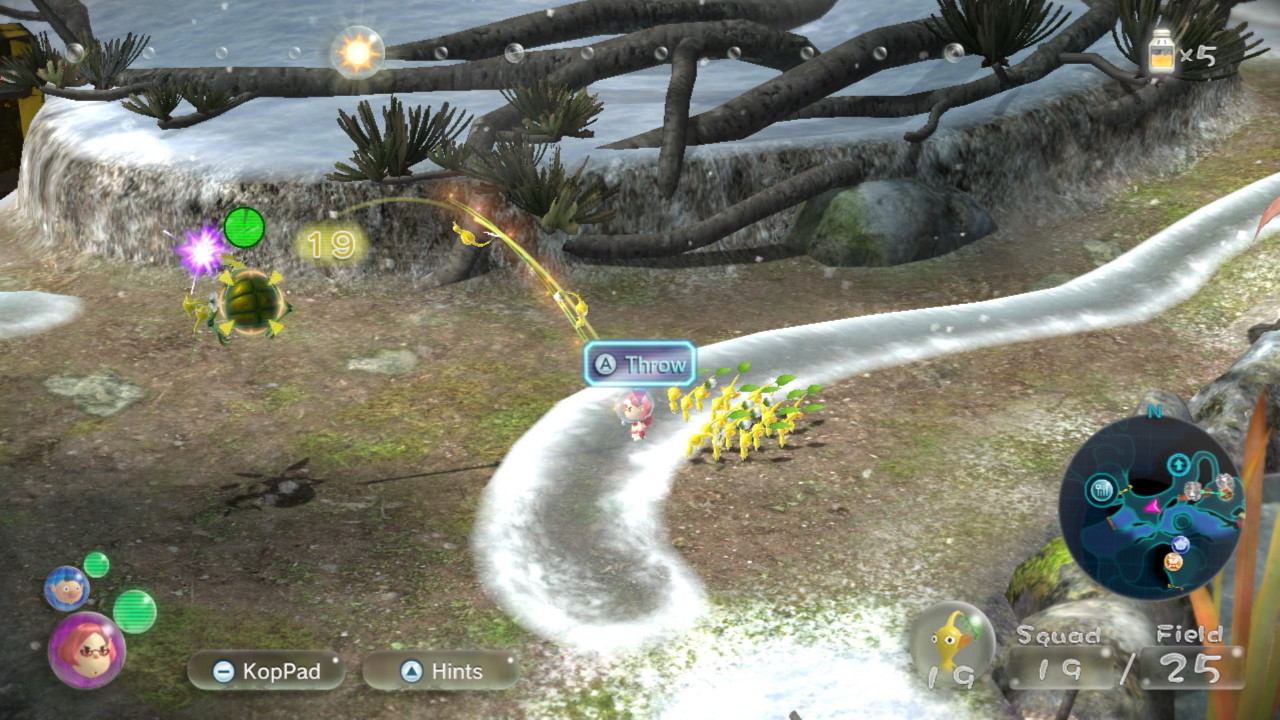 Ever since the Wii revolutionized motion controls they have remained a part of gaming in one way or another. The latest iteration are gyro controls, which emulate the pointer functionality of the Wii using the motion sensors in the Joy-Con or other similar controllers. Gyro controls aren’t perfect, but they’re pretty great at what they do. The only problem is that they have a tendency to drift and get out of sync, forcing you to reset them. This is true once again in Pikmin 3 Deluxe, which uses gyro to mirror how the Wii remote used to function. So here’s how to reset gyro controls in Pikmin 3 Deluxe.

How to Reset Gyro Controls

If you played through the Pikmin 3 Deluxe demo then you might have run into this situation already. You’re playing through the campaign, pointing your Pikmin where you need them to go and selecting objects with a simple gesture. All of the sudden though, the pointer becomes somewhat off center to where you intend it to be. Give this enough time and the drift will get pretty bad, making adjustment almost impossible. Thankfully there’s a quick and easy solution here. To reset gyro controls in Pikmin 3 Deluxe just tap the R button.

Doing this will re-center the reticle, so make sure you’re pointing toward the middle of the screen, or wherever you want your default position to be when you hit the R button. Whether you’re using a Joy-Con or Pro controller this should reset the pointer to the middle of the screen and give you more control over what’s happening.

The drift will certainly come back though, as gyro controls simply can’t keep track of where they are to a definite degree. Of course, now you know how to reset gyro controls in Pikmin 3 Deluxe so it won’t be a big problem at all.