What's changed in the Deluxe version 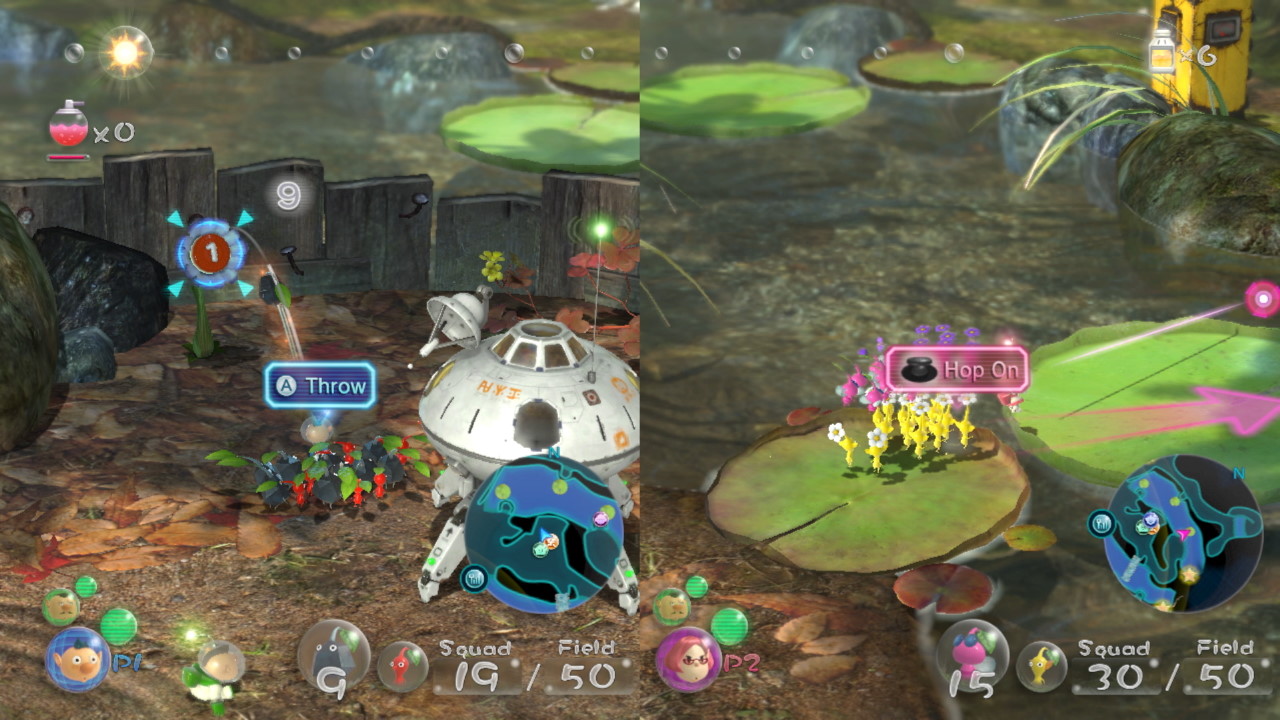 Pikmin 3 Deluxe is just around the corner, marking another high profile Wii U re-release on Nintendo Switch. This much beloved series had waited a long time for its third entry to arrive and while it was well received the smaller audience on Nintendo’s previous console definitely hurt how it’s been viewed. But that all changes now with the new Deluxe version on Switch. But what makes this one so deluxe really? Here’s what’s new and different in Pikmin 3 Deluxe on Switch.

Pikmin 3 hit the Wii U back in 2013 and was followed by a few sets of DLC. All of this content will be included for Pikmin 3 Deluxe along with some big changes. The first thing you’ll likely notice are the new difficulty options. Players can choose Normal or Hard and will unlock Ultra-spicy spray if they play the demo or complete the campaign on Hard. Normal is almost the same as the Wii U version while Hard makes the day/night timer run quicker and enemies will have double the usual health. Ultra-spicy spray mode limits you to just 60 Pikmin instead of the normal 100.

The original game heavily featured the Wii U Gamepad for its features, and now that it’s gone there will be many changes in terms of controls and how certain features work. For example, the map was always displayed on the Gamepad giving you a top-down view of the playing field, and some control over what happened there just on this screen. All of that functionality is now on the main screen, whether docked or undocked. The map is a quick button tap away now, bringing it up on the TV and pausing the action in the game. Also there’s a small mini-map in the bottom right corner at all times.

Also, without the Wii remote controls available like on Wii U the Switch is letting you use multiple controller options this time. Gyro controls are available for either Joy-Con or Pro controllers, and these can be changed or disabled in the menus. Controls have been modified overall as well, such as expanded Pikmin call range gathering more at one time, the lock-on feature being overhauled to work better, the charge attack being simplified, and making it easier to select and throw your Pikmin. And there are likely smaller changes in this same regard, so watch for updates the more time we get with the final game.

There are a lot of bigger changes though, so let’s break some of those down. The biggest for most players will be the expanded game options. Co-op has been added throughout the main campaign, letting you team up locally with one other player to control all your Pikmin. Likewise, there’s a new set of side stories featuring Captain Olimar and Louie. Olimar’s Assignment will bring back the fan favorite characters for some timed missions within the campaign’s levels.

UPDATE: Pikmin 3 Deluxe also adds a few hours to the end of the game via a prologue that puts players through a rigorous and challenging set of stages. No major story content is involved, but for those looking for new content there is some at the very end.

Original text continues: One of the more significant changes coming in Pikmin 3 Deluxe is a new After Hours mode option you can go into after completing a mission. This breaks through the usual ticking clock in the Pikmin series, letting you play more of the mission you just finished. Progress during After Hours isn’t saved like normal, so it’s not extended play hours, but if you do complete a mission it can help in unlocking the later stages.

Along with these bigger content additions and modifications come smaller inclusions such as bringing back the Piklopedia. This repository of Pikmin universe knowledge breaks down enemies and objects that you discover during the campaign, with some fun ways to interact with them as well. There’s also already been a few new music tracks identified within the Deluxe version of the game.

And that’s what’s new and different in Pikmin 3 Deluxe on Switch. More will likely be discovered once the game is in the hands of millions of players so check back for any updates.