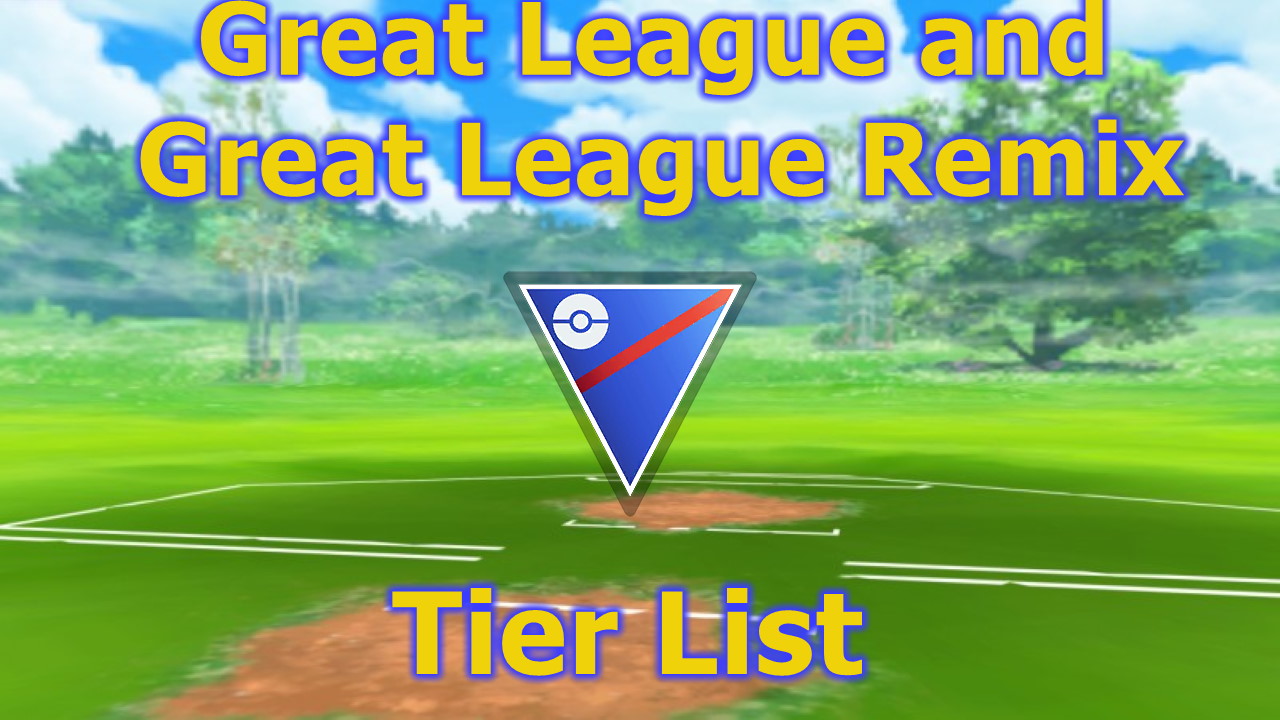 The Great League is about to return to Pokémon GO but this time it’s bringing a friend in the form of Great League Remix. Both leagues will offer a big challenge to players, with the remix altering the meta and shaking up the big tier lists. To help you pick a full team of the best Pokémon for the GO Battle League arenas we’ve put together an updated Pokémon GO Great League and Great League Remix tier list for April 2021.

The rules for the Pokémon GO Great League are simple. Two trainers enter with a team of three Pokémon all at or below 1500 CP, and the last trainer standing wins. Of course, with simple rules comes a lot of meta gaming, which is how we’ve put together our full Great League tier list for Pokémon GO in April 2021. Broken out into three categories, players will want to look to the top tiers for crafting their team.

Of course, type matchups are even more important than raw power and moveset in many cases, so you need to weigh your choices carefully. Just picking the top three characters won’t do, since your opponent can counter against you. So try to look to the “Resists against” and “Weak to” fields to compare you picks and form a team that doesn’t have any big weaknesses to exploit. So, here’s our Great League tier list for April 2021.
Note: When marked with (XL) it means to reach this potential you will need to power it up with Candy XL. They are typically still good choices without this, but if they are far from the 1500 XP cap you will either want to power them up more or look for other options.

So those are the best Pokémon for Great League in April 2021, but what about the Remix playlist?

There will be a lot of overlap between Great League and Great League Remix’s tier lists, but the key is to understand which species are banned and how that will impact the meta. Things will change as players get into the new league and figure out what works, so be ready to change up your team based on experience. And to do that you’ll need to know the most important part about Great League Remix: which Pokémon are banned.

Which Pokémon are Banned from Great League Remix

Here’s the banned Pokémon list for Great League Remix. No players can choose these for their team.

So now that you have that list you can start to form your team. Since this is a brand new playlist we have listed the top ten best Pokémon to pick for your team. As players test it out we may be able to form tier lists based on the current meta, but this should get your started as Great League Remix rolls out in April 2021.