More Meowth balloons may be on the way 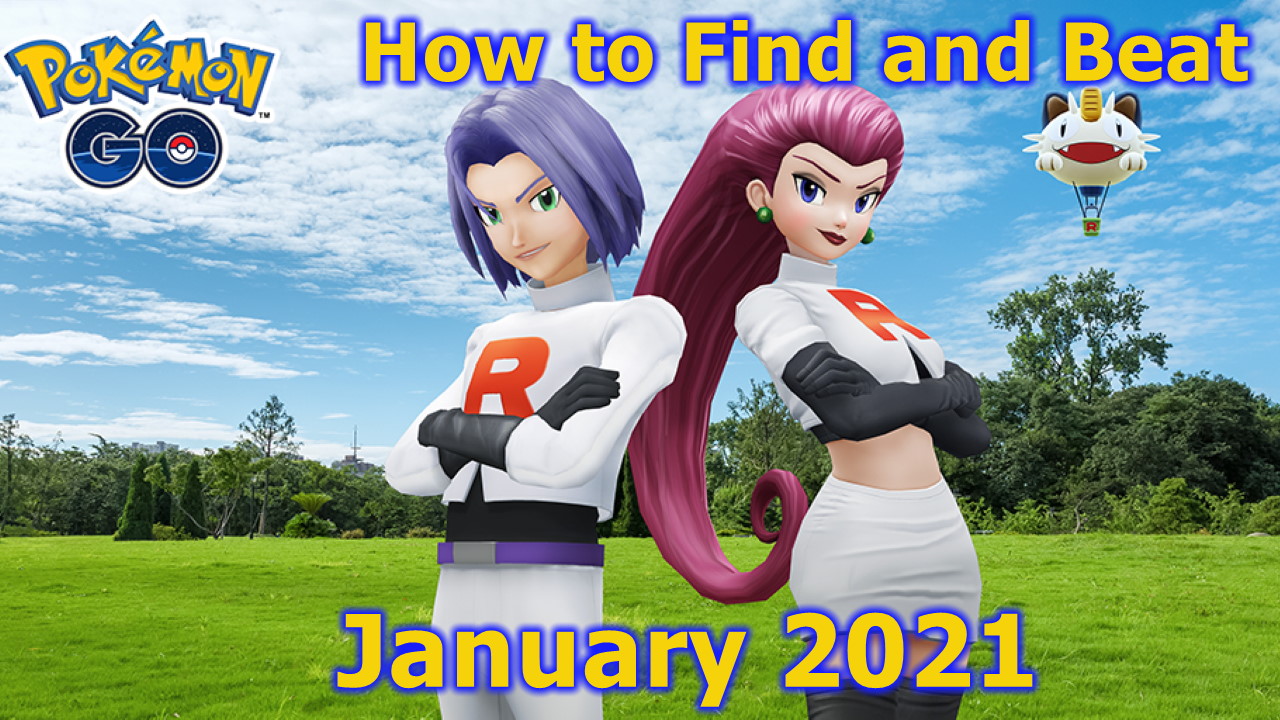 While Team GO Rocket may be the main foe of Pokémon GO, the old classic team of Jessie and James still pop up from time to time. Lately they’ve been appearing pretty regularly and this is expected to continue into the new year. Appearing only from the Meowth balloons that seem to spawn randomly, there are patterns to exploit if you want to fight these two and their team of powered up Shadow Pokémon. Here’s how to find and beat Jessie and James in Pokémon GO for January 2021.

Note: The Pokémon team used by Jessie and James can change at any time. We are crafting this guide based on the best info we have at this time. If things change we will update as soon as we can, so check back for any news or info on new counters you may need.

When do Meowth Balloons Appear

In order to find Jessie and James you’re sort of stuck relying on luck. As I said, they only appear from Meowth balloons that pop up when you first open the game at specific times. Those are any time after midnight, 6am, noon, and 6pm in your local time. Opening the game within these six hour windows will cause a Team GO Rocket or Meowth balloon to appear in the sky for the next 20 minutes, so make sure you beat them within that window.

Meowth balloons occasionally have their spawn rate boosted, such as during a Christmas event recently. However, most of the time they are pretty rare. Estimates put it somewhere between 5% and 25% for players, but it’s likely in the middle of that range. So the only way to encounter Meowth balloons and find Jessie and James is to check every six hour window to see if you got one.

How to Beat Jessie and James

Below are the best counters against Jessie and James in Pokémon GO, so skip ahead if you know how this all works and just want to pick the right team. However, there are some easy and quick tips you can follow to beat them easier and faster. For one thing, unlike most Team GO Rocket grunts and leaders, Jessie and James use their strongest Pokémon as their first choice, so that opens up some strategy.

As usual, Jessie and James will pause their attacks if you swap Pokémon or use a charged attack. Using this you can eliminate their starter Pokémon quicker by having your actual lead in the second or third spot then swapping to them immediately. Use this time to gain energy for the charged attack (which hopefully is a short one) and you’ll cause another pause and possibly repeat this cycle until you beat them.

But to beat Jessie and James you still need to be using the best counters, so check them out below.

Counters Against Jessie and James for January 2021

Thankfully both Jessie and James use the same three Pokémon every time you fight them. While this team may get a shakeup soon, we’ll be sure to update this guide when that happens. So check back later, but for now these are the best counters to use. Below is the Pokémon they will be using and a few counters with the best moveset against them.

How to Beat Jessie

How to Beat James

And that’s all you need to know about how to find and beat Jessie and James in Pokémon GO for January 2021.