Get Shadow Snover and Stunky by fighting these Grunts 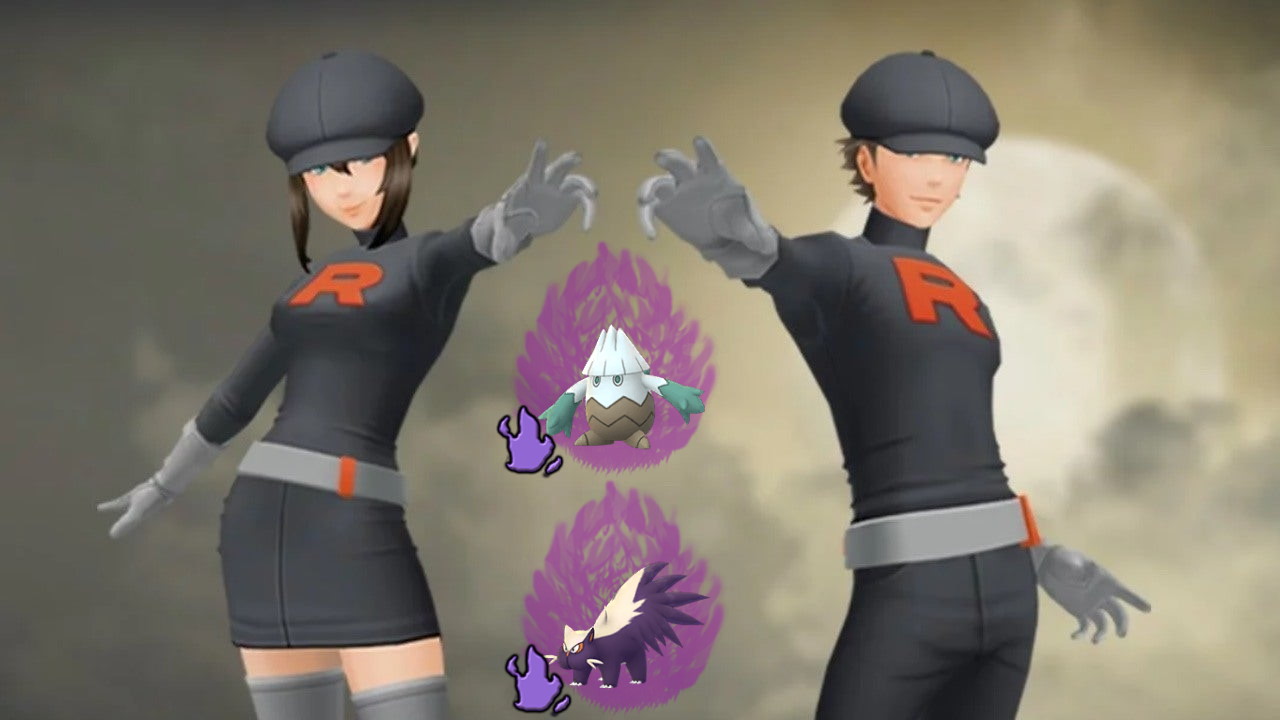 The Sinnoh Collection Challenge is on in Pokémon GO, and players have just a few days to complete the set and get all the rewards. One new addition to this second Collection Challenge is the inclusion of Shadow Pokémon, which require players to do battle against Team GO Rocket grunts to catch the wily creatures. Of course, this leads to a lot of randomness since you never know when the right grunt will show up. To help, here’s which Team GO Rocket grunts have Shadow Snover and Stunky in Pokémon GO.

Let’s start with the easier of the two, since this one is at least guaranteed if you get the right phrase. When encountering a Team GO Rocket grunt, which can be done any time you see one at a Poké Stop or once within every six hour period starting at midnight. When opening the game for the first time in this window a Team GO Rocket balloon will appear and stay for the next 20 minutes.

Tap it to encounter the grunt and if they say the phrase “Wherever there is light, there is also shadow” then you know that they will have Shadow Stunky as their first Pokémon. Beat them in battle, which should just require your top Fighting, Ground, Water, or Rock character and you will be given a chance to catch Shadow Stunky unless you get unlucky and encounter the second Pokémon in their team.

Shadow Snover is the real challenge in the Sinnoh Collection Challenge as you not only have to find the right Team GO Rocket grunt, but you still have about a coin flip of whether they have Snover. To fight the Ice type Team GO Rocket grunt watch for them to say the phrase “You’re gonna be frozen in your tracks.” If they do, it means their team will consist of Ice Pokémon, and there’s a 50% chance the lead character will be Shadow Snover. Beat them, using powerful Steel or Fire type Pokémon and you’ll get a chance to catch Shadow Snover unless you get really unlucky like we describe above.

So that’s a quick explanation of which Team GO Rocket grunts have Shadow Snover and Stunky, and which phrases they say in Pokémon GO.