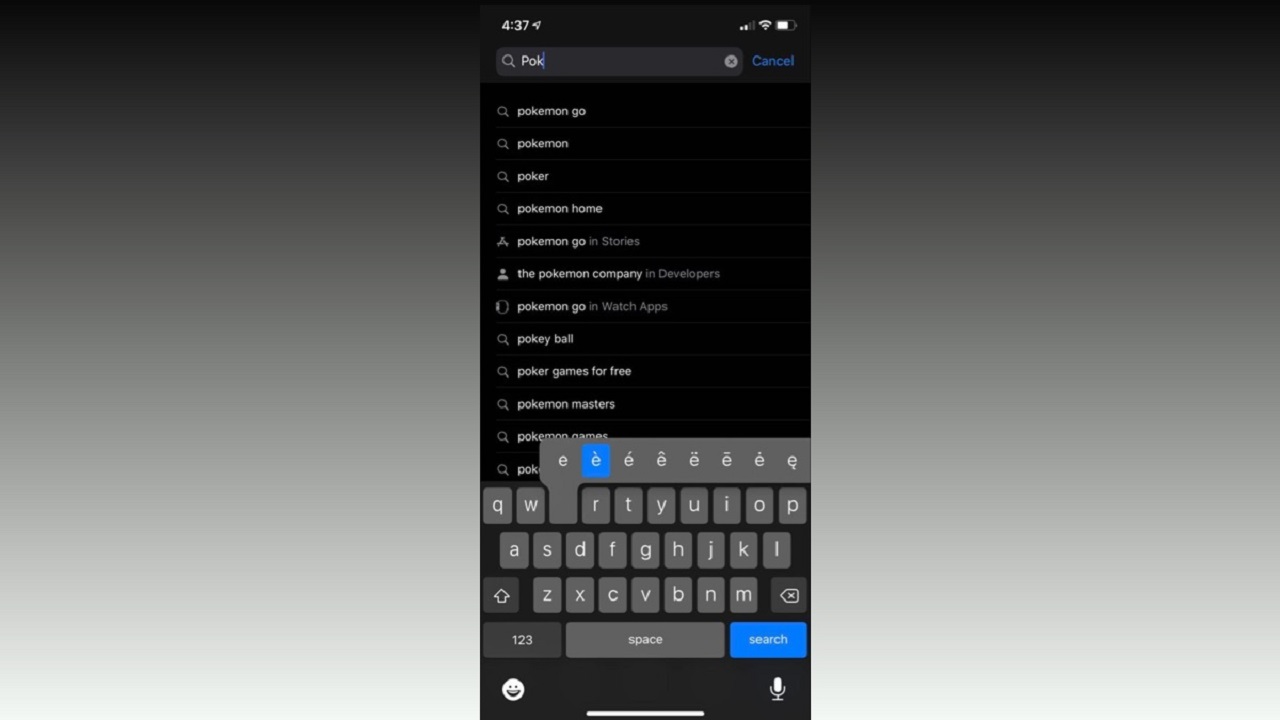 Pokemon Home was announced months prior to the release of Pokemon Sword and Shield as a way to store all of your Pokemon moving from Pokemon Bank upward into Pokemon Sword and Shield. Pokemon Go is also part of the mix here as well, which meant a Pokemon Home app for mobile devices was very important. We already broke down how to get and use the app, but those who went to download the app on iOS directly may have noticed a bit of a problem.

While most of us type the series out as Pokemon, technically the name is Pokémon with the accent over the e in the name. That makes it pronounced as Po-keh-mon versus Poke-mon, though it’s not always written that way.

Searching the App Store for simply “Pokemon” will bring up apps like Pokémon Go and Pokémon Masters, but for some reason it will not bring up Pokémon Home. Even if you type in directly “Pokemon Home” without the accent, the app will not show up on the App Store list on iOS. This may make people think the app isn’t launched on iOS yet, which is not the case.

You would assume that actually typing out the name with the accent would make it show up, but that’s not technically true either. Instead, you actually have to use a different variant of the accent, which can you see in the image at the type of the screen. To get these options to show up, hold down the e key on your iOS device and the options will pop up. Rather than the acute accent that is correct in the Pokémon name, you instead have to select the second option, which is known as the grave accent.

Now if you spell out the rest of the game as “Pokèmon Home” and search, it should show up in your list of apps to choose from. This is even though the app listing itself is spelled correctly as “Pokémon Home.” If you try that variation of the name in the search, the app will not sure up either. This is just something that was entered incorrectly by the App Store that will likely be fixed before too long, but for now this is the only way to find it directly by searching on your iOS device.

Home / Game Guides / Pokemon Home – How To Download On iOS