There are a few ways to go about acquiring the bagworm-inspired Wormadam in Pokemon Legends Arceus, and those avenues are opened up to the players relatively early during their playthrough of the newest Pokemon title. For players who aren’t as focused on the premise of completing the Pokedex and getting their research levels up, a Wormadam will be required later down the line for Request 63, Fancy, Fashionable Wormadam. So it is probably a good idea to keep an eye out for these Cloaked up bugs, and how to acquire them.

Where can Wormadam be found in Pokemon Legends Arceus?

Wormadams are random encounters that can be found from harvesting the fruits or berries off of trees during a player’s traversal of the Hisui Region in Pokemon Legends Arceus. This is a feature that is generally made known to the player around the time that the player becomes a First Star member, where they’ve unlocked access across the bridge in Obsidian Fieldlands from Aspiration Hill to Deertrack Path. The players may have stumbled upon Apricorn trees that were shaking, which when interacted with, will most likely have led to an encounter with a Burmy.

If the Burmy in question is female, then acquiring a Wormadam is as simple as leveling that Burmy up to level 20, and evolving it into a Wormadam. if the Burmy in question was male, however, then the only thing that a player will find at the end of leveling and evolving said creature will prove to be a Mothim, which is not the Pokemon desired in this instance. For players that have unlocked the consecutive regions following the first, the spawns are going to be Wormadams instead of Burmys, which just leaves the process of fighting and catching the bug. 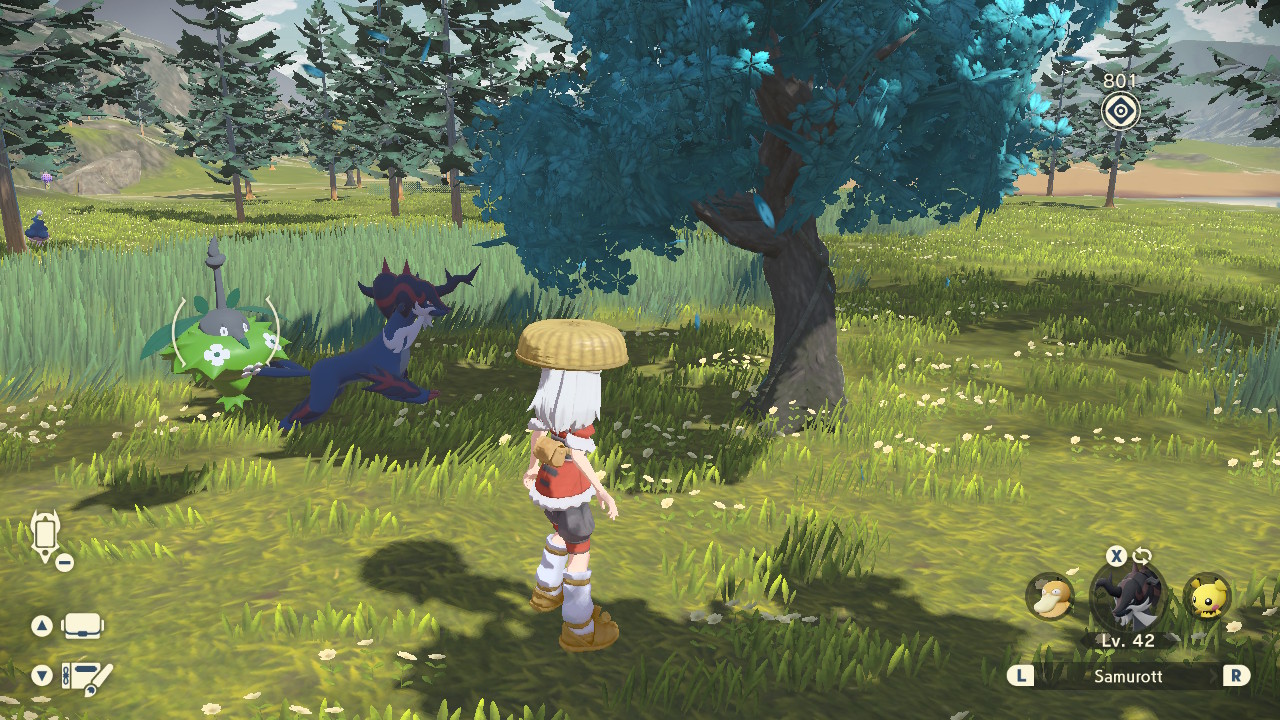 For players who are interested in going above and beyond for their bug collection, it is necessary to point out that the Pokemon has three different forms with different secondary typing depending on where they are caught. Obsidian Fieldlands is where the Plant Cloak version is discovered, with its typing being Bug and Grass. Whilst Sandy Cloak Wormadams can be found at Coronet Highlands and Crimson Mirelands, with its earthy colors indicating its now Ground secondary typing. Last but least, there have been reported sightings of Trash Cloak Wormadams in the regions of Colbat Coastlands and Alabaster Icelands, which in this instance holds the secondary typing Steel.

Though this is not to suggest that Wormadams and Burmys are all the Pokemon that can be found from shaking trees, they are certainly the most likely pokemon that you’ll find yourself disturbing during the course of harvesting berries and fruits during one’s scavenge for resources. As such, it certainly wouldn’t hurt to put them to some use if need be.

Pokemon Legends Arceus is available now on the Nintendo Switch.

Attack of the Fanboy / GAME GUIDES / Pokemon Legends Arceus: Where to Catch Wormadam