Pokemon Sun and Moon Guide: Which Starter is Best and Which to Pick 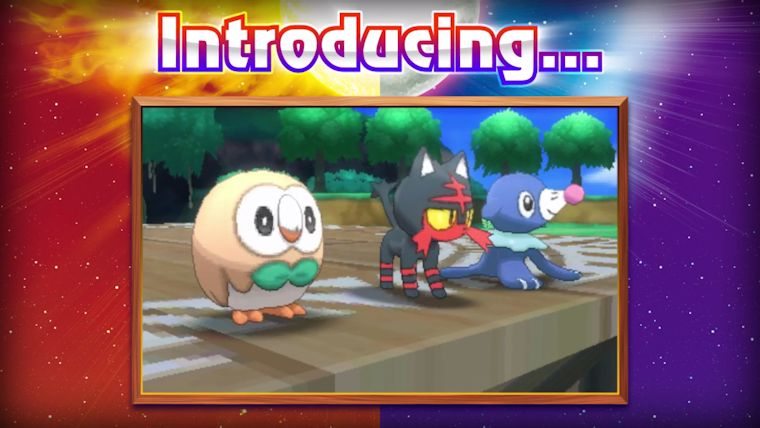 It’s the start of a brand new generation of Pokemon. Yes, Pokemon Sun and Moon have officially launched in most of the world, which means millions of gamers are setting out on another grand Pokemon adventure. As always, this adventure starts with a very important decision, which starter Pokemon to pick. Many will know right away which they want, but others might be confused. While there’s no definitive answer, we’re gonna break down which starter is best in Pokemon Sun and Moon.

Again, there is no definite “this starter Pokemon is best”, but there can be one that is best for you. With that in mind, we’ll give you all the info about the starters and their later evolutions. Some might consider this stuff spoilers, so avoid if you are worried about that. There won’t be any story spoilers though, so most players will be fine. So, with all of that out of the way, here are the starters in Pokemon Sun and Moon.

They are: Rowlet, Litten, and Popplio. Rowlet is Grass/Flying type, Litten is Fire type, and Popplio is Water type. Honestly, your starter is important and can be a powerful Pokemon later in the game, but if you’re just wanting to have fun, I would initially suggest you pick the starter that you think has the best design.

But if you’re reading this, you probably want to know more, so here we go. A starter is important for how the game begins, but the real questions are, what will their final evolutions be like. Rowlet becomes Decidueye and shifts to Grass/Ghost type, Litten becomes Incineroar which is Fire/Dark, and Popplio becomes Primarina which is Water/Fairy.

These types will fit very differently with whatever team you are wanting to create, so use this info to decide, if you have a specific style team in mind. They also have special abilities that could help you, Decidueye has Long Reach which lets him use his moves without making contact with the opponent. Incineroar has Brutal Swing which inflicts damage on everything in its vicinity. Primarina has Liquid Voice which makes all sound-based moves become Water-type moves.

Finally, let’s just straight compare them (in case you haven’t decided for yourself which starter is best in Pokemon Sun and Moon). Decidueye is decent, but does have some stat problems for long term, competitive play, so unless you prefer his design or typing you might want to avoid. Primarina has very good typing thanks to becoming Fairy type, and its extremely high Special stats will be a boost for many. And Incineroar is simply a tank, dealing tons of damage and being able to take more. All three have speed issues, but that can be countered with some work.

If you’re just looking to deal damage, go with Litten, if you want more nuance go for Popplio, and if you’re willing and able to put some work in (Decidueye’s Spirit Shackle move is deadly) you can choose Rowlet.

Of course, Pokemon Sun and Moon are just out, so as the game evolves these things could change. If you think we missed something, be sure to let us know in the comments.

Home / Game Guides / Pokemon Sun and Moon Guide: Which Starter is Best and Which to Pick