Pokemon Sword and Shield – How To Beat Dynamax Mewtwo

Perhaps the toughest battle in the entire series. 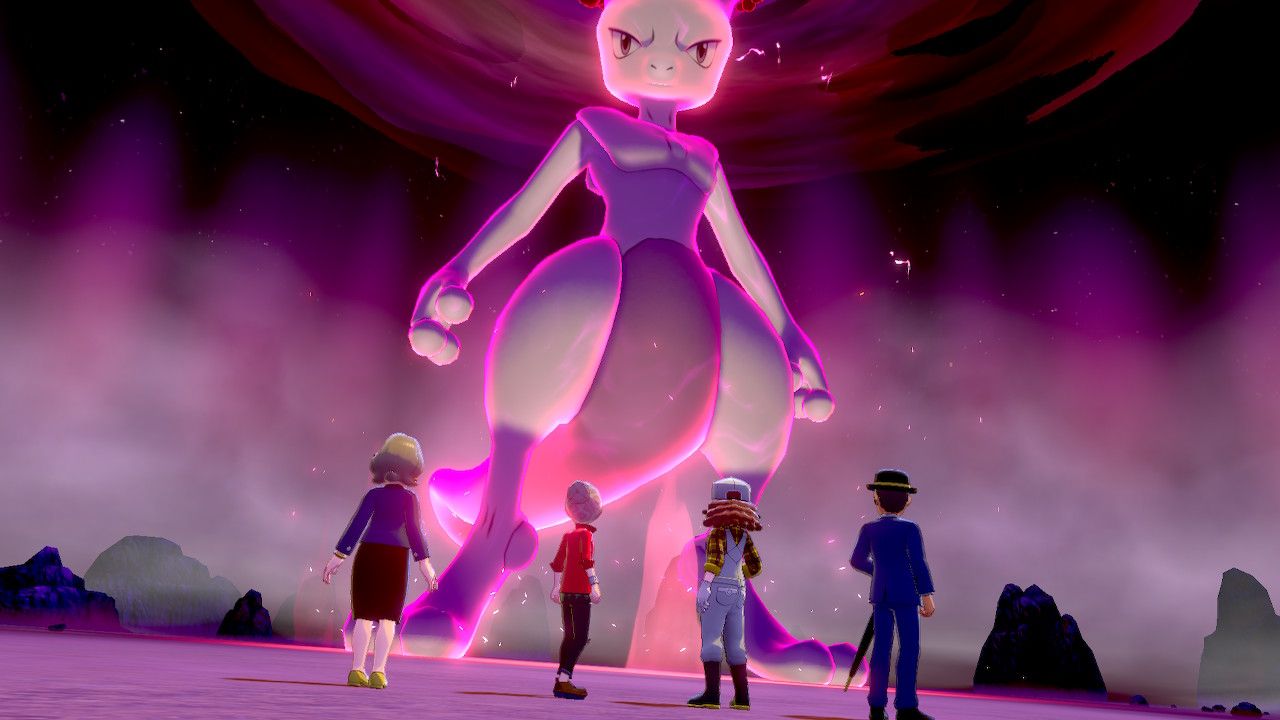 Pokemon Sword and Shield introduced a number of new elements into the mix when they released back in November, with the addition of Raids being one of the biggest. Exclusive to the Wild Area, you will find various Pokemon Dens where you can face off against certain Dynamaxed or even Gigantamaxed Pokemon with help from three other players, whether they be live players or AI players. There have been some very difficult Raids, but the latest that has been added may be the toughest battle in the entire Pokemon series against Dynamax Mewtwo.

How To Beat Dynamax Mewtwo

Before we get into the battle itself, this Max Raid is a little different from the rest, as you cannot catch Mewtwo when you defeat it. Instead, you will just get a number of standout rewards for completing it. That is something you will definitely want to know before trying this battle, so you’re not especially disappointed at the end after barely defeating it.

While most of the Raids in Pokemon Sword and Shield can be beaten with just you and three AI players, you are almost certainly not going to have such luck against Mewtwo. The first step here is to get a group of three people to take on this Raid with, whether that be friends or using locations like the game’s subreddit or Discord channels to find people to try it with.

The Mewtwo you will be facing in its Dynamax for in these Raids is an absolute beast, being level 100 and a number of different attacks that can hurt you. In fact, Mewtwo has more than the usual four moves, so you are going to have to be ready for a number of them. Mewtwo has far from just Psychic moves too, as it can pull out attacks that include Fire Punch, Earthquake, Brick Break, and Rock Slide as well. As a result, just about your only chance in this fight is to throw our four level 100 Pokemon of your own, each with useful items that can help you in the battle.

Not only can Mewtwo put up shields to protect itself, it uses moves like Bulk Up and Calm Mind to make it even stronger. As a result, you are going to absolutely have to have some sort of protection yourself. This is where you need someone that can put up Light Screen and Reflect very early in the match, with Grimmsnarl being a fantastic option here, especially if it has the Pransker ability. Grimmsnarl is a Dark/Fairy type, so you have a good advantage on Mewtwo and can hopefully survive most of its attacks without any of them being Super Effective. Using Taunt before setting the Light Screen or Reflect can also be a good idea. With the typing and ability to get shields up fast, having multiple Grimmsnarls in the battle can even be an effective strategy here as well.

On the other side, having Marshadow around can be very helpful in the battle. If you are going to use Marshadow, you absolutely have to have Spectral Thief as one of its moves. This is the main reason you’ll be using Marshadow as it can remove buffs, which can really help you out against Mewtwo.

More on the offensive side of things, using Dawn Wings Necrozma with an Assault Vest on and most definitely the Moongeist Beam move. This is going to be the strongest attack against Mewtwo and use it until it is gone. You just have to be very careful, as Mewtwo has Pressure and will reduce your PP of used attacks. Either use PP Up to help here or try to avoid using that attack against the Shield, as those are more wasted uses of the strongest move than anything. Having Dark Pulse as a backup is also helpful for use after Moongeist Beam’s PP is all used up.

If you go with a lineup of Grimmsnarl, Marshadow, and Dawn Wings Necrozma, that leaves one more Pokemon to go in the party. For this one, you could go with two Grimmsnarl or possibly even a Tyranitar. Tyranitar could be vulnerable to some attacks Mewtwo uses, but it is really a tank and can handle some of the strongest moves that Mewtwo dishes out, while also being invulnerable to its Psychic attacks.

If you are not able to take down Mewtwo on your first or even subsequent tries, don’t give up. This Raid is easily one of the hardest battles in the entire Pokemon series, so follow the strategies above and go take down Mewtwo before it leaves the Max Raids 6:59 PM ET on March 1.