Pokemon Sword and Shield – How to Breed Pokemon

The nursery allows you to leave Pokemon and they could give you an egg. 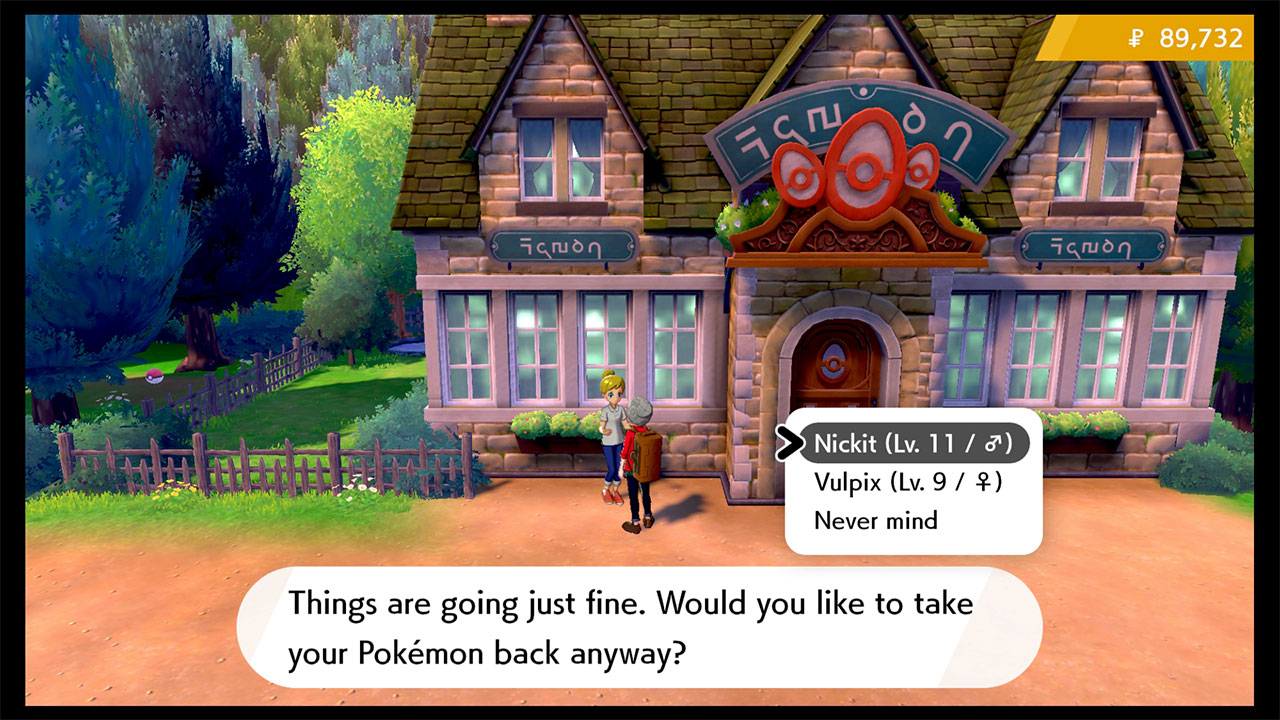 In Pokemon Sword and Shield you can breed Pokemon, but you won’t be able to do it until you’ve reached the nursery.  Once there, there are some unique rules to breeding Pokemon in Sword and Shield as you’ll need to find similar species and leave them with the nursery attendant with only the hope that they’ll leave you an egg.

The Nursery is located on Route 5, but breeding is better late-game.

The woman outside the nursery on Route 5 will be able to take your Pokemon for a fee and care for them.  You’ll find this Nursery between Turffield and Hulbury.  You can leave any Pokemon in the nursery’s care, but if you want to get eggs you need to leave two Pokemon there that are male and female.  You will almost certainly get an egg from the nursery if you leave two of the same species with different genders.  However, if the species aren’t the same but similar you may still get a Pokemon Egg.

There are some species combinations that will never leave eggs.  What we found to be the most guaranteed way to get an egg is to find two of the same Pokemon with one being a male and the other a female and then bring them to the nursery and let them stay for 20 minutes (around).  Go back to the nursery and you the owner’s daughter will say that they have found an egg.

Once you have the egg you need to put it in your party if you want it to hatch.