Pokemon Sword and Shield – How To Evolve Blipbug Into Dottler

You will find this Pokemon very early in the game. 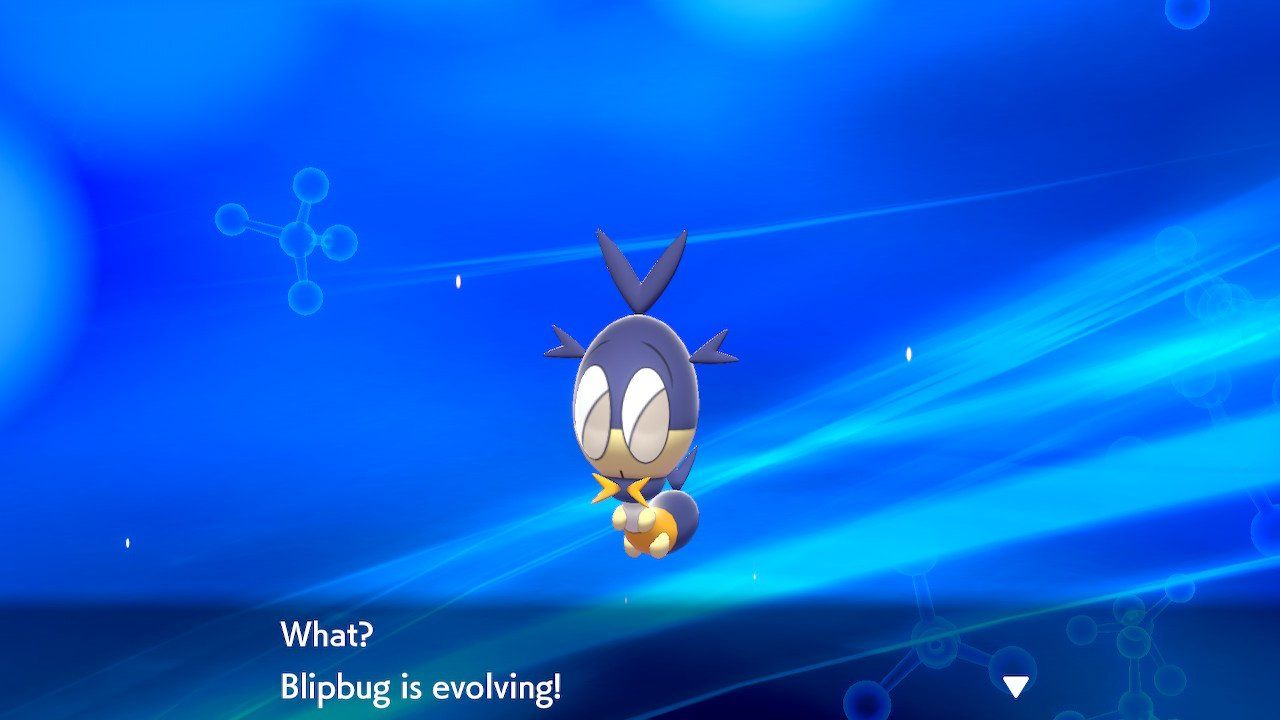 Pokemon Sword and Shield have a lot of new Pokemon introduced in it, with the very beginning of the game giving players a lot of new ones to choose from. One of those you will come across very early is known as Blipbug, which is also likely one of the first you will see evolve in the game as well. This guide will detail a little about Blipbug and just when he evolves.

Blipbug is an all new Bug type Pokemon found in Pokemon Sword and Shield that basically is the equivalent of the Caterpie and such that each generation has. This Larva Pokemon evolves pretty early too, so with the game’s EXP Share with the whole group always being on, you will level up before long.

To get Blipbug to evolve, you simply have to raise him to be a certain level in the game. Once Blipbug hits level 10 in the game, it will start to evolve into Dottler. Dottler is even better, as it is not just a Bug type, but also a Psychic type that learns Confusion as soon as it evolves.

This is not the end of this evolution line either, as Dottler also has a further evolution to come a good bit later. Unlike some of the second Bug type forms in the past, Dottler is no joke with the Psychic typing, so it’d be wise to add this Pokemon to your party as soon as you can get Blipbug evolved.