Make short work of enemy Pokémon that are further away. 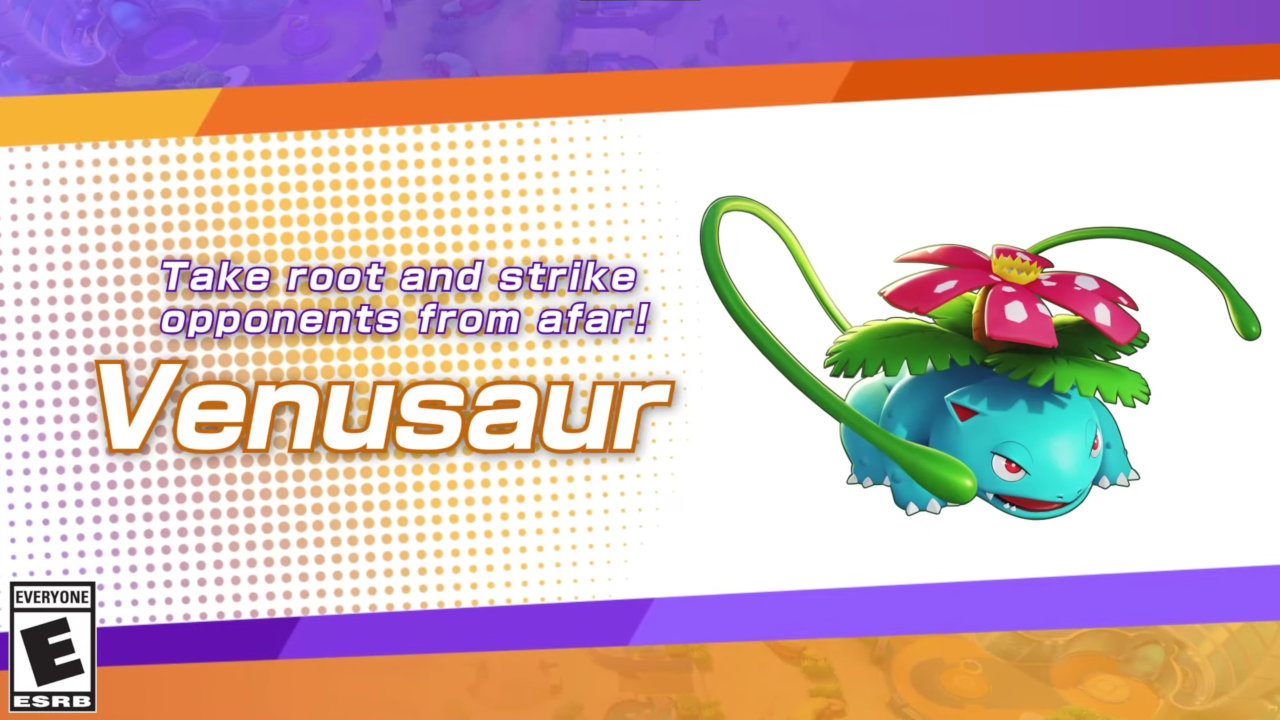 Venusaur is an interesting case in Pokémon UNITE. At first glance, it feels like something is missing from this oversized, toad/ plant-like creature. That is until you understand its gimmicks and how to handle it properly in a match, and in teamfights. Classified as an Attacker, Venusaur is supposed to dish out lots of damage, from afar. It can do exactly that indeed, but compared to Pikachu, another similar Attacker, Venusaur feels much slower and not as ‘destructive’ as the yellow mouse. This is true, to some extend, but that is only because Venusaur’s power lies elsewhere, as we explain below.

Best setup and build for Venusaur in Pokémon UNITE

Venusaur is not fast. Its moves are also on the slower side, for the most part, hence making this Pokémon feel like an aggressive Defender, rather than Attacker. The reason why, is because Venusaur is not a straightforward, damage-dealing machine, but rather a trickier fella. Almost all of its moveset is composed of AoE, burst-ish attacks or abilities that linger for a while as a DoT (Damage over time) effect. It lacks mobility to a great extend, so instead of finding ways to reverse that, what you need to do is to compliment its slow gamestyle the best way possible.

Out of all Attackers, Venusaur is the bulkier of the bunch, making it a great choice for holding down waves of enemies, easily controlling the flow of a lane or a teamfight. In fact, its ‘laning’ power is absurd, since together with Gengar as teammate they can destroy an enemy lane without effort at all. Considering both Pokémon are good at dealing DoT damage and their moves do hurt a lot as well, they are one of the best combo in the game. As an Attacker someone may fall into the assumption that you need to rush down things fast, but Venusaur is all about taking its time and hurting someone only when possible. The best you can do to utilize its great arsenal, is to support your team by holding lanes and leave scoring points as a secondary task.