Pokémon UNITE – How To Unlock All Pokémon For Free 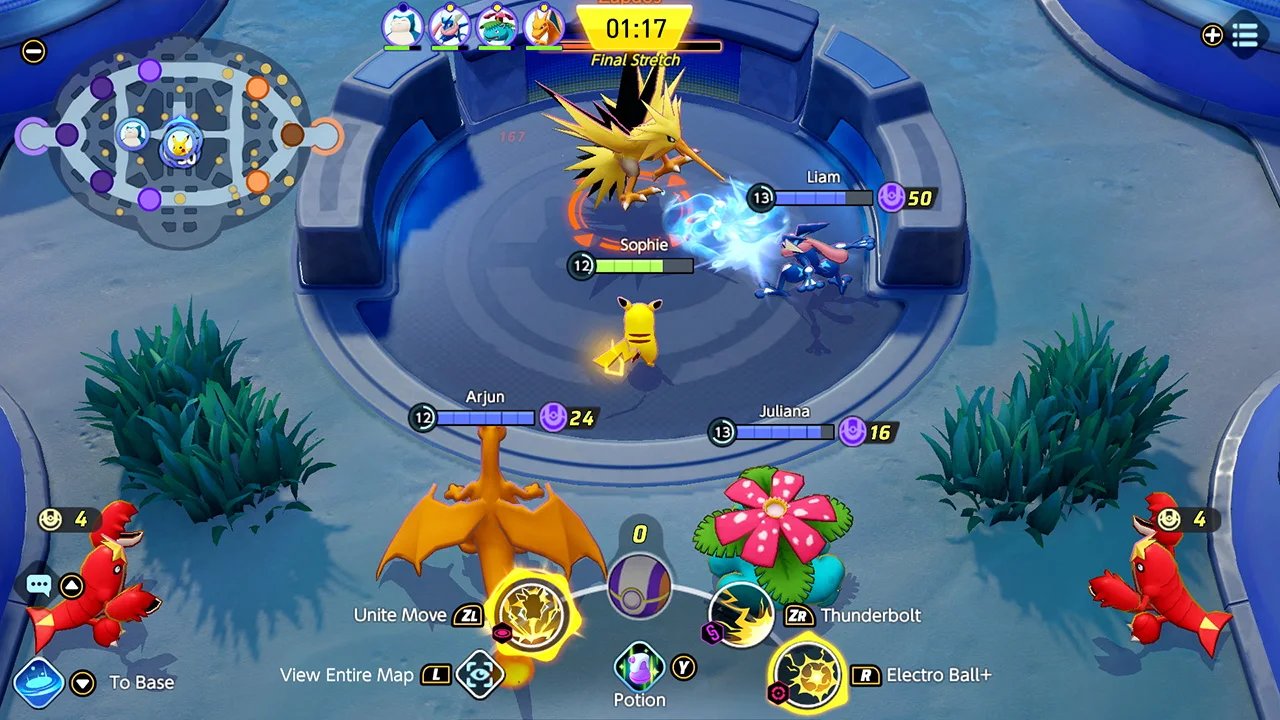 Pokémon UNITE is the latest spinoff in the long running Pokémon franchise, this time taking the form of a MOBA. As anyone who knows anything about MOBAs should know, characters are at the forefront of any game in the genre, which makes Pokémon a perfect fit. The game just launched for Nintendo Switch and has a number of different Pokémon for you to use, though you are limited to just one at the start. From there, you will have to work to unlock the rest and this guide will tell you just how you can do that without paying any real life money.

How To Unlock All Pokémon For Free

When first starting up Pokémon UNITE for the first time, you will get one Pokémon license that you can use to choose between Pikachu, Charizard, Snorlax, Eldegoss, and Talonflame. After that initial license, you can either choose to just spend money to actually buy the other Pokémon, earn them in game through unlocks in some cases, or the most likely route of spending in-game currency you grind out to get them.

In Pokémon UNITE there are two types of currency that you can use. The first of these are Aeos Coins that you earn in the game itself by winning matches, while Gems are purchasable with real world money.

The second Pokémon you’re going to be able to have access to should be Zeraora, at least if you are playing the game around launch. By signing into the game by August 31, you will get a Zeraora license that you can use. There are also a few other Pokémon you can unlock without spending any form of currency.

Once you start playing, a new beginner mission will unlock each day that you will have 30 days total to complete. By completing the seven beginner missions, you will gain access to a Crustle license. There are also two Pokémon that unlock when you reach certain levels, which are Slowbro at level two and Venusaur at level five. Lastly, by playing the game for two, eight, and 14 days, you will earn licenses for Alolan Ninetails, Cinderace, and Greninja respectively.

From there, the rest of the Pokémon at this time have to be unlocked by spending either Aeos Coins or Gems, which you can technically also spend to buy the aforementioned unlockables except for Zeraora, but that would just be a waste of currency. Below are the full list of Pokémon and the cost to unlock each of them.

And that’s our guide for how to unlock Pokémon for free in Pokémon UNITE. Just keep playing and grinding to earn more Aeos Coins to unlock everything for free, though spending real money will definitely be a lot faster.