Psychonauts 2 – How to Beat Lady Luctopus

Defeat Lady Luctopus and save your fellow interns 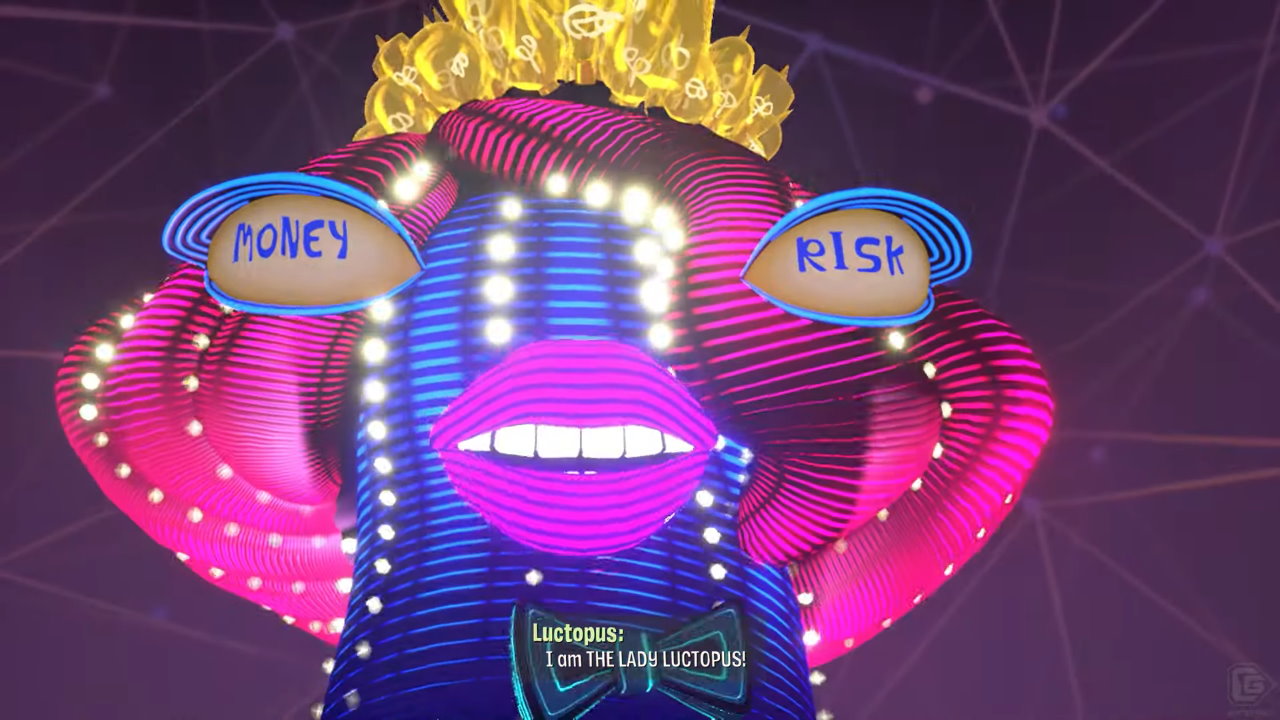 One of the first bosses you will encounter in Psychonauts 2 is Lady Luctopus, the manifestation of an unfortunate gambling addiction Raz may have had a hand in creating. This massive creature is unreachable from the ground and requires a bit of work to take out. Some might even call it a puzzle, and they wouldn’t be too far off for how this boss operates. To help you solve it, here is how to beat Lady Luctopus in Psychonauts 2.

How to Beat Lady Luctopus

Once you figure out the trick for how to beat Lady Luctopus it’s actually a pretty easy fight. Her bombs are tough to avoid though, so even figuring it out can take some time as you get pelted with explosions and other obstacles. However, while these are annoying, they are also the key to beating here.

When Lady Luctopus starts tossing light bulb bombs at you just avoid them, but try not to set them off. Not because they might hurt you, but because you’re going to use them to hurt her. Use Telekenesis to grab any of the bombs then look toward the raised tentacle holding your fellow interns in their card forms. You should see a target there which you’ll throw the bomb at to destroy. In later stages this may take a few tries and will often have obstacles in the way, but the method is the same.

Once the light bulb goes in you have an opening to deal some damage to Lady Luctopus herself. Mental Connections will appear, which you can use to reach the back of her head. Just use your Mental Connection power to jump to them, land on the stack of chips, avoid  or kill the enemy and bounce up top.

Look at Lady Luctopus and you should see a shield covering the back of her head. Equip PSI Blast and use it to blow it away with three solid hits. Then Mental Connection toward her until you’re above the new opening with the large heart inside. Hit it with PSI Blast or drop inside and use your standard attack combo and you’ll chip away at her health. Eventually she’ll send you back to the platform and you will repeat this a few times, but that’s how it all works.

That’s how to beat Lady Luctopus in Psychonauts 2.