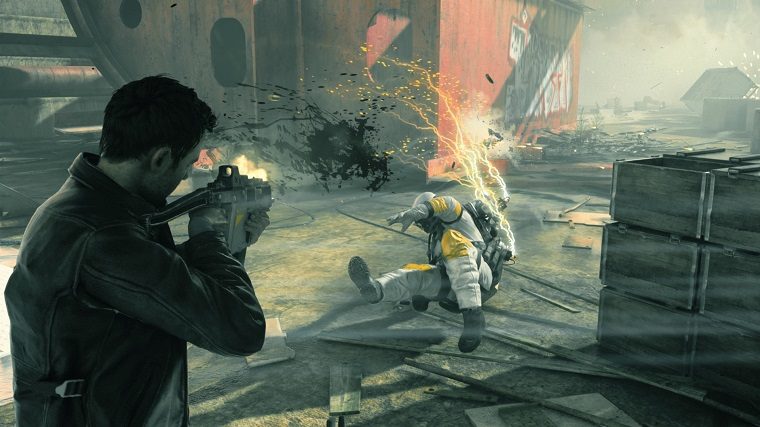 Quantum Break is unlike most of the other third-person shooters out there. This is mainly because Jack Joyce has many time bending powers that gives him the upper hand in battle. Here’s a few tips for people who are just starting out playing the game.

First of all, hiding behind cover all of the time is not the best way to take out enemies in Quantum Break. This is because many of the enemies in the game love to advance on your position and take you out from behind. Don’t play this like a normal third-person shooter because you will die if you don’t move around often.

During the latter half of the game, I moved around from cover-to-cover and made use of Joyce’s Time Dodge ability a lot. To use the Time Dodge technique, simply tap the LB button. If you see a group of enemies, it’s best to use the Time Blast technique which acts like a grenade. You can do this by holding the RB button.

If you see some fat bad guys, the best technique to use on them is the Time Stop. Just tap the RB button and you will freeze them. When they are frozen, just shoot them in the head lots of times and they will go down. If you are getting hammered by bullets, hold B for the Time Shield so you can recover some health.

Aside from combat, the most important thing you need to know in Quantum Break is knowing where to go. There are only a few puzzles that you need to solve, and most of them are easy to grasp. All you really need to do is actively press the Y button for the Time Vision ability.

The Time Vision ability comes in handy because it points out areas of interest. You may need to press Y to rewind time to get past an obstacle or find a clue. It’s also good to look out for the color yellow as that color indicates where you need to go. If you see yellow on a ledge or something, this means you can jump or climb on it.

If an obstacle is getting in your way, you can either tab RB to freeze time, or you can hold LB to slow down time. Either technique works if you see a door or some rubble what might be blocking your way or something like that.

Anyway, we hope this advice is enough for you to get past some of the sections in Quantum Break. The game isn’t all that hard to play, but some moments can get frustrating if you don’t adopt the right kind of strategy.