Remnant: From the Ashes – Which Class to Pick 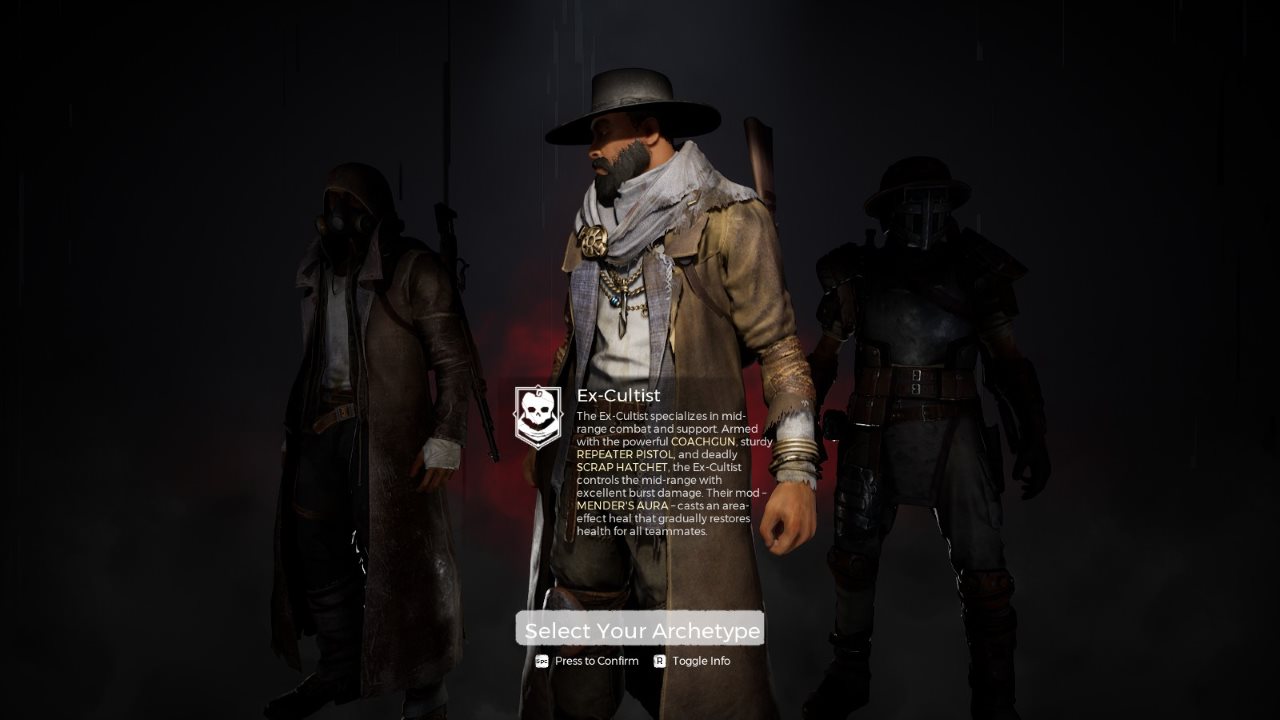 Before you set out in the post-apocalyptic wasteland of Remnant: From the Ashes on your own or with a friend, you have to decide what kind of character you’ll be creating. Not just in looks, which you should have already sorted out before the tutorial began, but in their stats and weaponry. Remnant gives you three choices here: Hunter, Ex-Cultist, and Scrapper; but which is best for you? Here’s which class to pick in Remnant: From the Ashes.

Which Class to Pick

Before we get into which is best for you, let’s break down what the three classes or Archetypes are. They’re actually more similar than they first appear, with the main different between all three being how close you expect to be to the enemies you encounter on your journey. Will you deftly eliminate them from far away, behind cover, and before any of them even know you’re there? Will you Leroy Jenkins your way into the middle of the pack and take them out with your skill and cunning? Or might you do both depending on the situation?

That’s the main question you have to answer to decide which class to pick in Remnant. Hunter is more aimed at long distance fighting, giving you a Hunting Rifle with better range than the other two choices. You’ll also start the game with the Hunter’s Mark mod, which lets you and your teammates see enemies through walls, giving you a tactical advantage over your prey. 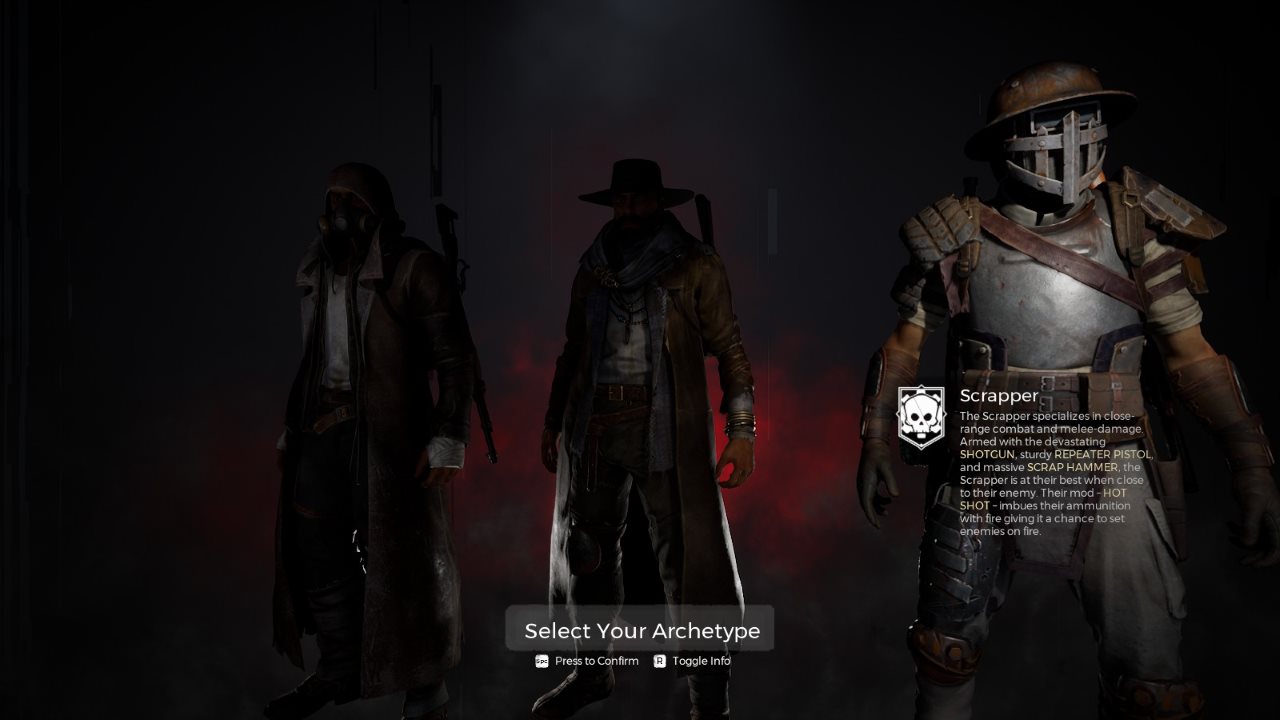 Scrapper is the more in-your-face focused class or Archetype. Choosing this will have you start with a very powerful shotgun. For your mod you get the Hot Shot ability which lets your bullets light enemies on fire, dealing extra damage. If you see yourself ending up in a lot of tough situations, in the middle of a bunch of enemies then Scrapper is the class for you.

Nestled comfortably between the two is the Ex-Cultist. This class’ default gun is a perfect summation of the overall feel of the character, with the Coachgun essentially acting as a slightly longer ranged shotgun. The Mender’s Aurora mod basically turns you into a healer for yourself and any teammates by your side as well, so if you’re the helping type this may be the one for you.

With all of that said, this choice may be important for the opening hours of Remnant, but it has little impact on the overall experience as a whole. There’s alsoYour starting class is just a base to build off of, and you will be able to branch off in whatever path you wish. Did you pick Scrapper but find the shooting mechanics well tuned enough that you want to try sniping? Rifles will be available to buy and upgrade later, and you can craft new mods as well. And if all else fails you can always create a new character and blast through the opening levels now that you know more about how the game works.

Home / Game Guides / Remnant: From the Ashes – Which Class to Pick