Make sure the dead stay that way. 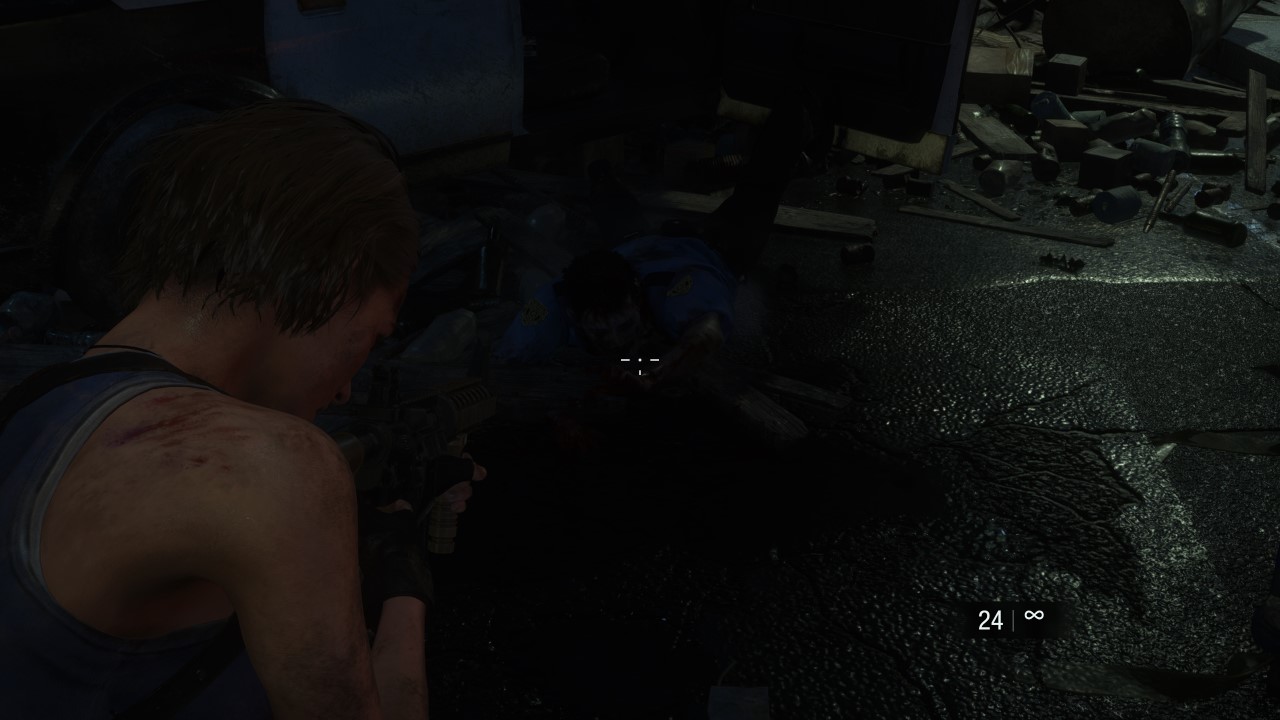 Nobody likes a zed that won’t stay dead, and in Resident Evil 3 the unruly zombies are more than happy to return and nibble on your neck. There are a couple of ways to ensure they stay down for the count, and to make your escape from Raccoon City less bitey.

Zombies can be knifed or shot while down, lit on fire, or have their heads exploded.

There are a handful of ways to keep the dead from rising up once more, though none are as successful as popping their brain-pan. This is a randomized critical strike, much like it was in Resident Evil 2 Remake, and the key to triggering it is to shoot zombies square in the forehead. I will reiterate: this is random, and pumping lead into their skulls does not guarantee a fleshy explosion, Scanners style. That mentioned, a zombie with its brains on the outside is a permanently dead zombie (Lickers aside, naturally).

If you down a zombie with it’s brains firmly intact you can still take it out of the fight. Using either your combat knife or gun (assuming you have the spare ammo), slash at or shoot the zed until it reels up with a dying gasp. Do bear in mind that if it leans back up it’s about to attack, so fall back. The knife doesn’t break in Resident Evil 3, by the way, so if you are not surrounded by zombies it’s a great way to conserve ammo and keep the bastards down.

Finally, explosive barrels and fire will kill zombies outright, though burning them to death can take a moment (and they will continue to lumber after you until they fall). Use the environment to your advantage, because a well timed exploding barrel can kill a gaggle of zombies with a single bullet.

It should be mentioned that some zombies will return no matter what you do as part of a scripted event. You can clear a room, pump round after round into every rotting forehead you see, and still see the dead rise upon return. This isn’t common, but if a zombie appears dead when you enter an area and a bullet doesn’t rouse it then expect it to attack you later.