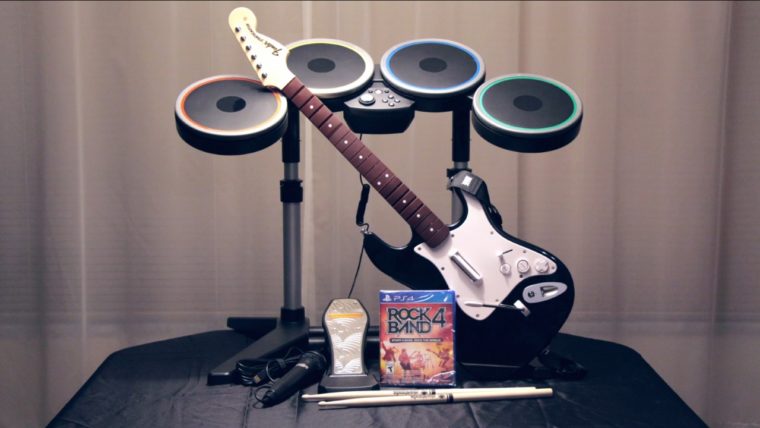 Update 2.21 has arrived for Rock Band 4, and here’s the full list of changes and fixes added with this patch.

Rock Band 4 may have come out all the way back in 2015, but developer Harmonix has now released a new update for the game in 2021. The update should now be available for both the PS4 and Xbox One versions of the game.

While no new songs have been added to the game, Harmonix has included new items to the Rock Shop. The developer has also added some new background music and some updated loading screen tips too.

We’ve just released a maintenance update that includes a bunch of new Rock Shop items that we will be featuring as Rivals rewards in future seasons.  We’ve also added more Placement and Tier Badges for you to unlock and showcase your rivals accomplishments.  All of this means that we’ll be able to support Rivals for the foreseeable future.

We’ve also added a proverbial fresh coat of paint to the game’s menus in the form of new background menu music and loading screen tips.

For more on this update, you can visit the official Harmonix blog. Rock Band 4 is out now for the PS4 and Xbox One systems.