Everything you need to know about utilizing Rage

As you might expect, Samurai Shodown has a super meter — Rage. What you probably didn’t expect, however, is that it has multiple uses and how it’s utilized can have a significant impact on a match.

Rage, as previously mentioned, is a meter that, among other things, helps fuel special techniques.

It’s empty when the match begins, but steadily increases as damage is received, with said increase proportional to the amount of damage taken (weak attacks provide small boosts, while stronger ones provide larger boosts).

This is where things get interesting though: though the typical option is for players to wait for their Rage Gauge to fill, enjoying all the benefits that come when doing so, there’s also the option to expend it all to activate Rage Explosion, a one-time powered-up state that provides several boons to the player.

Both have their own distinct benefits, so they’re worth discussing.

Like I said before, both Max Rage and Rage Explosion have their benefits, so you’d be better served thinking about in terms of opportunity cost instead of one being flat-out better than the other. 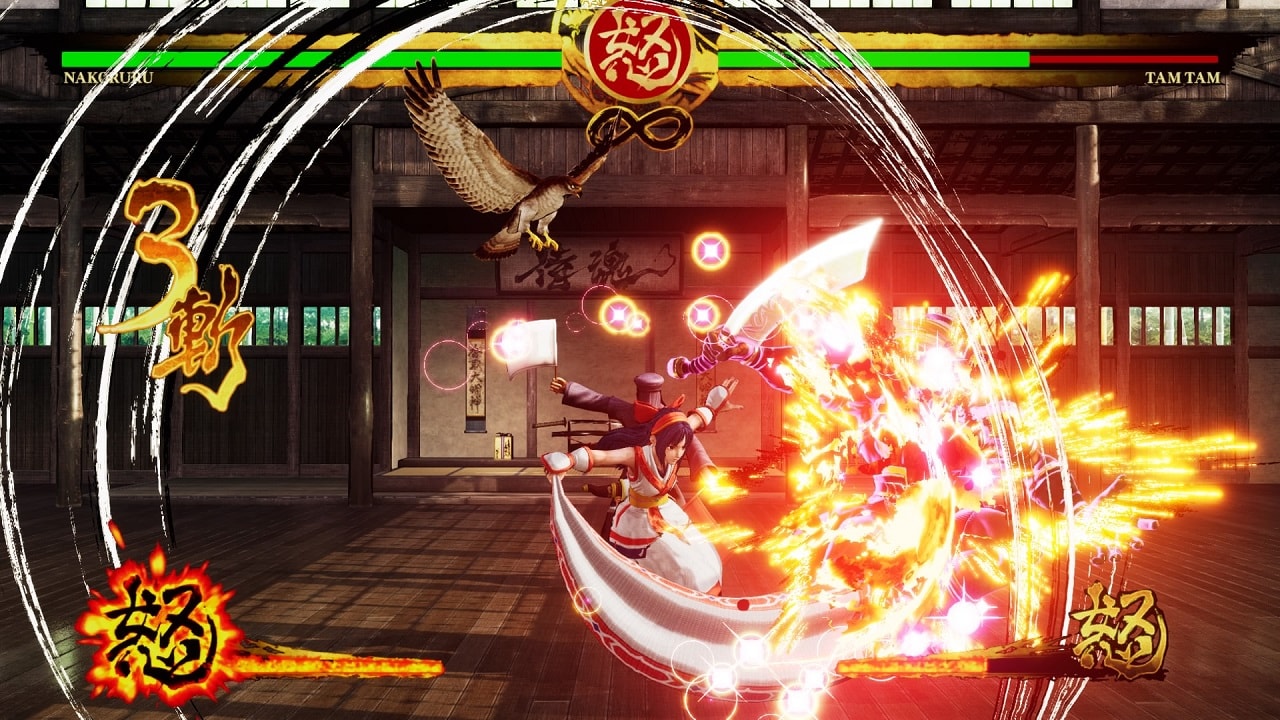 Once the Rage Gauge fills up completely, it will be in a state known as Max Rage which provides the receiving player with the following:

One thing of note though, is that Max Rage isn’t permanent — it will dissipate after a certain period of time, so it will need to be built back up from scratch.

On the other hand, Rage Explosion (5A+B+C/Light Slash+Medium Slash+Heavy Slash) can be activated at any time, but lasts longer when the Rage Gauge is filled more, meaning the activating player has longer access to the following:

Needless to say, your power is unparalleled in this state. However, it comes with one major caveat: it can be activated only once per match, and you’ll lose access to any Rage-related technique afterwards.

So, like I said before, neither of these is necessarily better than the other, but you do have to make some considerations when deciding which one to take advantage of. Rage Explosion might allow you to quickly end a round, but you have to be sure you’ll be capable of winning another round without any Rage to speak of.

Per usual, the choice is yours. Just be sure to weigh your options carefully.

That’s it for the applications of Rage in Samurai Shodown. You might be inclined to use one over the other when starting off, but true mastery only comes when you utilize both.