Learn how to defeat the Scaly Misbegotten boss in Elden Ring 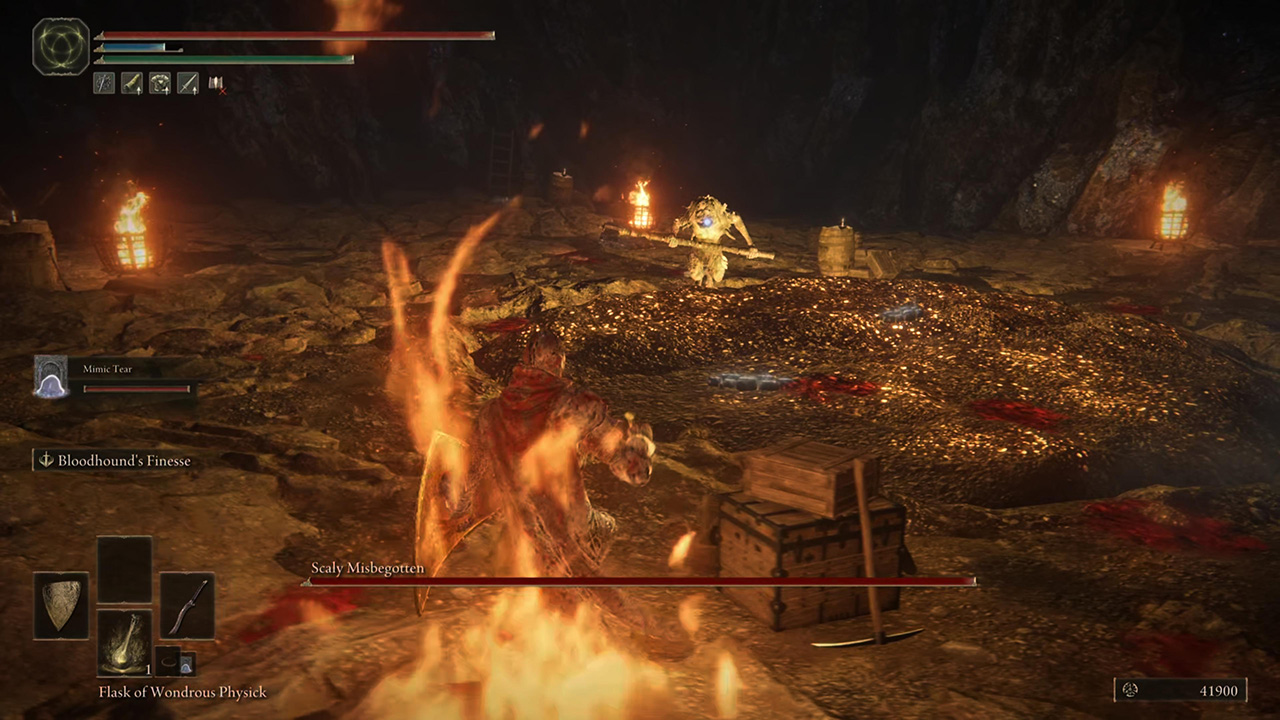 After making their way through all the dangers which are part of the Morne Tunnel dungeon, Elden Ring players will find themselves face to face with the dungeon’s boss, Scaly Misbegotten, a boss capable of dealing high damage thanks to its massive weapon and good range. With that said, and to help all players currently struggling to defeat the boss, here’s how to defeat the Scaly Misbegotten boss and get the Rusted Anchor Greataxe in Elden Ring.

How to Beat the Scaly Misbegotten Boss in Elden Ring

First of all, it’s important to point out that the boss has high resistance against physical damage but is extremely weak against bloodloss, poison, rot, and fire damage, so we advise you to make use of Elemental Grease to coat your weapon in flames or equip weapons capable of applying Hemorrhage or Poison on enemies, like the Bloodhound’s Fang Curved Greatsword, the Uchigatana, and the Serpentbone Blade Katana.

With that said, to beat the boss, just stay close to it and attack him when the opportunity presents itself, as, thanks to its wide swings, the boss will ofter be open to high amounts of damage. Staying close will also allow you to counter his savage advances, which will by far be his biggest weapon during the whole fight.

We also recommend that you make use of a Ashes summon capable of taking the bosses’ focus out of you, such as the Skeletal Militiaman Ashes, which are capable of not only staying on the field throughout the fight but are also capable of dealing damage to the boss. Using the Mimic Tear Summon is also highly advisable if you are having trouble with the boss.